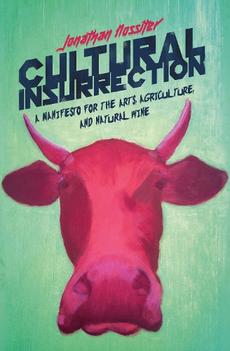 OTHER FORMATS:
ISBN: 9781590518267
ANNOTATION:
"Originally published in French as Insurrection culturelle in 2015 by editions Stock, Paris. "

"Originally published in French as Insurrection culturelle in 2015 by editions Stock, Paris. "

What if, ten years from now, an artist--a filmmaker, for example--will have become as marginal and anachronistic as a blacksmith? What if the actors in the cultural world are on the brink of extinction, not about to disappear like prehistoric animals, but worse--submitting to the status quo? Absorbed by a marketplace that increasingly devalues true artistic work? In Cultural Insurrection, award-winning filmmaker and sommelier Jonathan Nossiter considers these questions and offers a solution inspired by the rebellious, innovative figures transforming the way we produce and consume wine. This new generation of artisans, working closely with the earth to create exceptional natural wines, has assumed the role of dissenters that artists have abandoned, and we should look to them in order to revitalize contemporary art.

Jonathan Nossiter is a writer and prize-winning director of six feature films including Mondovino, which was nominated for a Palme d'Or. His previous book, Liquid Memory, won the World Gourmand Award for Best Book of Wine Literature. A trained sommelier, he's curated the wine lists for restaurants in New York, Paris, and Rio, including Balthazar and Il Buco. He was born in DC and now lives in Rome with his three children.

"[Nossiter's] writing is always provocative and entertaining. An audacious manifesto that restores the broken bond between culture and agriculture and finds vital inspiration for contemporary filmmaking in the natural wine movement." --Kirkus Reviews "The filmmaker and essayist Jonathan Nossiter has issued a bold and passionate call for 'a new cultural ecology.' Natural winemakers, farmers, and artists become coequals in a restoration of humanism and intellectual life that begins in the humble soil. Providing inspiring portraits of artisans who are already pointing the way forward, Cultural Insurrection is a bracing proposal for anyone in despair about the stranglehold of corporatism and celebrity on our souls and the environmental degradation of our planet." --Michael Greenberg, author of Hurry Down Sunshine

"What a firecracker of a book: a passionate, humane, wonderfully idiosyncratic call to arms that audaciously proposes the natural wine movement as a model for the insurrections our era so desperately needs, and succeeds brilliantly!" --James Lasdun, author of The Fall Guy

Praise for Mondovino: The Series : "Subtle, full-bodied, characterful, blessed with a long, elegant finish that keeps you thinking...likely to leave you thirsting for more." -- TIME OUT "Thought provoking, witty, and entertaining." -- USA Today "Although Nossiter set out merely to find the character behind the wine industry, he ended up with a poignant look at some important issues, including deforestation, the corporation versus the independent company, and even communism. The result is an inside examination of a world very few people see." --Peter Travers , Rolling Stone "A thoroughly engrossing deep dive into the world of winemaking...Nossiter, a former Sundance winner and a sommelier--now there's a combination--knows his stuff and asks all the right questions." -- The Hollywood Reporter

From the director of Mondovino, a lively discussion of the expanding world of natural wine that considers the movement as a potential remedy for our current cultural crisis.

Preface This book is intended for those who never considered wine of any remote interest. But it''s intended equally for wine lovers. If you''re among the former, then I''ll ask you to imagine wine simply as a radical (that is, deeply rooted) metaphor for culture, art, and politics. If you''re one of the latter, I ask you to disregard what you know (or think you know) about the aesthetics of wine and look at it as a radical metaphor for . . . culture, art, and politics. I''m a film director, so my first concern should be cultural. But before that I''m a citizen-- technically of the United States and Brazil--in upbringing a citizen of France, Italy, Greece, and England. For any twenty-first-century citizen anywhere, beyond the cultural lies a deeper concern that necessarily has to condition and supersede any other: the ecological-existential. In looking at a paradox--how the doomsday state of agriculture has provoked a joyous response from a utopian fringe of wine farmers--this book proposes a reimagining of aesthetic, political, and cultural questions as essentially ecological ones. And the reverse: how no environmental question should be considered separately from culture and aesthetics, as well as politics. One The New Cultural Hell (Cast Out of Purgatory) In 1974, a year before he was murdered, Pier Paolo Pasolini, taboo-busting filmmaker, poet, novelist, journalist, relentless antifascist, and one of the last genuinely public intellectuals anywhere in the world--was invited by RAI, the Italian public broadcasting company, to narrate a visit to the model fascist town of Sabaudia. Though the producers were expecting a violent denunciation of fascist-era city planning, they should''ve known that Pasolini was above all a free man, free even from his own biases: the clearest sign of intellectual courage. In the televised report, we follow him through the streets of this coastal town, sixty miles south of Rome, and we hear him explain: "In fact, there isn''t anything fascist about this model city. The buildings here are all built on a human scale. You feel in harmony wherever you go." The TV film crew, surprisingly attentive to his subtlest gesture, follows him onto the sand dunes. As the February wind rakes his hair dramatically, Pasolini turns to the camera and addresses the viewer. But he also speaks to the television crew, whom he clearly considered his colleagues. This is not a famous intellectual condescending to technicians and "the public." This is a profoundly compassionate poet terrified by the world, urging every sentient being around him to rethink what they see. His intensity and instinctive egalitarianism produce an intimacy between viewer and onscreen actor unlike anything we''re accustomed to from the sterilizing lens of a TV camera. "The fact is, the fascists even screwed this up. At the end of the day, they were just a bunch of criminals who came to power. They failed to leave a lasting stamp on any aspect of Italian life." His gaze then seems to bore into each one of us. "Today, in 1974, it''s the opposite. Our government is democratic. But this consumer society has managed to homogenize culture in a way the fascist government was never able to." What would he say today, over forty years after his death, about the state of culture? Is there any national network anywhere that would put a renegade poet in front of a prime-time audience? And are there still artists and intellectuals who can raise their voice in a forum that commands an audi- ence as complete as television did in 1974? Or as the agora --the marketplace of ideas and commerce in Athens at the inception of a democracy--did 2,500 years ago? What has happened to the status of public intellectuals? How can they address the general public today? How can they bring culture to life as an affirmation of subjective freedom? What popular venue is left for them to express culture as a joyous invention of aesthetic forms, as a way to question the mechanisms of power, as a guarantee of our collective freedoms? The infinite compartmentalization of the Internet is one of many guarantees that this has become virtually impossible. The dream of every totalitarian state has been to silence artists and make them invisible. By the nature of their activity, artists are uncontrollable. This makes them the truest counterweight to any exercise of power. Pasolini was prophetic in his understanding of how an omnivorous consumer society has managed surreptitiously, even unintentionally, to accomplish what the fascists only dreamed of. American-led Western consumer society--decisively implanted in Europe through the Marshall Plan following World War II and transformed into a global reality by the 1980s--is the only society to accomplish the totalitarian dream of eliminating cultural actors from the public stage, reducing them to a largely ornamental role in the spectacle of entertainment, of cultural consumption, that consumed culture itself even before Trump. Or rather, the existence of Trump and the authoritarian contempt for culture is the logical result of this process. But if culture in the Americas and in Europe is no longer the agent of freedom it once was and if artists no longer have the access to the public stage they enjoyed as recently as the 1970s, a question has to be faced: to what extent have artists collaborated in their own exile? How many of those who work in the cultural sector genuinely call into question, at the risk of their own status, the dominant political, economic, and cultural system? How much are we responsible for the erosion of our own raison d''

By the award-winning filmmaker behind the hit Amazon series Mondovino. Biodynamic and organic wine is a booming industry. This book will speak those who embraced the craft beer, street food and slow food movements.