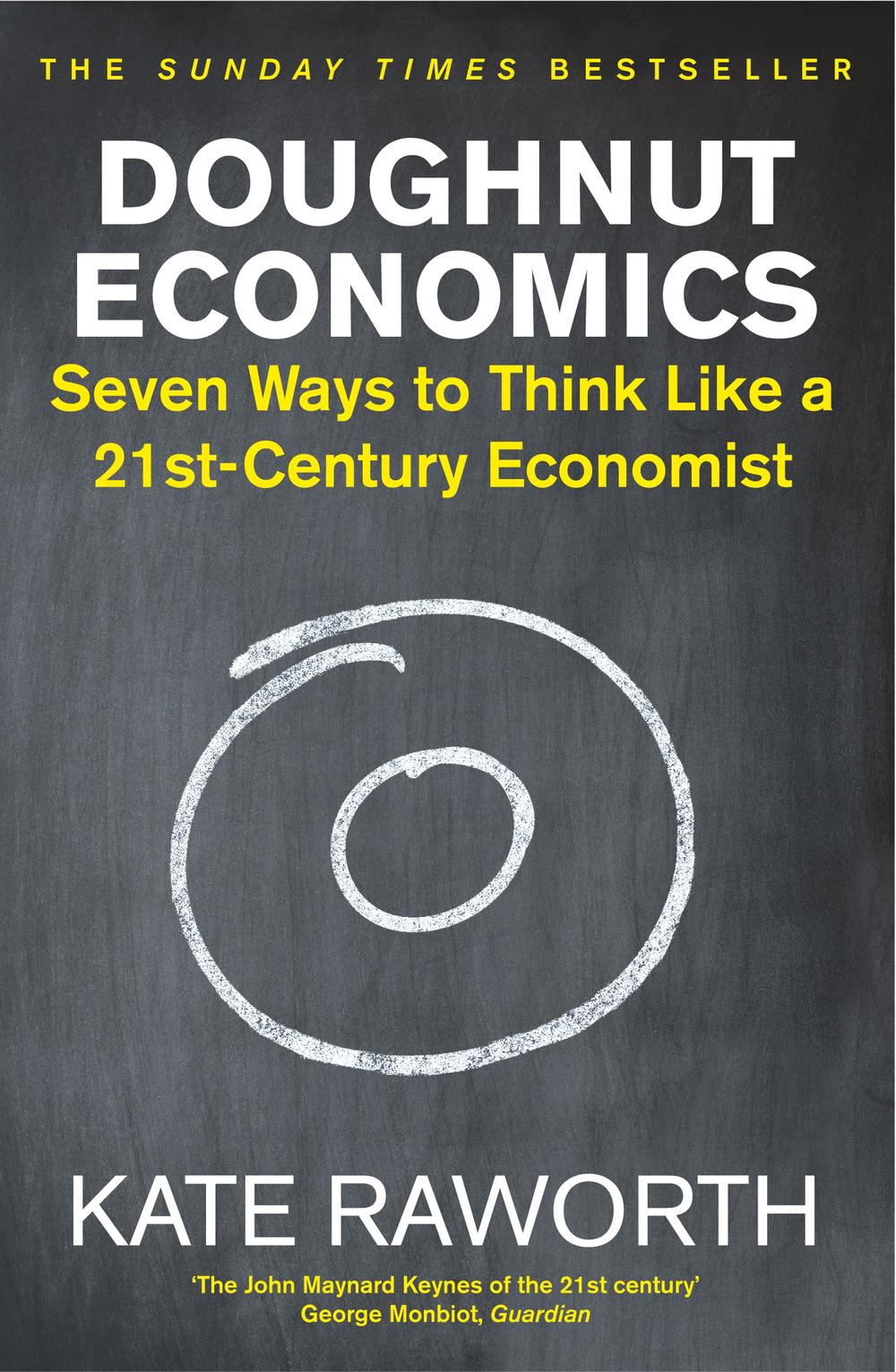 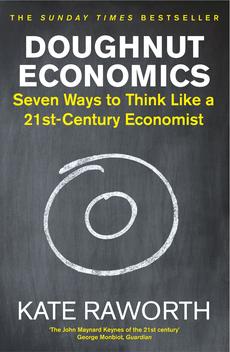 ISBN: 9781847941398
ANNOTATION:
The Sunday Times BestsellerLonglisted for the FT/McKinsey Business Book of the Year Award 2017`The John Maynard Keynes of the 21st century.' George Monbiot, Guardian`This is sharp, significant scholarship .
$30.81
Or pay later with

The Sunday Times BestsellerLonglisted for the FT/McKinsey Business Book of the Year Award 2017The John Maynard Keynes of the 21st century.' George Monbiot, GuardianThis is sharp, significant scholarship .

As seen on BBC Newsnight.

Economics is broken, and the planet is paying the price.

Unforeseen financial crises. Extreme wealth inequality. Relentless pressure on the environment. Can we go on like this? Is there an alternative?

In Doughnut Economics, Oxford academic Kate Raworth lays out the seven deadly mistakes of economics and offers a radical re-envisioning of the system that has brought us to the point of ruin. Moving beyond the myths of 'rational economic man' and unlimited growth, Doughnut Economics zeroes in on the sweet spot- a system that meets all our needs without exhausting the planet.

The demands of the 21st century require a new shape of economics. This might just be it.

'Raworth's magnum opus . . . A fascinating reminder to business leaders and economists alike to stand back at a distance to examine our modern economics.' Books of the Year, Forbes

'There are some really important economic and political thinkers around at the moment - such as Kate Raworth's Doughnut Economics.' Andrew Marr, Guardian

'An admirable attempt to broaden the horizons of economic thinking.' Martin Wolf, Books of the Year, Financial Times

'A compelling and timely intervention.' Caroline Lucas MP, Books of the Year, The Ecologist

Kate Raworth is an economist whose research focuses on the unique social and ecological challenges of the 21st century. She is a Senior Visiting Research Associate teaching at Oxford University's Environmental Change Institute, and a Senior Associate of the Cambridge Institute for Sustainability Leadership.

Over the last two decades Kate has worked as Senior Researcher at Oxfam, as a co-author of the UN's Human Development Report at the United Nations Development Programme, and as a Fellow of the Overseas Development Institute in the villages of Zanzibar.

She has been named by the Guardian as one of the top ten tweeters on economic transformation.

A radical and solidly-argued book . . . Plausible and informative. El Pais Judiciously combining history, theory, anecdotes and diagrams, [Raworth] provides a narrative that is easy to follow . . . Worthwhile and challenging. Frontline [Reveals] the huge hold in the standard economic model . . . offers a mountaintop view of the world. [email protected]: The Journal of Wharton Business School Asks some simple and pertinent questions. Why do we tax employment, through payroll taxes, but not the use of such scarce resources as fresh water, the Earth's minerals, wood and soil? [Raworth's] biggest question, however, is one that terrifies all mainstream economists: is 'growth' endless? -- Andrew Marr Spectator At last - an economic model that won't destroy the planet . . . I see [Raworth] as the John Maynard Keynes of the 21st Century: by reframing the economy, she allows us to change our view of who we are, where we stand, and what we want to be. -- George Monbiot Guardian Another look at measuring growth . . . Raworth makes several key suggestions for reform. MoneyWeek Required summer reading for Labour politicians and activists. openDemocracy This is sharp, significant scholarship . . . Thrilling. Times Higher Education Kate Raworth's well-received Doughnut Economics makes clear . . . [that] we have to enter a new age of thought, of communication, of politics. -- Natalie Bennett The Ecologist An admirable attempt to broaden the horizons of economic thinking. -- Martin Wolf, Books of the Year Financial Times There are some really important economic and political thinkers around at the moment - such as Kate Raworth's Doughnut Economics . . . I get the sense that a major period of new thinking and political creativity is coming. -- Andrew Marr Guardian A brand new way of conceptualising economic development without being tied to infinite growth . . . A useful idea. Guardian An innovative vision about how we could refocus away from growth to thriving. Daily Mail Proposes a new economic model - one that embeds the human economy within the natural world and within society, rather than being distinct from either. The Ecologist Kate Raworth, formerly of Oxfam, shows that the undulations of equality and justice are really very profound . . . [Her] aim is to adjust human use of the processes of planetary dynamics so that the overall outcome of development is survival in peace, health, prosperity and companionship. British Academy Review A sharp, insightful call for a shift in thinking . . . Raworth's energetic, layperson-friendly writing makes her concept accessible as well as intriguing. Publishers Weekly A book you will need to know about . . . Kate writes beautifully . . . If only 10% of the ideas get implemented, the world will be a much better place. -- World Bank blog A compelling and timely intervention. -- Caroline Lucas MP, Books of the Year The Ecologist Doughnut Economics shows how to ensure dignity and prosperity for all people. Huffington Post I've never seen [the concepts in Doughnut Economics] laid out so clearly, compellingly, or cheekily. Social entrepreneurs, it's doughnut time - and I strongly recommend that you take a bite. -- Four Books Every Social Entrepreneur Should Read Forbes