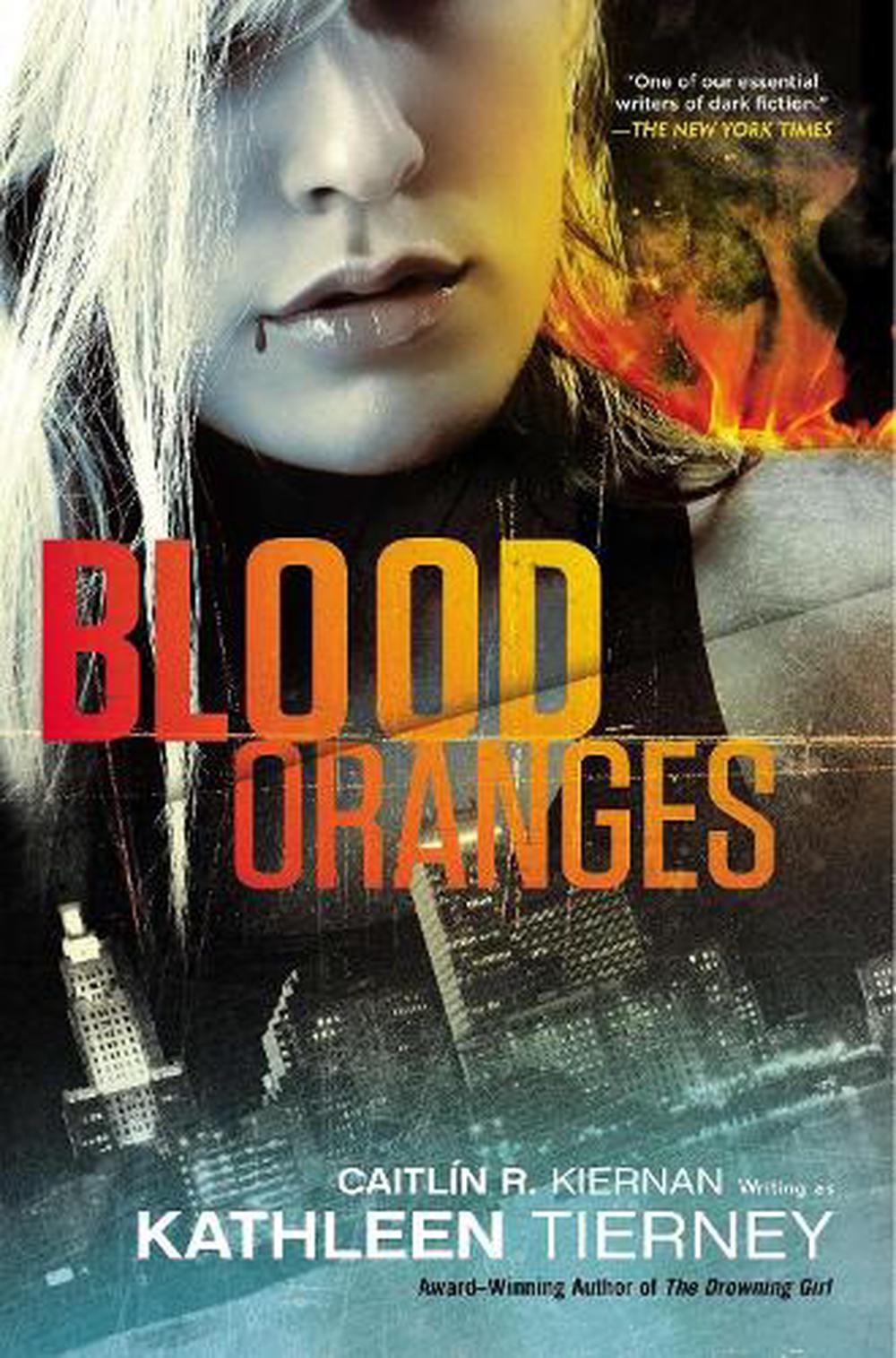 My name's Quinn. If you buy into my reputation, I'm the most notorious demon hunter in New England. But rumors of my badassery have been slightly exaggerated. Instead of having kung-fu skills and a closet full of medieval weapons, I'm an ex-junkie with a talent for being in the wrong place at the right time. Or the right place at the wrong time. Or...whatever. Wanted for crimes against inhumanity I (mostly) didn't commit, I was nearly a midnight snack for a werewolf until I was "saved" by a vampire calling itself the Bride of Quiet. Already cursed by a werewolf bite, the vamp took a pint out of me too. So now...now, well, you wouldn't think it could get worse, but you'd be dead wrong.

Caitln R. Kiernan has published over forty short stories (recently collected in two volumes), as well as her novels.

Praise for Blood Oranges "The New England setting is colorful and convincing, and Tierney populates it with a weird and splendid set of supernatural beings...[R]eaders are in for a memorably exhilarating and engaging experience."--Kirkus

"The first urban fantasy title (and first publication under the Tierney name) for Caitlin R. Kiernan (The Drowning Girl) brings an engagingly fresh perspective to well-trod territory...Colorful side characters and a fully realized setting make this a fast-paced series opener well worth checking out."--Publisher's Weekly

"One of our essential writers of dark fiction."--New York Times

"Caitl n R. Kiernan draws her strength from that most honorable of sources, a passion for the act of writing."--Peter Straub

"Caitl n Kiernan is a master of dark fantasy."--Holly Black