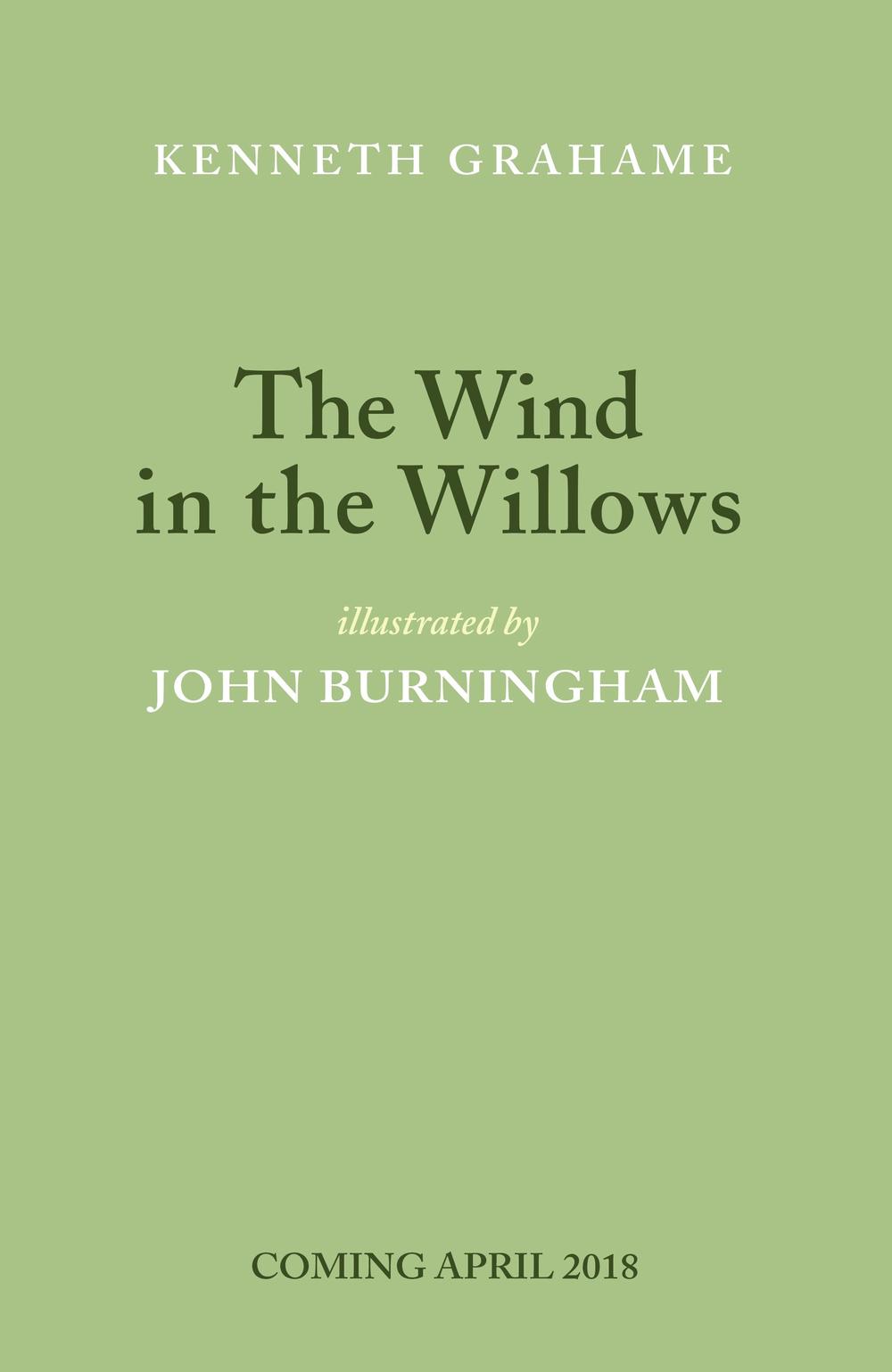 "First published in this edition by Kestrel Books, 1983"--Copyright page.

The entertaining riverbank exploits of Mole, Water Rat, Badger and the incorrigible Toad.

When Mole goes boating with Ratty instead of doing his spring-cleaning, he discovers a whole new world. As well as adventures on the river and in the Wild Wood, there are high jinks on the open road with that reckless ruffian, Mr Toad of Toad Hall. Ratty, Mole, Badger and Toad become the firmest of friends, but after Toad's latest escapade, can they join together and beat the wretched weasels once and for all?

Kenneth Grahame began to tell the tale of the river bank on the night of his son's fourth birthday, but what started out as a short bedtime story soon grew into one of the most enjoyable series of adventures ever to be told in children's literature.

Kenneth Grahame (1859-1932) was born in Edinburgh, but grew up with relatives in Berkshire where he developed his love for the countryside surrounding the upper parts of the River Thames. He was educated at St Edward's in Oxford, but instead of going on to Oxford University he joined the Bank of England, where he rose to become Secretary. He wrote several books including The Golden Age and Dream Days which includes the short story 'The Reluctant Dragon' (later made into a Disney movie). Kenneth Grahame developed the character of Toad in The Wind in the Willows to amuse his young son, Alistair. It was published in 1908 and still remains a best-loved children's classic.

John Burningham was born in 1936. He studied illustration at the Central School of Art. His first children's book, Borka, was published in 1963, and it was awarded the Kate Greenaway Medal as the best illustrated book of the year. John Burningham collaborated with Ian Fleming on Chitty-Chitty-Bang-Bang, designing the model of the famous car. John Burningham lives in London with his wife Helen Oxenbury, also a well-known author and illustrator.