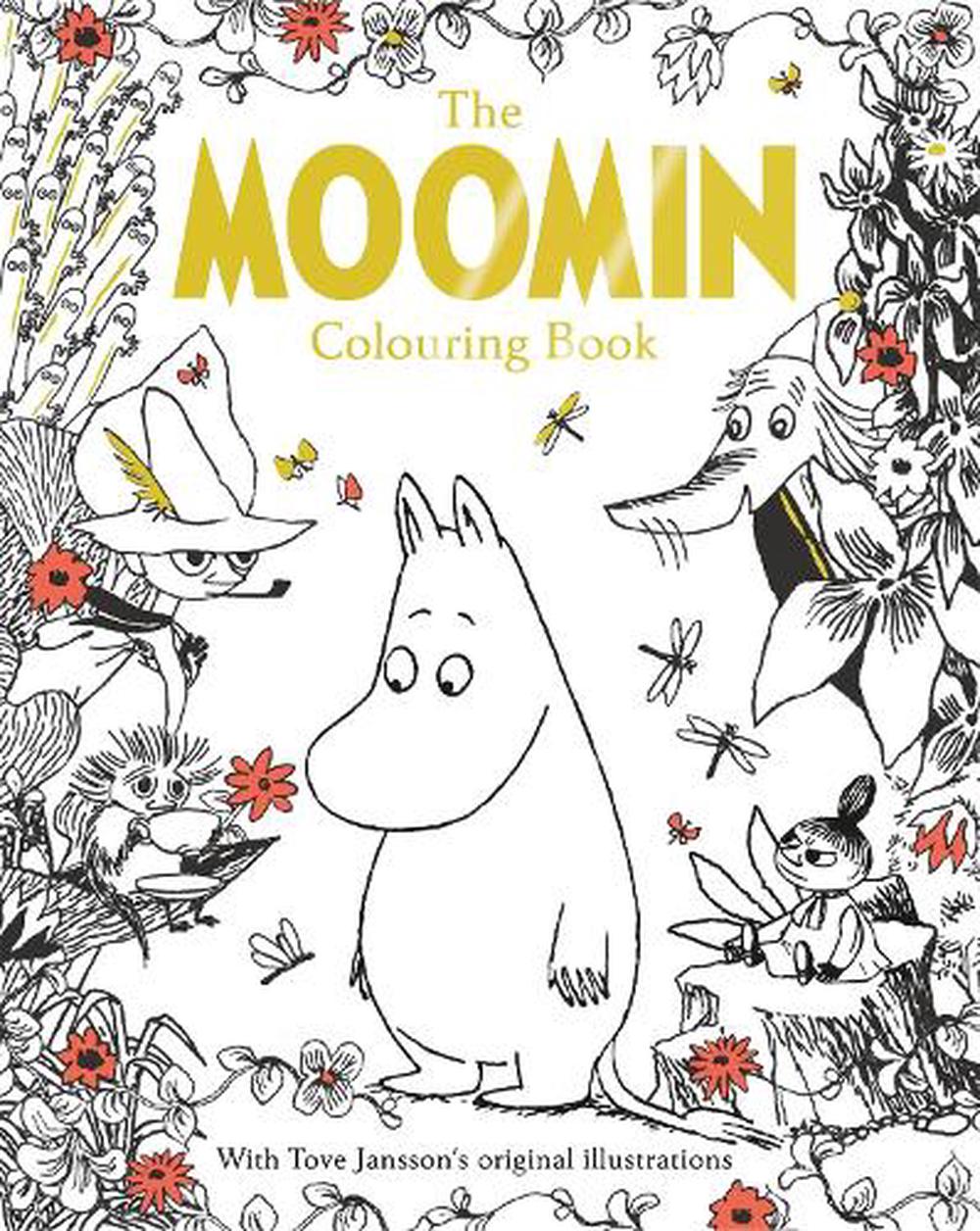 This stylish and unique Moomin colouring book features original artwork from the coveted archive of Tove Jansson, creator of the Moomins; one of the most cherished children's book series ever written.

Beautifully conceived and designed, this contemporary colouring book features striking patterns and scenes as well as all your favourite Moomin characters and their most memorable quotes. The perfect gift for Moomin fans of all ages. *April release

Tove Jansson (1914 - 2001) was born in Helsinki to artist parents. She was to become a celebrated artist, political cartoonist and author, but she is best known as the creator of the Moomins, one of the most successful and beloved children's book series ever written. Inspired by summers spent on the islands off Finland and Sweden, Tove created the unique world of Moomin Valley and all its inhabitants. The Moomins and The Great Flood, her first book to feature the Moomins, published in 1945. Tove went on to publish twelve Moomin books between 1945 and 1977, which have sold in their millions and been translated into over forty languages. In the 1950's the Moomins became a successful cartoon strip, which was to feature in newspapers all over the world. As the Moomins' fame grew, they began to appear in television series, plays, films and a varied merchandise program soon followed. Tove also painted throughout her life and wrote novels and short stories, including the acclaimed Summer Book. But the Moomin world was never far away. As Tove said, "You feel a cold wind on your legs when you step outside Moomin Valley," In 1966, Tove received the Hans Christian Andersen Award for her lasting contribution to children's literature.