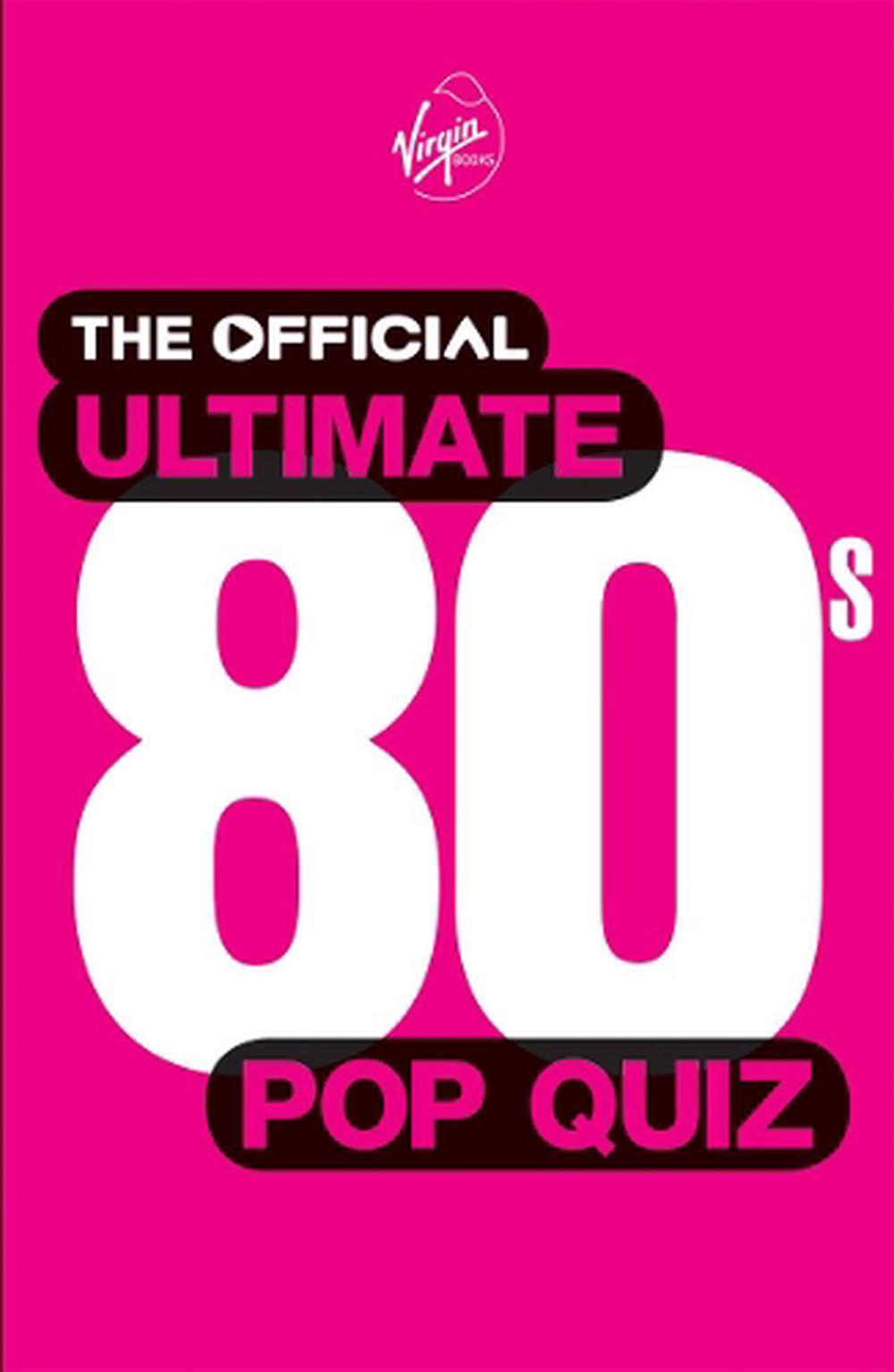 OTHER FORMATS:
PUBLISHED: 5th March 2009
ISBN: 9780753516911
ANNOTATION:
From Spandau Ballet and Kajagoogoo to Half Man Half Biscuit and Guns and Roses, the 1980s music scene is here in all its glory.

From Spandau Ballet and Kajagoogoo to Half Man Half Biscuit and Guns and Roses, the 1980s music scene is here in all its glory.

From Spandau Ballet and Kajagoogoo to Half Man Half Biscuit and Guns and Roses, the 1980s music scene is here in all its glory. Virgin's Ultimate 1980s Pop Quiz will spark arguments at dinner tables and pub quizzes up and down the country. Questions include- (answers in the sales points)1) Who had a top five hit in October 1982 with 'Starmaker'?a) Bananaramab) The Kids from Famec) Modern Romance2) What was U2's debut number one single, a 1988 chart-topper?a) The Flyb) With or Without Youc) Desire3) Who had a No. 1 hit in 1980 with 'Working My Way Back to You -Forgive Me Girl'?a) The Four Topsb) The Temptationsc) The Detroit Spinners

What was Michael Jackson's follow-up album to Thriller ? a) Off The Wall b) Bad c) Dangerous How many members of Duran Duran had the surname Taylor? a)Three b) Four c) Two hich of these Bucks Fizz tracks never reached No. 1? a) 'The Land Of Make Believe' b)'Now Those Days Are Gone' c) Making Your Mind Up' The answers to these - and over 1,500 more - questions can be found in this fantastic, argument-settling book.

Martin Roach is a bestselling author who has penned dozens of books on music, youth culture, celebrity and film. He has also ghostwritten several high-profile celebrity autobiographies, including Westlife - Our Story, which was a Sunday Times No. 1 bestseller in 2008. His books have sold over 1.5 million copies and have been translated into twelve languages.