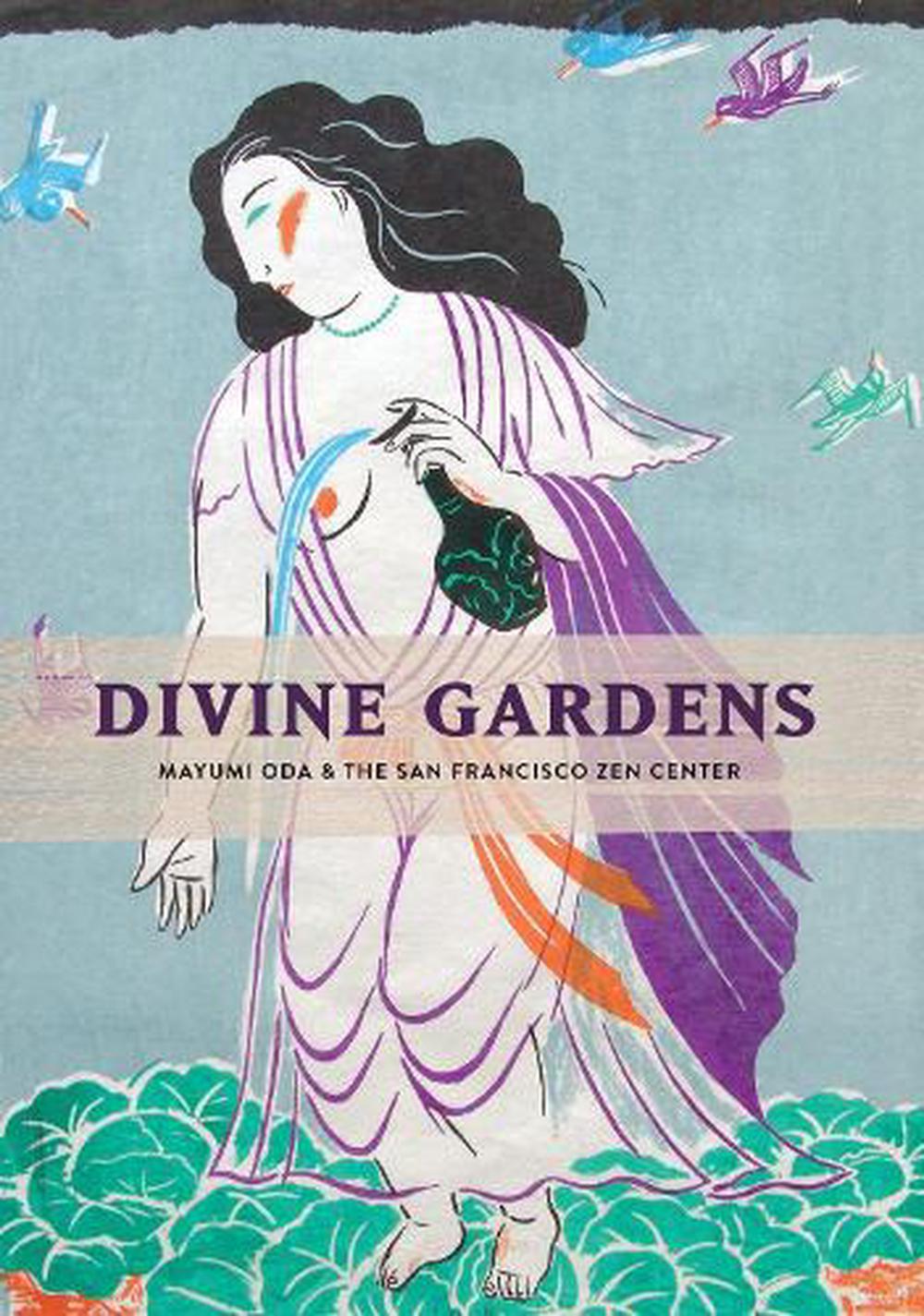 Known to many as "the Matisse of Japan," Mayumi Oda combines traditional Japanese and Buddhist iconography with her own unique sense of color, line, and movement. In this collection, her groundbreaking artwork is paired with essays by San Francisco Zen Center and Green Gulch Farm Zen Center practitioners (including Richard Baker, Linda Ruth Cutts, Wendy Johnson, Edward Espe Brown, and Norman Fischer) who have owned, loved, and been changed by Oda's work over the years.

Mayumi Oda's internationally-recognized artwork plays with traditional Japanese and Buddhist images, refiguring them as celebrations of the feminine and the natural world. Where most traditional Buddhist iconography features male figures, Oda introduces female "Goddesses" that seem to jump off the page, imbued with the vibrancy of Oda's color and line. Originally from Japan, Oda settled in Muir Beach, California in the 1970s and began practicing and painting at Green Gulch Farm Zen Center, which Oda calls her "California Buddha Field." Divine Gardens pairs Oda's artwork with essays by her fellow practitioners, for whom Oda's artwork has been a constant companion.a

Suitable for study by art students or for display on a coffee table, Divine Gardens captures the essence of Mayumi Oda's art and life as a Zen practitioner. The forty-five full-color works of art and twenty-four essays contained in the collection are a joyful celebration of her work and the community forged through the years at the San Francisco Zen Center.

Known to many as the 'Matisse of Japan', Mayumi Oda has done extensive work with female goddess imagery. Born to a Buddhist family in Japan in 1941, Mayumi graduated from Tokyo University of Fine Arts and Pratt Institute in New York. From 1969 to the present, Mayumi has exhibited over 50 one-woman shows throughout the world. Her artwork is also part of the permanent collections of the Museum of Modern Art (New York, NY), The Museum of Fine Arts (Boston, MA), Yale University Art Gallery (New Haven, CT), Library of Congress (Washington, DC) and many others. In addition to her work as an artist, Mayumi has spent many years of her life as a 'global activist' participating in anti-nuclear campaigns worldwide. In 2000, she started Ginger Hill, a farm and a retreat center on the Big Island of Hawaii. Mayumi currently lives with her family at Ginger Hill Farm and travels worldwide, teaching workshops in creativity and self-realization.