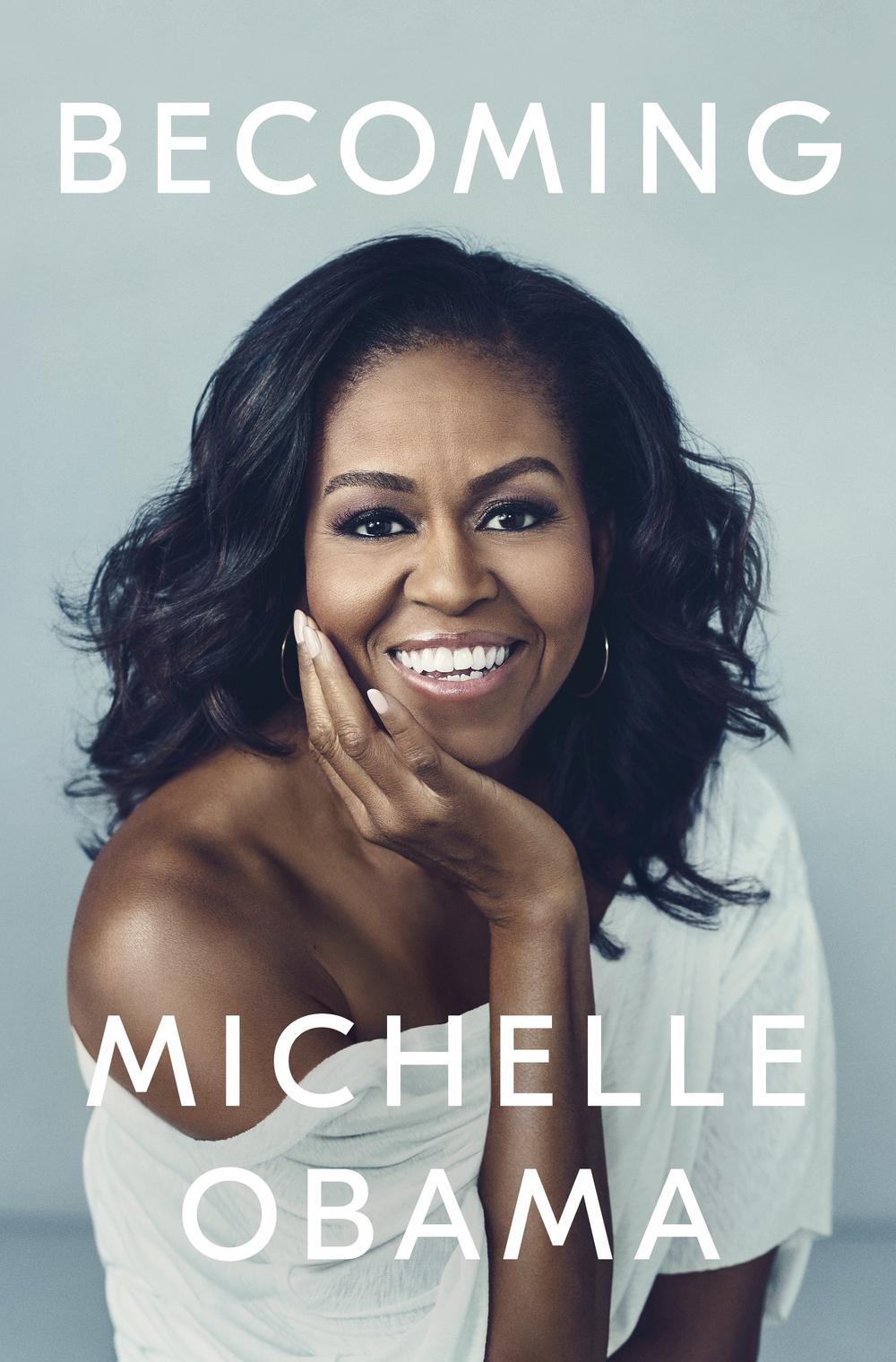 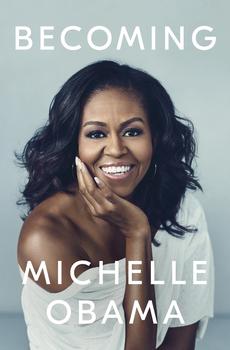 In a life filled with meaning and accomplishment, Michelle Obama has emerged as one of the most iconic and compelling women of our era. As First Lady of the United States of America-the first African-American to serve in that role-she helped create the most welcoming and inclusive White House in history, while also establishing herself as a powerful advocate for women and girls in the U.S. and around the world, dramatically changing the ways that families pursue healthier and more active lives, and standing with her husband as he led America through some of its most harrowing moments. Along the way, she showed us a few dance moves, crushed Carpool Karaoke, and raised two down-to-earth daughters under an unforgiving media glare.

In her memoir, a work of deep reflection and mesmerizing storytelling, Michelle Obama invites readers into her world, chronicling the experiences that have shaped her-from her childhood on the South Side of Chicago to her years as an executive balancing the demands of motherhood and work, to her time spent at the world's most famous address. With unerring honesty and lively wit, she describes her triumphs and her disappointments, both public and private, telling her full story as she has lived it-in her own words and on her own terms. Warm, wise, and revelatory, Becoming is the deeply personal reckoning of a woman of soul and substance who has steadily defied expectations-and whose story inspires us to do the same.

Michelle Robinson Obama served as First Lady of the United States from 2009 to 2017. A graduate of Princeton University and Harvard Law School, Mrs. Obama started her career as an attorney at the Chicago law firm Sidley & Austin, where she met her future husband, Barack Obama. She later worked in the Chicago mayor's office, at the University of Chicago, and at the University of Chicago Medical Center. Mrs. Obama also founded the Chicago chapter of Public Allies, an organization that prepares young people for careers in public service.

The Obamas currently live in Washington, DC, and have two daughters, Malia and Sasha.

This brilliantly written and emotionally authentic memoir fills in some important gaps...not just a fascinating read but a genuinely moving one too Mail on Sunday, Five Stars What a memoir. What a woman. Spectator Intimate, inspiring and set to become hugely influential Sunday Times, Books of the Year Her wonderful candid and affecting autobiography, Becoming. . . brims over with such emotional truthfulness...what a tale. With its generosity of spirit, self-knowledge and hope, it is the perfected antidote to the man who now lives in the White House. A plangent, defiant, honest and uplifting book Sunday Telegraph, Five Stars Deeply moving. . . Becoming is fundamentally about how to be a person in the world, how to live a purposeful life, and how to use the chances you have been given. New Statesman Candid, engaging. . . To read her reflections is to recall and hope for a better America. Mrs Obama pulls back the curtains around their lives in a way she could not while Mr Obama was in office. Besides her lovely turn of phrase, she is a gifted and empathetic observer The Economist This is undeniably a political book, both a fierce critique of Donald Trump's administration's politics of hatred and a powerful remind of a better, more compassionate America Metro This is a vivid and interesting account and all of that is to her credit. I certainly thought better of her by the end: she has put her heart into this. The Times Becoming serenely balances gravity and grace, uplift and anecdote.... Becoming is frequently funny, sometimes indignant or enraged, and when Michelle describes her father's early death from multiple sclerosis it turns rawly emotional Observer This beautifully written memoir... Twenty-five years ago she fell in love with a driven idealist, a man determined not to accept the world as it was. She feared his forceful intellect and ambition might swallow hers; instead, she found her voice. Sunday Times This polished pearl of a memoir New York Times In the best moments of Becoming, the miracle of Michelle Obama arises Vanity Fair Obama writes with a refreshing candor The Atlantic She's a woman we've all fallen in love with because she radiates joy and wisdom, and Becoming encapsulate this perfectly. It's also deeply honest - reading it makes you feel as though she's your close friend opening up to you Red Online Of course, Becoming is Michelle Obama's story, of how she moved from a girl on the South Side of Chicago to becoming one of the most powerful women in the world. But in the final pages of the book, Obama writes, "It's all a process, steps along a path. Becoming requires equal parts patience and rigor." Here, Obama is pushing us to reckon with our own becomings - to realise our own story and to have the power to tell it. The Pool Open and engaging. . . Obama writes with candour about the good times and bad. Daily Express Inspiring. . . After 421 pages of Becoming, I closed the book hoping that one day she would use her formidable intelligence, humanity - and humour - to offer a more tangible vision for how America might fight the rising tides of polarisation and hate Financial Times I found myself lifting my jaw from my chest at the end of every other chapter, not because of any seedy insight into stories I'd always wondered about, but because, armed as I was with knowledge about her career, her mannerisms, and even her elbow-heavy dancing, this was not the Obama I thought I knew. She was more -- Kuba Shand-Baptiste Independent This revealing memoir offers new insights into her upbringing on the south side of Chicago and the highs and lows of life with Barack Obama. . . Becoming is a 400-page expansion of this essential doctrine ['when they go low, we go high'], without compromising a refreshing level of honesty about what politics really did to her. I have read Barack Obama's two books so far, and this is like inserting a missing piece of reality into the narrative of his dizzying journey -- Afua Hirsch Guardian This is a rich, entertaining and candid memoir. And overall she's a fun person to sit alongside as she tells you the story of her life, warts and all. . . it is as beautifully written as any piece of fiction, with a similar warm languid tone to Ann Patchett's novel Commonwealth -- Viv Groskop i, Five Stars Obama's memoir is a genuine page-turner, full of intimacies and reflections. . . Allied to this candour is a steeliness of purpose. It is no exaggeration to say that every page of this book is, explicitly or otherwise, a reproach to Donald Trump, and a call-to-arms to those who would defeat the 45th President and all that he stands for -- Matt D'Ancona Evening Standard An inspirational memoir that also rings true -- Gaby Wood Daily Telegraph, Five Stars

A Good Lite read
By Sheryl
By Mukesh
Great
By Leeanne