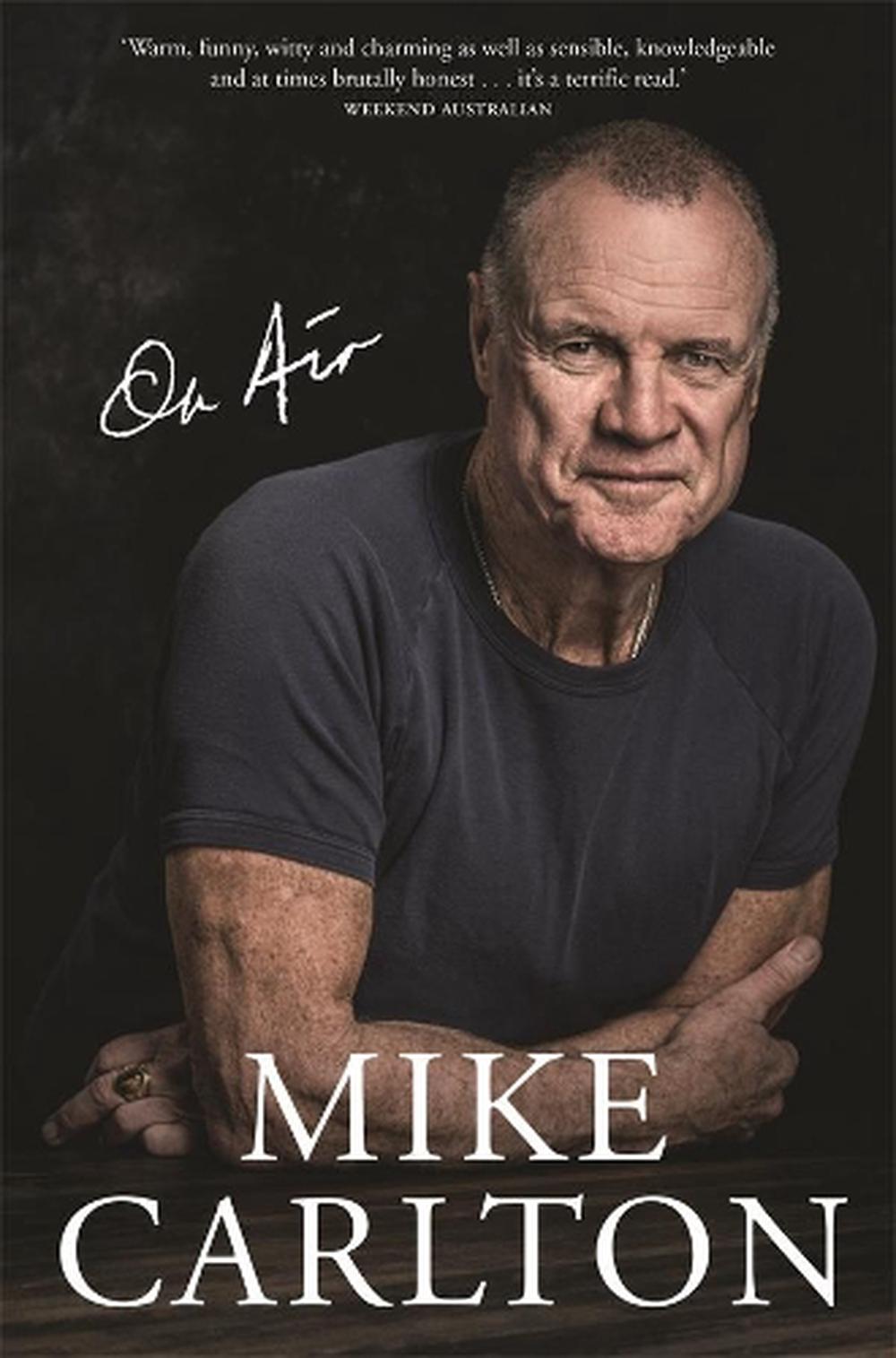 Mike Carlton was born to controversy. His father Jimmy, a renowned Olympic athlete and later a Catholic priest, married his mother after a whirlwind wartime courtship. This scandal was hushed up at first, but eventually it made headlines. Six years later, Jimmy Carlton died in his wife's arms, felled by asthma.

It was a tough beginning. Mike would have a Sydney suburban childhood where every penny counted. Unable to afford a university education, he left school at sixteen to begin a life in journalism that would propel him to the top, as one of Australia's best-known media figures. In an often turbulent career of more than fifty years he has been a war correspondent, political reporter, a TV news and current affairs reporter, an award-winning radio presenter in both Sydney and London, an outspoken newspaper columnist and a biting satirist. In later life he realised a lifelong ambition -- to write three bestselling books of Australian naval history.

On Air is his story, no holds barred. With characteristic humour and flair, Mike tells of the feuds and the friendships, the fun and the follies, writing candidly of the extraordinary parade of characters and events he has encountered in the unique life he has led.

In a working life of more than 50 years, Mike Carlton became one of Australia's best-known media figures. He has been a radio and television news and current affairs reporter, foreign correspondent, radio host and newspaper columnist.

He was an ABC war correspondent in Vietnam in 1967 and 1970, and for three years was the ABC's Bureau Chief in Jakarta. He also reported for the ABC from London, New York and major Asian capitals. In television, he was one of the original reporters on the ABC's groundbreaking This Day Tonight in the 1970s. He also worked for Nine Network News, and A Current Affair. In 1980 Mike turned to talk radio, first at Sydney's 2GB with a top-rating breakfast program, and then for four years in London at Newstalk 97.3FM, where he won a coveted Sony Radio Academy award in 1993 for Britain's best talk breakfast show. His radio satire on current affairs, Friday News Review, was "must listening" in Australia and the UK.

In television, he reported and hosted Indonesia- A Reporter Returns, a three-part documentary for SBS; he worked on Radio 2UE as a broadcaster for many years and wrote a long-standing column for the Sydney Morning Herald.

Mike has had a life-long passion for naval history and is the author of Cruiser, First Victory and Flagship.