To The Rescue! Garrett Morgan Underground 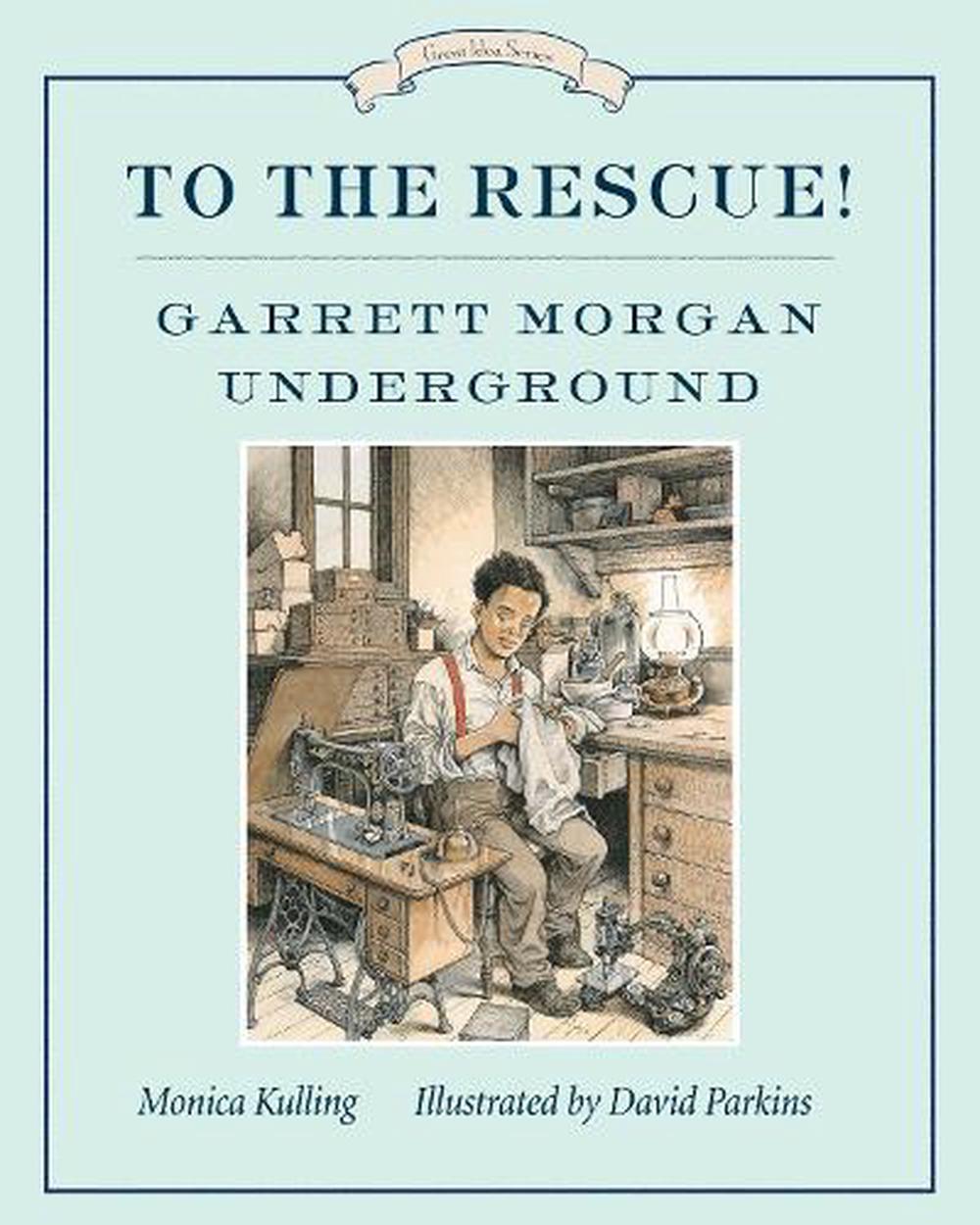 Working alone, Garrett Morgan invented a safety hood for firefighters. Little did he know that most people wouldn't be interested in his safety hood - a device that would literally save lives - once they discovered its inventor was black. Following an explosion that trapped workers in a tunnel under Lake Erie, Garrett pleaded for his hoods to be taken to the scene; they were and hundreds lived. Developed further, Garrett's hoods came to save thousands of soldiers in World War I. This gorgeous picture book introduces Garrett's story to young children for the first time.

Monica Kulling is a poet who has published over forty books for children, including picture books, adaptations of classic novels, and biographies. Known for introducing biography to children who are just learning to read, she has written about Harriet Tubman, Henry Ford, Houdini, Eleanor Roosevelt, and Amelia Earhart, among others. Her award-winning Great Idea Series features biographies of inventors and their captivating inventions. She is also the author of the hilarious Merci Mister Dash! and Mister Dash and the Cupcake Calamity. Visit her website at

David Parkins is an award-winning illustrator of more than fifty books for children. After studying wildlife illustration in Wales and general illustration at the Lincoln College of Art, he became a freelance illustrator whose work has appeared in The Guardian, the Toronto Star, Bloomberg Business Week, Nature, The Economist, and in the British children's comic The Beano. He does a regular editorial cartoon for the Globe and Mail and is the critically acclaimed illustrator of three other books in Monica Kulling's Great Idea Series- In the Bag! Margaret Knight Wraps It Up, shortlisted for the 2013 Governor General's Literary Award in Children's Illustration, and Going Up! Elisha Otis's Trip to the Top.

"To the Rescue! delineates how Garrett Morgan, a Kentucky-born son of slaves, developed a stronger sewing machine belt, a cream that prevented sewing machine needles from damaging cloth (and that also straightened hair), and a personal safety hood that would become the first gas mask used by firemen, underground workers, and World War I soldiers in the trenches .... Parkins uses his cartoonist skills in outlining these richly detailed illustrations, filled in with subdued gray and brown watercolors .... Wonderful nonfiction narratives that can be used to highlight diverse innovators whom history texts may have overlooked." - School Library Journal "Morgan's simply told story is one of determination, perseverance and concern for others, his inventions inspired by real life events. Author Monica Kulling's spare writing style is perfect for the intended audience, and, like other books in her "Great Idea Series", this title focuses on the background behind the inventions. Parkins' impressive mixed media illustrations not only capture the story's historical setting, but also enhance the text with their attention to detail." - CM Magazine

PRAISE FOR In the Bag! by Monica Kulling, illustrated by David Parkins: "In clean, straightforward prose, Kulling explains how Knight's interest in and knack for machines was present even at a young age.... Paired with Parkins's detailed and handsome pen-and-ink illustrations, the book focuses on Knight's invention of a paper bag-manufacturing machine and her legal fight to protect her creation after her idea was stolen." - Publishers Weekly "Knight's achievements are illustrated in an affable caricature style that is one part David Catrow and one part David Small, highlighting Margaret's spunk and determination. An author's note adds a short summary of this little-known woman's fantastic, unconventional life." - Booklist "Kulling's lively text tells an inspiring story about this determined woman who 'never gave up without a fight.' David Parkins' charming illustrations are filled with carefully drawn period details and engaging humor.... Don't miss this really excellent book that opens the door to a multitude of curricular uses." - Bookends, a Booklist Blog

The inspirational story of African-American inventor Garrett Morgan, whose incredible safety hood became the forerunner to the gas mask that saved thousands of soldiers in the trenches of World War I. A new picture book biography in the award-winning Great Ideas series, To the Rescue! introduces young readers to the inventive and heroic nature of Garrett Morgan.