PUBLISHED: 1st July 2011
ISBN: 9780980757057
ANNOTATION:
The Rugmaker of Mazar-e-Sharif traces an Afghan refugee's extraordinary journey - from his early life as a shepherd boy in the mountains of Northern Afghanistan, to his forced exile after being captured and tortured by the Taliban, to incarceration in an Australian detention centre ... and finally, to freedom. 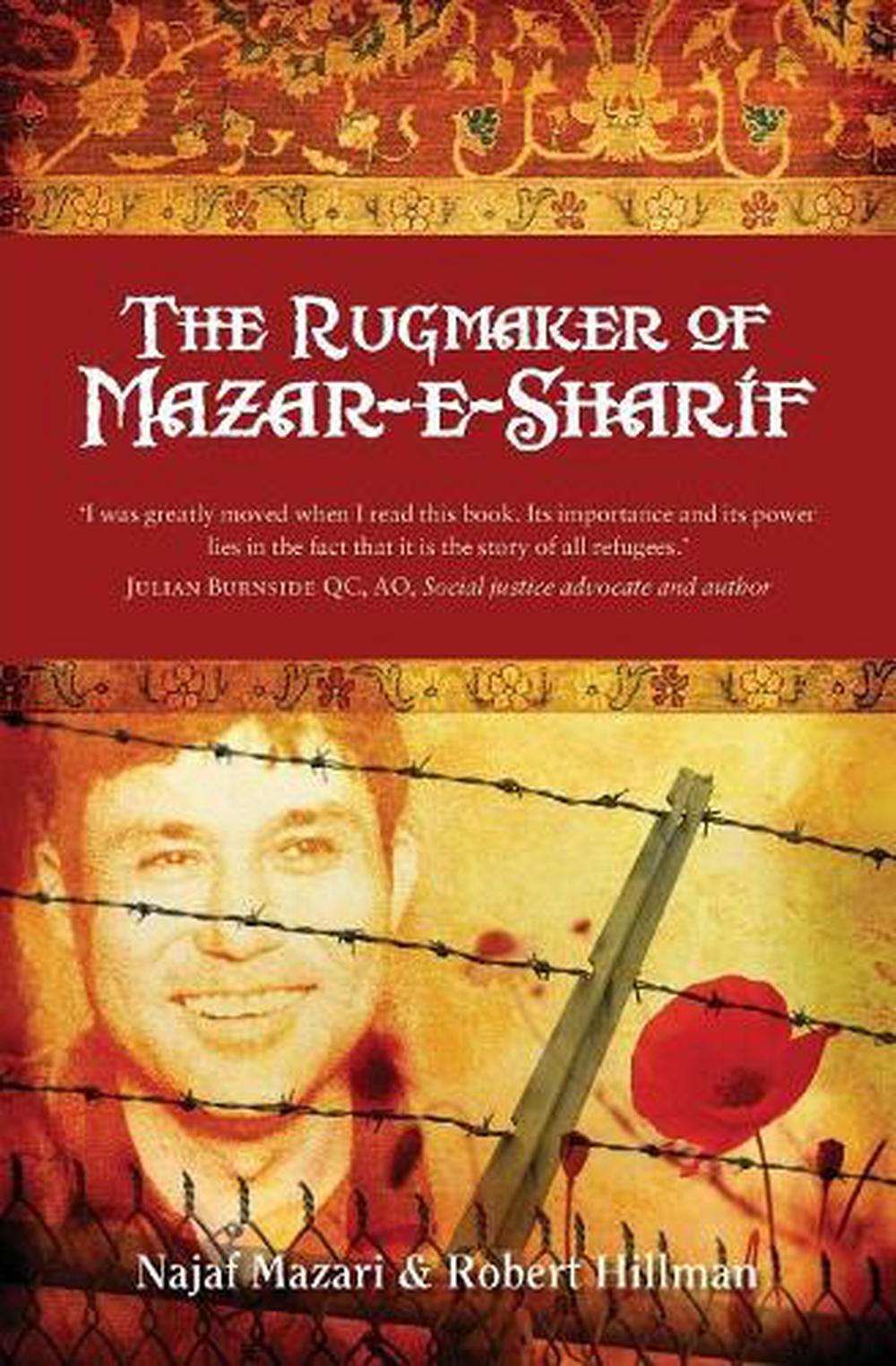 OTHER FORMATS:
PUBLISHED: 1st July 2011
ISBN: 9780980757057
ANNOTATION:
The Rugmaker of Mazar-e-Sharif traces an Afghan refugee's extraordinary journey - from his early life as a shepherd boy in the mountains of Northern Afghanistan, to his forced exile after being captured and tortured by the Taliban, to incarceration in an Australian detention centre ... and finally, to freedom.

The Rugmaker of Mazar-e-Sharif traces an Afghan refugee's extraordinary journey - from his early life as a shepherd boy in the mountains of Northern Afghanistan, to his forced exile after being captured and tortured by the Taliban, to incarceration in an Australian detention centre ... and finally, to freedom.

Beautifully captured and penned by award-winning biographer Robert Hillman, this is a compelling story of an exceptional yet 'ordinary' man whose generous spirit, natural leadership and desire for peace transcends enormous danger and heartbreak. The Rugmaker of Mazar-e-Sharif follows the extraordinary journey of Najaf Mazari from the despair of Afghanistan under the Taliban regime to the flowering of a new life in Australia. Unaware of the fragility of innocence in a country torn by civil war, Najaf describes his childhood working as a shepherd, an apprentice welder and, finally, finding his calling as an apprentice rugmaker. Family joy soon turns to tragedy as the war between the Russian forces and the Mujahedin violently thrusts its way into Najaf's life - first his elder brother is killed by a sniper, then his family home is destroyed by a stray rocket, killing both his younger brother and brother-in-law. Najaf, too, is badly wounded and is reduced to selling crotcheted socks on a street corner while his injuries slowly heal. Eventually returning to rugmaking, Najaf trains himself not to think too far into the future. In 2001, the adult Najaf is captured and tortured by the Taliban. He is forced to flee Afghanistan, leaving his wife and child behind to place his life in the hands of people-smugglers, bound for an unknown destination. Half way across the world in south-east Asia, Najaf and almost a hundred other refugees learn for the first time that they are bound for a country at the bottom of the world called 'Australia'...

Robert Hillman is a Melbourne-based writer of fiction and biography. His autobiography, The Boy in the Green Suit, won the Australian National Biography Award for 2005. His 2007 biography, My Life as a Traitor, written with Zarah Ghahramani, appeared in numerous overseas editions and was short-listed for the Prime Minister's Literary Awards in 2008. His first collaboration with Najaf Mazari, The Rugmaker of Mazar-e-Sharif, grew out of an abiding interest in the hardships and triumphs of refugees.

'An extraordinary account of an epic journey to freedom, told with great intelligence, humour, poetry and integrity. Even in his darkest hours of despair, Najaf clings to hope and his deep love of life and people.'