Astrophysics for People in a Hurry 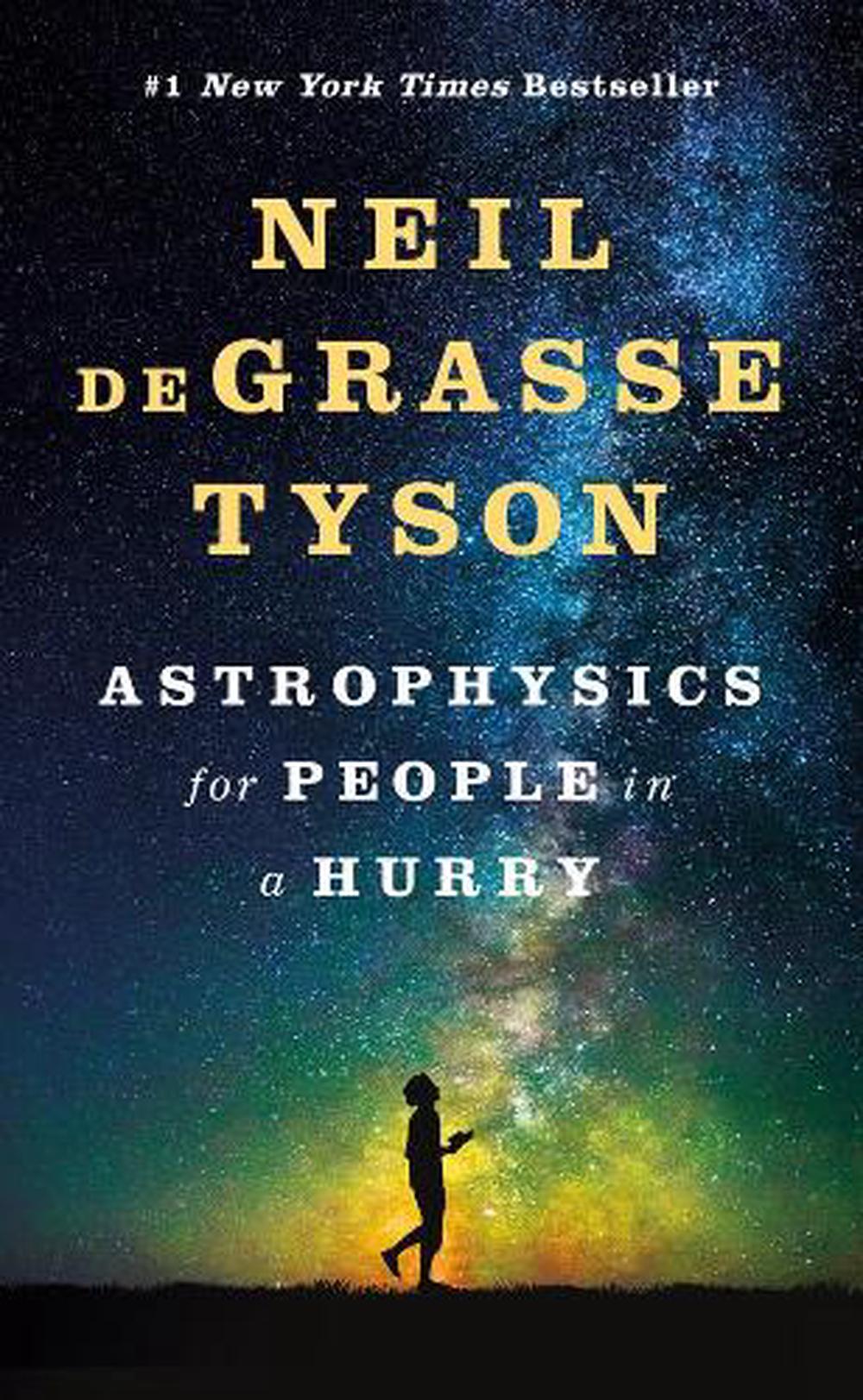 OTHER FORMATS:
PUBLISHED: 23rd May 2017
ISBN: 9780393609394
ANNOTATION:
The #1 New York Times Bestseller: The essential universe, from a celebrated and beloved astrophysicist.

The Infinite Monkey Cage - How to Build a Universe

The #1 New York Times Bestseller: The essential universe, from a celebrated and beloved astrophysicist.

There's no better guide through mind-expanding questions such as what the nature of space and time is, how we fit within the universe, and how the universe fits within us than Neil deGrasse Tyson. But today, few of us have time to contemplate the cosmos. So Tyson brings the universe down to Earth succinctly and clearly, with sparkling wit, in digestible chapters consumable any time and anywhere in the busy day. Astrophysics for People in a Hurry reveals just what you need to be fluent and ready for the next cosmic headlines: from the Big Bang to black holes, from quarks to quantum mechanics and from the search for planets to the search for life in the universe.

Neil deGrasse Tyson is an astrophysicist with the American Museum of Natural History, host of the hit radio and Emmy-nominated TV show StarTalk, and the New York Times best-selling author of Astrophysics for People in a Hurry and Accessory to War: The Unspoken Alliance Between Astrophysics and the Military. He lives in New York City.

"... in this thorough book of almost 600 pages (150 of which are extensive notes and bibliography) the authors present an elaborate expose of the myriad of ways astrophysics intertwines with military R&D." -- On Our Bookshelf - Nature "Another good pop science that's similar in tone is Astrophysics For People In A Hurry by long-time Stephen Hawking admirer, Neil Degrasse Tyson. It's a lot of fun to read and potentially even less complicated than An Briefer History Of Time. Still, the two books actually complement one another quite nicely." -- A Brief History of Books by Stephen Hawking and What You Should Read Next - Verdict "... he [deGrasse Tyson] somehow reveals a path through complex thought and theory in astrophysics for the reader, depositing enough detail to ponder upon, imploring us to consider possible answers to these confounding questions for ourselves." -- The 12 Books of Christmas 2017 - Sky at Night "This book topped the nonfiction charts in America: not only a measure of Tyson's standing as the popular face of space science in the US but also testimony to an admirably digestible introduction to a Big Subject." -- Books of the Year 2017: Science - The Times "In Astrophysics for People in a Hurry, he [Neil deGrasse Tyson] shares his awe, encapsulating everything known about the universe in 12 brief chapters, and giving a memorable spin to standard facts." -- New Scientist "Finished @NeilTyson's mellifluous reading of Astrophysics for People in a Hurry. Lovely book. Last chapter worthy of Carl Sagan himself. " -- Richard Dawkins "All in all, this is a book I can heartily recommend to anyone, regardless of how much or how little they know about physics." -- Popular Science "Tyson is... the world's best science communicator." -- Times Literary Supplement "At just over 200 pages, the book doesn't have all that much space to cover such an intensely complex topic, but DeGrasse Tyson manages it with aplomb. In fact, this collection of essays... toes the line between entertainment and interest brilliantly, never getting too bogged down in fine detail." -- How It Works "... [Astrophysics for People in a Hurry] is not quite astrophysics for dummies; while it is simplified, it is not simple. It is more a collection of the best and most thrilling moments; astrophysics' greatest hits." -- The Guardian "... this introductory guide to the mysteries of the cosmos is genuinely accessible." -- Summer Reading 2017 - The Sunday Times "Degrasse Tyson has a talent for making very complicated concepts seem simple, and the amount of content squeezed into one short volume is impressive. He certainly knows his stuff. It takes no time at all to romp through a chapter as the book is written with humour and his descriptions verge on the poetic." -- Chemistry World "Tyson is an entertaining writer with a startling imagination..." -- BBC Sky at Night "Written in a conversational style, this [Astrophysics for People in a Hurry] provides an accessible and fascinating introduction to a mindbending subject." -- Summer's Hottest Reads 2017 - The Daily Mail "Tyson has told the story of our Universe magnificently in these 12 short chapters... This may have been written for people in a hurry, but I urge you to take your time. It will all be over far too soon." -- BBC Sky at Night "Certainly, if anyone can turn the public on to the subject [of astrophysics], it is Neil deGrasse Tyson... In an increasingly insular world, it is a welcome window onto a much bigger picture." -- The Sunday Times "The style is vintage Tyson - engaging, chatty and littered with historical and linguistic anecdotes..." -- Times Higher Education

"With wry humor, keen vision, and abundant humanity, Neil deGrasse Tyson distills the big questions of space, time, and reality into short, insightful chapters you can enjoy with your morning coffee."

Director of the American Museum of Natural History's Hayden Planetarium, host of the Emmy-nominated television show StarTalk, and People's Sexiest Astrophysicist Alive, Tyson gives us a short and sweet explanation of the nature of space and time and how we mesh with the universe at large.