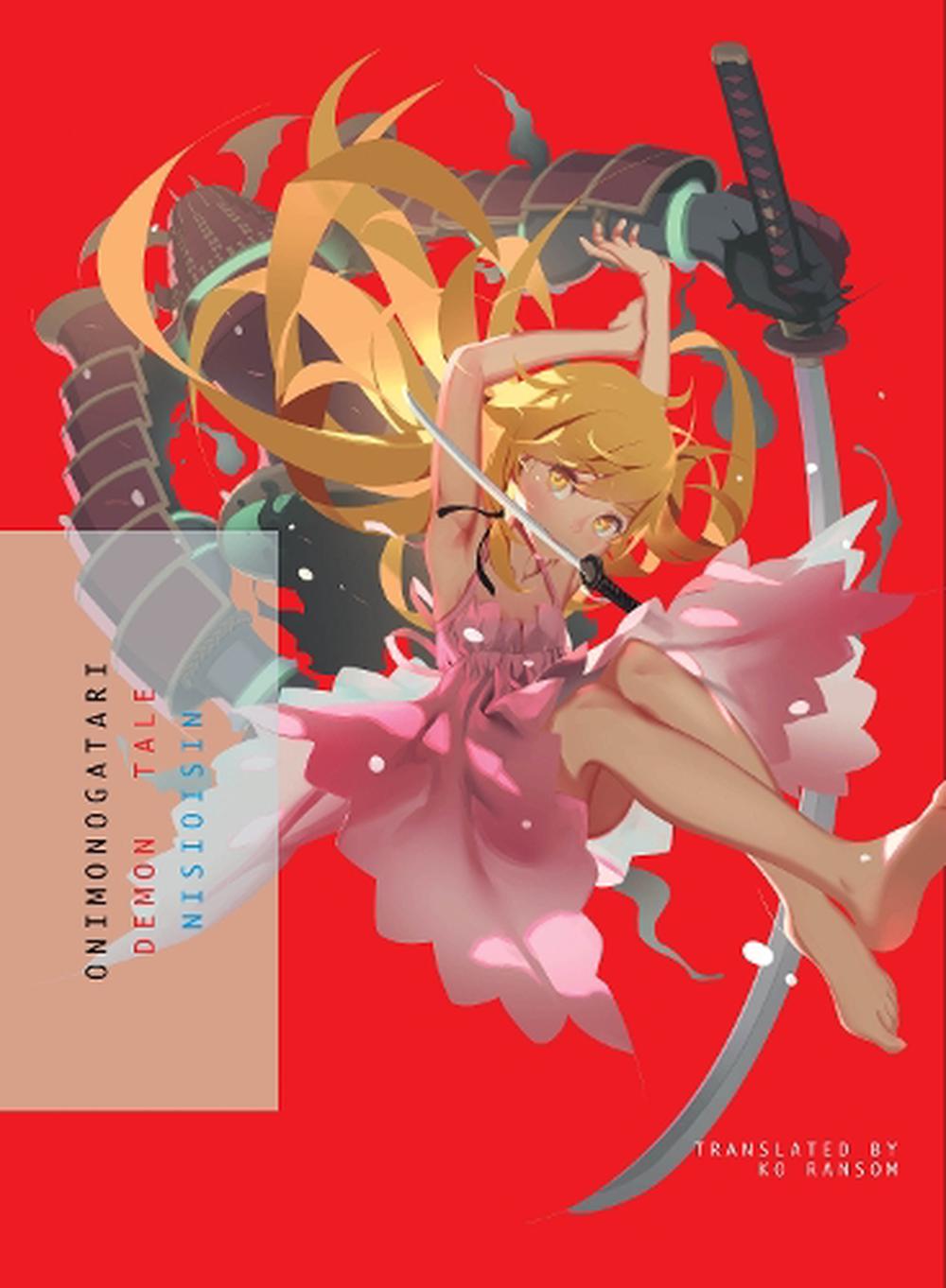 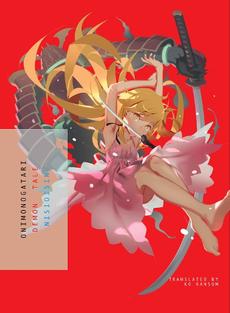 After time traveling to the past with Shinobu Oshino, Koyomi Araragi meets Mayoi Hachikuji and returns her backpack, which she left in Koyomi's room. That is when they witness something unidentifiable - something that can only be expressed as the "darkness."

Koyomi, instinctively feeling danger, sits Mayoi on his bicycle and attempts to escape, but the ever-elusive "darkness" tries to swallow the two of them. They barely manage to escape with the help of the young shikigami girl, Yotsugi Ononoki, and they evacuate into the ruins of the cram school. There, Shinobu tells him that she encountered the "darkness" about 400 years ago. Then a woman named Izuko Gaen, who says she knows Meme Oshino, explains to them the nature of the "darkness"... and Koyomi has to face Mayoi's tragic fate.

There are few authors in Japan who have reached the heights of success as NisiOisin. Born in 1981, Nisio dropped out of Ritsumeikan University in Kyoto, to pursue a career in story-telling. Initially he had ambitions to be a comic artist, but when he realized his art was not up to snuff, he began to focus on his writing, eventually winning the 23rd Mephisto Prize, for Decapitation(Vertical) recognizing his talents as a mystery writer, at the age of 20. Since his debut in 2002 Nisio has penned more than 50 novels and a number of comics. And he has quickly become one of Japan's top selling author's in recent memory with more than 5 million units sold since 2009. In 2014, as in 2012, he was the top selling author in Japan (outselling Haruki Murakami by more than half a million units).

Nishio's works often cover themes of youth, but are framed in genres that are familiar to the masses. His works tend to mix mystery with comedy and touches or romance and/or the supernatural. He is a modern author in every sense, sometimes even experiementing with the Japanese language itself. Many of his works have been adapted into animated television series and films. His best known works are the Monogatari series and Katanagatari.

The latest chapter in this bestselling series that appeals to manga and fantasy fans alike. Nishio Ishin is one of the most popular authors working in Japan today, outselling Haruki Murakami last year. Vampires and the supernatural remain popular with young adult readers; this book presents a unique twist on the genre. The series has been adapted into several anime series that are available in the UK from MVM.