Who Rules the World? 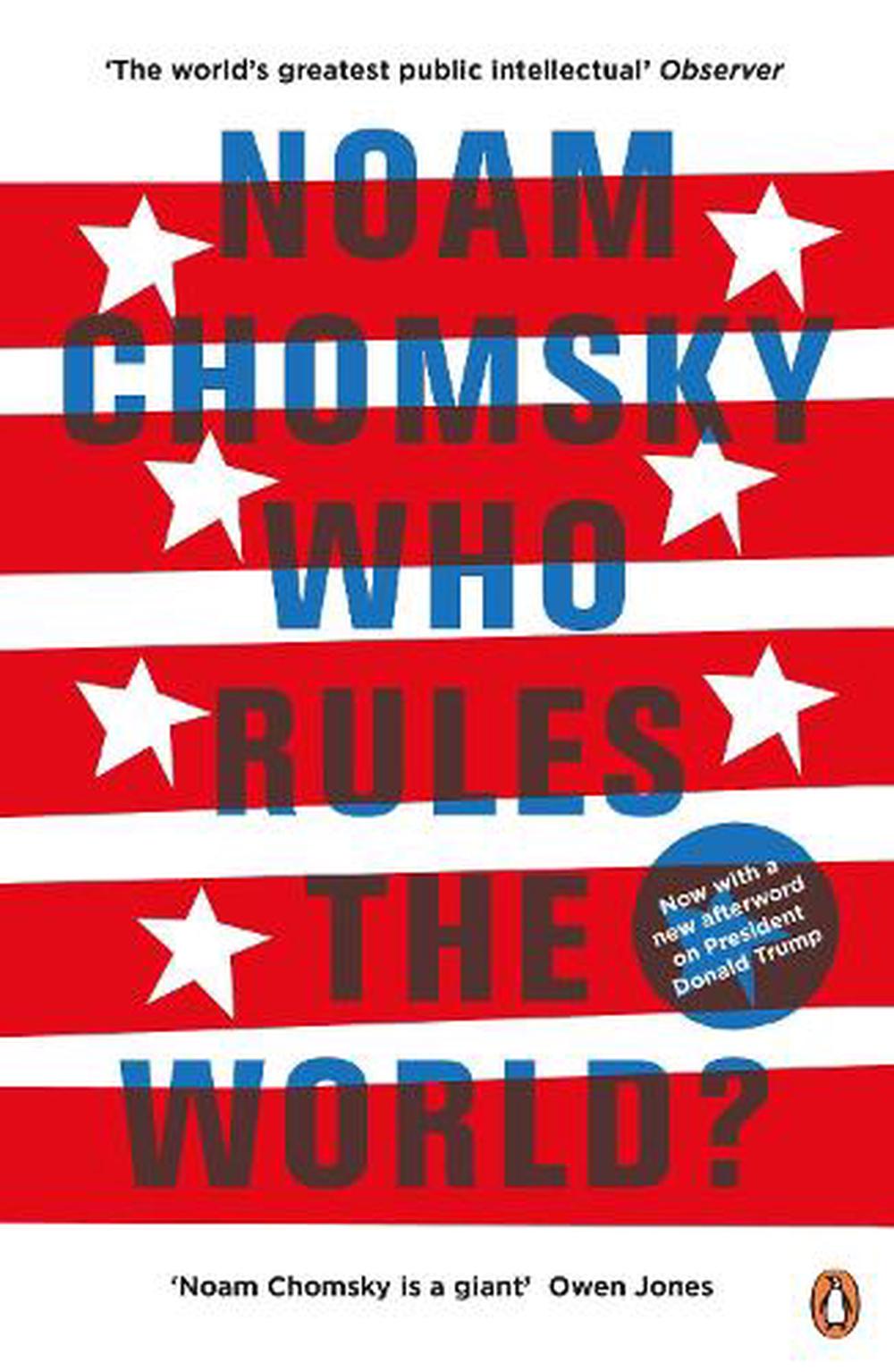 Noam Chomsky- philosopher, political writer, fearless activist. No one has done more to question the hidden actors who govern our lives, calling the powers that be to account. Here he presents Who Rules the World?, his definitive account of those powers, how they work, and why we should be questioning them. From the dark history of the US and Cuba to China's global rise, from torture memos to sanctions on Iran, this book investigates the defining issues of our times and exposes the hypocrisy at the heart of America's policies and actions. The world's political and financial elite are now operating almost totally unconstrained by the so-called democratic structure. With climate change and nuclear proliferation threatening our very survival, dissenting voices have never been more necessary. Fiercely outspoken and rigorously argued, Who Rules the World? is an indispensable guide to how things really are.

'Includes valuable arguments and evidence about the hypocrisy, even perfidy, of US foreign policy' The Times Literary Supplement Who Rules the World? is Noam Chomsky's rigorous examination of the dark currents underlying some of the major issues of our times. From the secret history of the US and Cuba to China's global ascent, from torture memos to sanctions on Iran, he explores how the United States' talk of freedom and human rights is often at odds with its actions. Delving deep into the conflicts in Iraq, Afghanistan, and Israel/Palestine, he offers a terrifying picture of the inner and outer workings of modern-day imperial power. 'With relentless logic, Chomsky bids us to listen closely to what our leaders tell us - and to discern what they are leaving out. Agree with him or not, we lose out by not listening' BusinessWeek 'It is possible that, if the United States goes the way of nineteenth-century Britain, Chomsky's interpretation will be the standard among historians a hundred years from now' New Yorker 'For anyone wanting to find out more about the world we live in . . . there is one simple answer: read Noam Chomsky' New Statesman [backlist thumbnails]

Noam Chomsky is the bestselling author of over 100 influential political books, including Hegemony or Survival, Imperial Ambitions, Failed States, Interventions, What We Say Goes, Hopes and Prospects, Making the Future, On Anarchism, Masters of Mankind and Who Rules the World. He has also been the subject of numerous books of biography and interviews and has collaborated with journalists on books such as Perilous Power, Gaza in Crisis, and On Palestine. Noam Chomsky is Professor Emeritus at Massachusetts Institute of Technology (MIT).

Publisher's description. Noam Chomsky is the world's most influential political commentator, bar none. Here he presents a comprehensive examination of contemporary America, its behaviour at home and abroad, its single-minded pursuit and exercise of power. Penguin

Publisher's description. Noam Chomsky is the world's most influential political commentator, bar none. Here he presents a comprehensive examination of contemporary America, its behaviour at home and abroad, its single-minded pursuit and exercise of power.