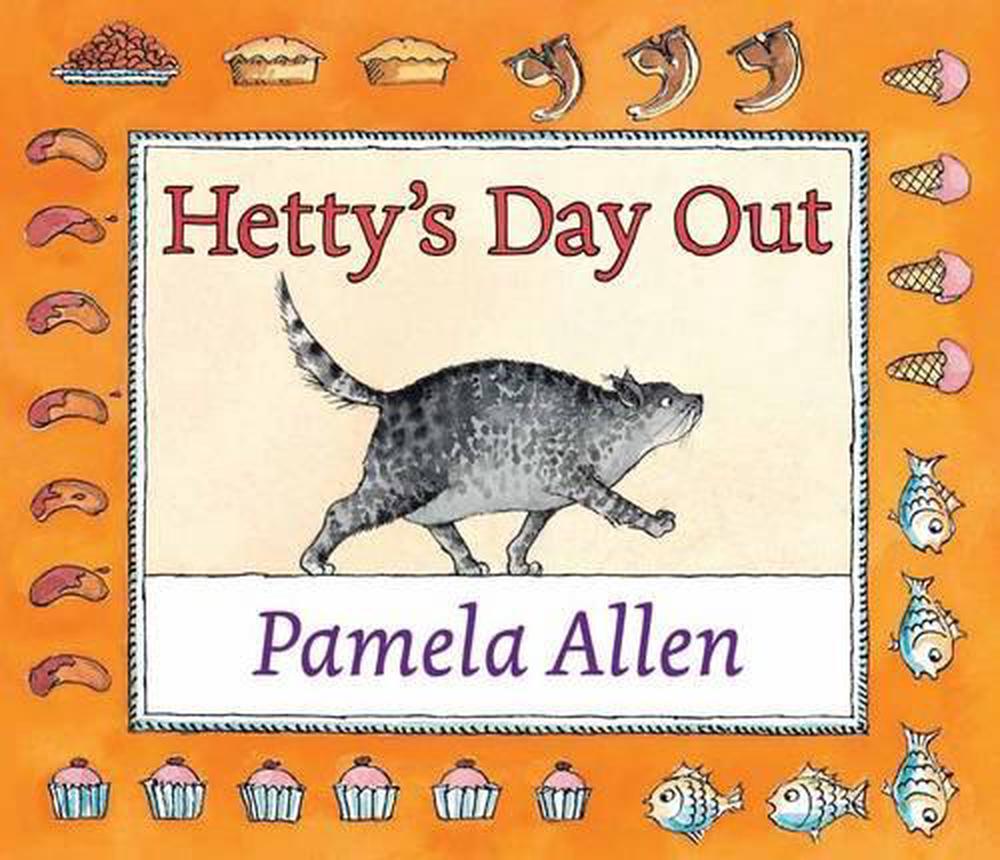 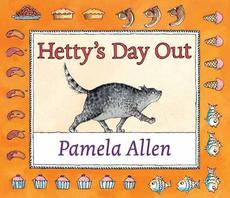 OTHER FORMATS:
PUBLISHED: 3rd January 2017
ISBN: 9780143505129
ANNOTATION:
Hetty the cat wakes up, yawns, washes behind her ears, and pops through her cat flap into the bright sunlight. And what does she find in the big wide world?

Hetty the cat wakes up, yawns, washes behind her ears, and pops through her cat flap into the bright sunlight. And what does she find in the big wide world?

This is a charming counting book about a cat's day out on the town and all the delectable treats she is fed by her friendly neighbours - with slightly disastrous results! In her typically playful and child-friendly style, Pam has used repetition and reinforcement to introduce the numbers up to seven. We follow Hetty through her journey of pork pies and cupcakes to the dramatic climax and satisfying conclusion, which sees her home and safe again.

Pamela Allen is a phenomenon in the world of children's literature. For almost thirty years her picture books have enchanted generations of children in Australia and overseas and many ofaher titlesahave won prestigious awards and commendations. She has earned classic status through the enduring popularity of her stories with the very young. a Pamela's books are full of the music of language; they are 'fragments of theatre', designed to be read aloud and shared between an adult and a child. Eight of Pamela's titles were adapted for the stage by Patch Theatre Company, and performed in theaSydney Opera House. In 2004, Grandpa and Thomas won the Children's Book Council Book of the Year Award- Early Childhood and The Potato People was named an Honour Book in the same category in 2003, and Grandpa and Thomas and the Green Umbrella was shortlisted for the same award in 2007, as was Shhh! Little Mouse in 2008. Is Your Grandmother a Goanna? won a 2008 Speech Pathology of Australia Book of the Year Award, as did Our Daft Dog Danny in 2010. a 'From Pamela Allen's first publication in 1980 it was clear that here was a creator of picture books with all the glow, gesture, din and dance to capture the attention, engage the imagination, teach, show, tickle and excite small children.' Meg Sorensen, Australian Book Review a Pamela Allen lives in New Zealand with her husband.

Hetty the cat wakes up, yawns, washes behind her ears, and pops through her cat flap into the bright sunlight. And what does she find in the big wide world?