From the Ruins of Empire

ISBN: 9780241954669
ANNOTATION:
Tells the history of the past two centuries, showing how a disparate group of thinkers, journalists, radicals and charismatics emerged from the ruins of empire to create an unstoppable Asian renaissance, one whose ideas lie behind everything from the Chinese Communist Party to the Muslim Brotherhood, and have made our world what it is today. 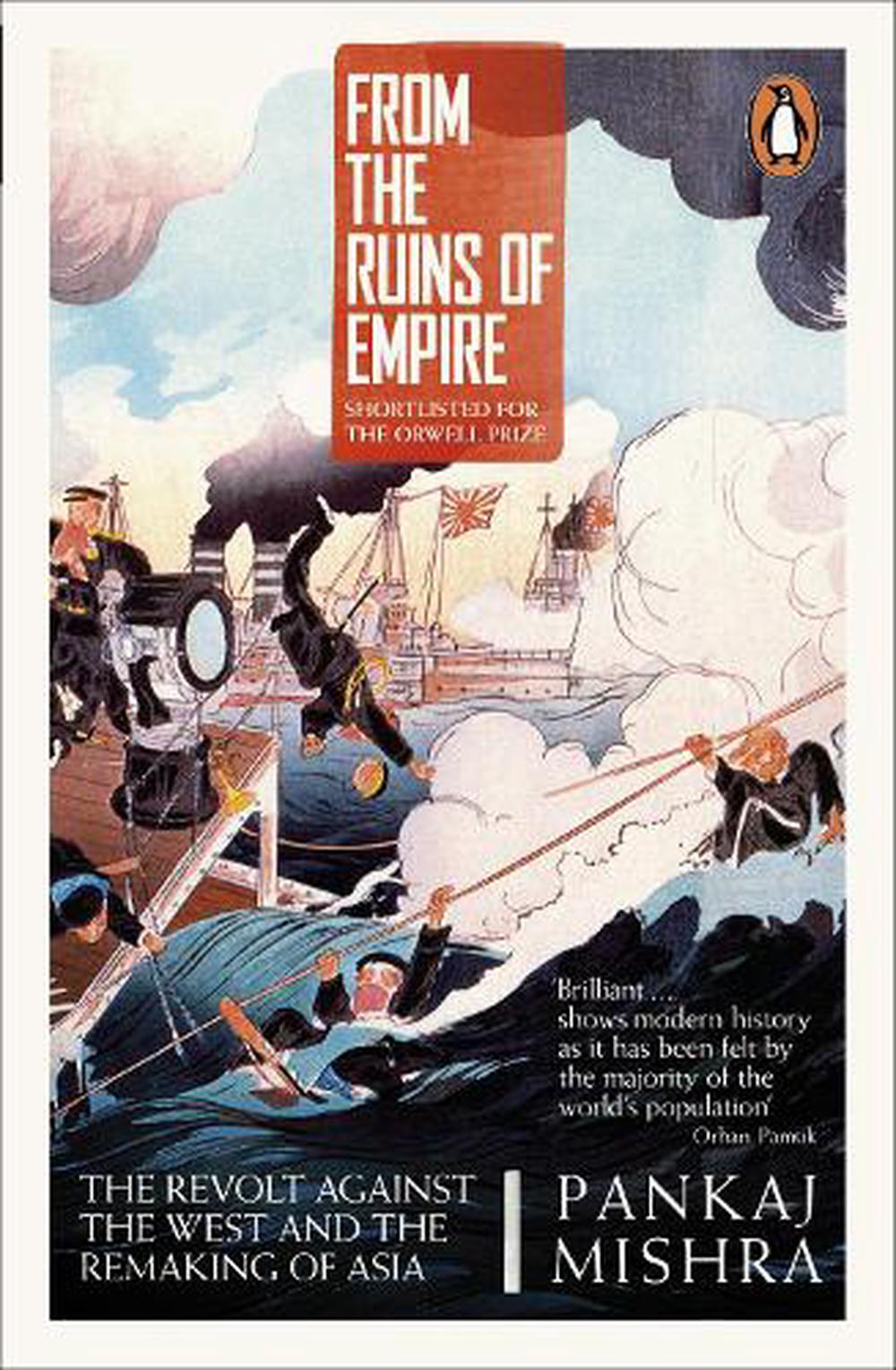 Tells the history of the past two centuries, showing how a disparate group of thinkers, journalists, radicals and charismatics emerged from the ruins of empire to create an unstoppable Asian renaissance, one whose ideas lie behind everything from the Chinese Communist Party to the Muslim Brotherhood, and have made our world what it is today.

Viewed in the West as a time of self-confident progress, the Victorian period was experienced by Asians as a catastrophe. As the British gunned down the last heirs to the Mughal Empire or burned down the Summer Palace in Beijing, it was clear that for Asia to recover a new way of thinking was needed. Pankaj Mishra re-tells the history of the past two centuries, showing how a remarkable, disparate group of thinkers, journalists, radicals and charismatics emerged from the ruins of empire to create an unstoppable Asian renaissance, one whose ideas lie behind everything from the Chinese Communist Party to the Muslim Brotherhood, and have made our world what it is today. 'Arrestingly original . . . this penetrating and disquieting book should be on the reading list of anybody who wants to understand where we are today.' John Gray, Independent 'Riveting . . . deeply entertaining and deeply humane.' Hisham Matar 'Fascinating . . . rich and genuinely thought-provoking.' Noel Malcolm, Sunday Telegraph 'A superb history.' Mohsin Hamid, Observer, Books of the Year 'Provocative, shaming and convincing.' Michael Binyon, The Times 'Lively . . . engaging . . . retains the power to shock.' Mark Mazower, Financial Times 'Subtle, erudite and entertaining.' Economist, Books of the Year

Pankaj Mishra is the author of Butter Chicken in Ludiana, The Romantics, An End to Suffering and Temptations of the West. He writes principally for the Guardian, The New York Times, London Review of Books and New York Review of Books. He lives in London, Shimla and New York.

A vital, nuanced argument ... prodigious Mint Mishra allows the reader to see the events of two centuries anew, through the eyes of the journalists, poets, radicals and charismatics who criss-crossed Europe and Asia Free Press Journal Subtle, erudite and entertaining Financial Express [Full of] complexity and nuance Mail Today Outstanding ... Mishra wears his scholarship lightly and weaves together the many strands of history into a gripping narrative ... The insights afforded by this book are too many to be enumerated ... Mishra performs a signal service to the future - by making us read the past in a fresh light The Hindu, New Delhi Sophisticated ... not so much polemic as cri de coeur, motivated by Mishra's keen sense of the world, East and West, hurtling towards its own destruction Tehelka, New Delhi Enormously ambitious but thoroughly readable, this book is essential reading for everyone who is interested in the processes of change that have led to the emergence of today's Asia -- Amitav Ghosh Wall Street Journal Highly readable and illuminating ... Mishra's analysis of Muslim reactions is particularly topical -- David Goodall Tablet Pankaj Mishra has produced a riveting account that makes new and illuminating connections. He follows the intellectual trail of this contested history with both intelligence and moral clarity. In the end we realise that what we are holding in our hands is not only a deeply entertaining and deeply humane book, but a balance sheet of the nature and mentality of colonisation -- Hisham Matar After Edward Said's masterpiece Orientalism, From the Ruins of Empire offers another bracing view of the history of the modern world. Pankaj Mishra [is] a brilliant author of wide learning ... skillful and captivating narration -- Wang Hui (Professor of Chinese Intellectual History, Tsinghua University, Beijing) Jolts our historical imagination ... a book of vast and wondrous learning and delightful and surprising associations that will give a new meaning to liberation geography -- Hamid Dabashi (Professor of Iranian Studies, Columbia University, New York) Brilliant ... Mishra reverses the long gaze of the West upon the East, showing modern history as it has been felt by the majority of the world's population - from Turkey to China. These are the amazing stories of the grandfathers of today's angry Asians. Excellent -- Orhan Pamuk Lively ... engaging ... From the Ruins of Empire retains the power to instruct and even to shock. It provides us with an exciting glimpse of the vast and still largely unexplored terrain of anti-colonial thought that shaped so much of the post-western world in which we now live -- Mark Mazower Financial Times Superb and ground-breaking. Not just a brilliant history of Asia, but a vital history for Asians -- Mohsin Hamid Fascinating ... a rich and genuinely thought-provoking book -- Noel Malcolm Telegraph From the Ruins of Empire gives eloquent voice to [the] curious, complex intellectual odysseys ... of some of Asia's most educated, thoughtful men -- Julia Lovell Guardian Deeply researched and arrestingly original ... this penetrating and disquieting book should be on the reading list of anybody who wants to understand where we are today -- John Gray Independent One can only be thankful for writers like Mishra. From The Ruins Of Empire is erudite, provocative, inspiring and unremittingly complex; a model kind of non-fiction for our disordered days ... May well be seen in years to come as a defining volume of its kind -- Stuart Kelly Scotsman Meticulous scholarship ... History, as Mishra insists, has been glossed and distorted by the conqueror ... [This] passionate account of the relentless subjugation of Asian empires by European, especially British, imperialism, is provocative, shaming and convincing -- Michael Binyon The Times