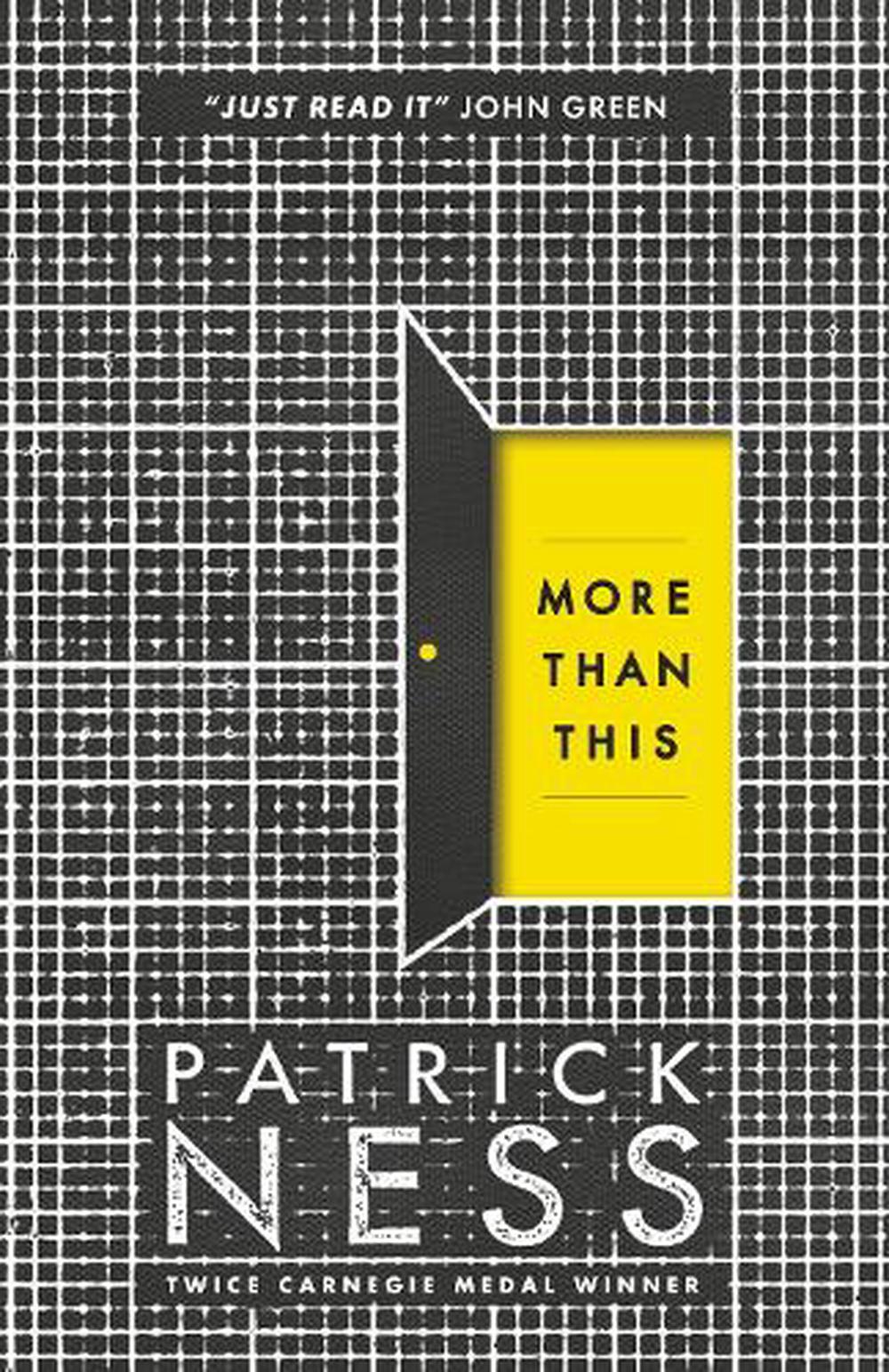 OTHER FORMATS:
PUBLISHED: 1st May 2014
ISBN: 9781406350487
ANNOTATION:
From two-time Carnegie Medal winner Patrick Ness comes an enthralling and provocative new novel chronicling the life - or perhaps afterlife - of a teen trapped in a crumbling, abandoned world.

From two-time Carnegie Medal winner Patrick Ness comes an enthralling and provocative new novel chronicling the life - or perhaps afterlife - of a teen trapped in a crumbling, abandoned world.

From two-time Carnegie Medal winner Patrick Ness comes an enthralling and provocative new novel chronicling the life - or perhaps afterlife - of a teen trapped in a crumbling, abandoned world.

A boy called Seth drowns, desperate and alone in his final moments, losing his life as the pounding sea claims him. But then he wakes. He is naked, thirsty, starving. But alive. How is that possible? He remembers dying, his bones breaking, his skull dashed upon the rocks. So how is he is here? And where is this place? It looks like the suburban English town where he lived as a child, before an unthinkable tragedy happened and his family moved to America. But the neighbourhood around his old house is overgrown, covered in dust and completely abandoned. What's going on? And why is it that whenever he closes his eyes, he falls prey to vivid, agonizing memories that seem more real than the world around him? Seth begins a search for answers, hoping that he might not be alone, that this might not be the hell he fears it to be, that there might be more than just this...

Patrick Ness is the author of the critically-acclaimed and bestselling Chaos Walking trilogy, as well as the Carnegie Medal-winning A Monster Calls, inspired by an idea from Siobhan Dowd. Among the numerous awards he has received are the Guardian Children's Fiction Prize, the Booktrust Teenage Prize and the Costa Children's Book Award. Born in Virginia, he lived in London from 1999 and now lives in Los Angeles, USA.

"It will really blow your mind" ... "it is surreal [...] really surprising [...] mind expanding [...] highly recommend it" E Lockhart I thought that this book started with a really interesting premise because usually in a book like this you follow the action heroes and not the bystanders. This meant that reading it was far better because it's difficult to relate to someone who's slaying vampires whereas someone who has OCD and is dealing with homework issues is far easier to understand. -- Reader Review Teen Titles It's incredibly hard to talk about this book without giving anything important away but if you want complexity, adventure and just a sprinkling of sci-fi, this book is most certainly for you. -- Young Reviewer The Guardian Online Ness's style of writing is beautiful, as it is in his other books, I could picture the story very well, and this makes his books very powerful. -- The Guardian Online The Guardian Online Patrick Ness definitely knows how to keep readers intrigued and desperate to read the next chapter. -- The Guardian Online The Guardian Online More Than This is funny, tragic, and hopeful, often all at once and can be enjoyed by every type of reader, from those in English towns to the Washington coast. -- sosogay.co.uk sosogay.co.uk Gripping, ambitious -- Alex O'Connell The Times An enthralling and provocative new novel chronicling the life-or perhaps afterlife-of a teen trapped in a crumbling, abandoned world World Book Day Ness, who won the Carnegie Medal two years running, has a talent for combining philosophical profundity and punchy prose. His books contain crackling dialogue, suspenseful action, twisty plots and big ideas. This novel toys with what we believe to be real, as teenage Seth drowns in the first chapter, only to wake up somewhere more complicated than an afterlife. His experience changes his attitude to the life he knew in suburban England and in small-town America, which is gradually revealed in flashbacks. With chapter endings so surprising you learn to hide the text rather than risk peeking ahead and spoiling the build-up, this is a story of friendship, danger, gay romance, child abduction, technology, guilt and hope. -- Nicolette Jones The Sunday Times Heart-breaking, emotional and dark. It's a story about love, forgiveness, friendship, hope and the unbelievable. It's a book that you'll invest time in and that will have your attention long after the last page is read - trust me Luna's Little Library Book of the Month Ness deals sensitively with themes of love and race in this post-apocalyptic tale Family Traveller