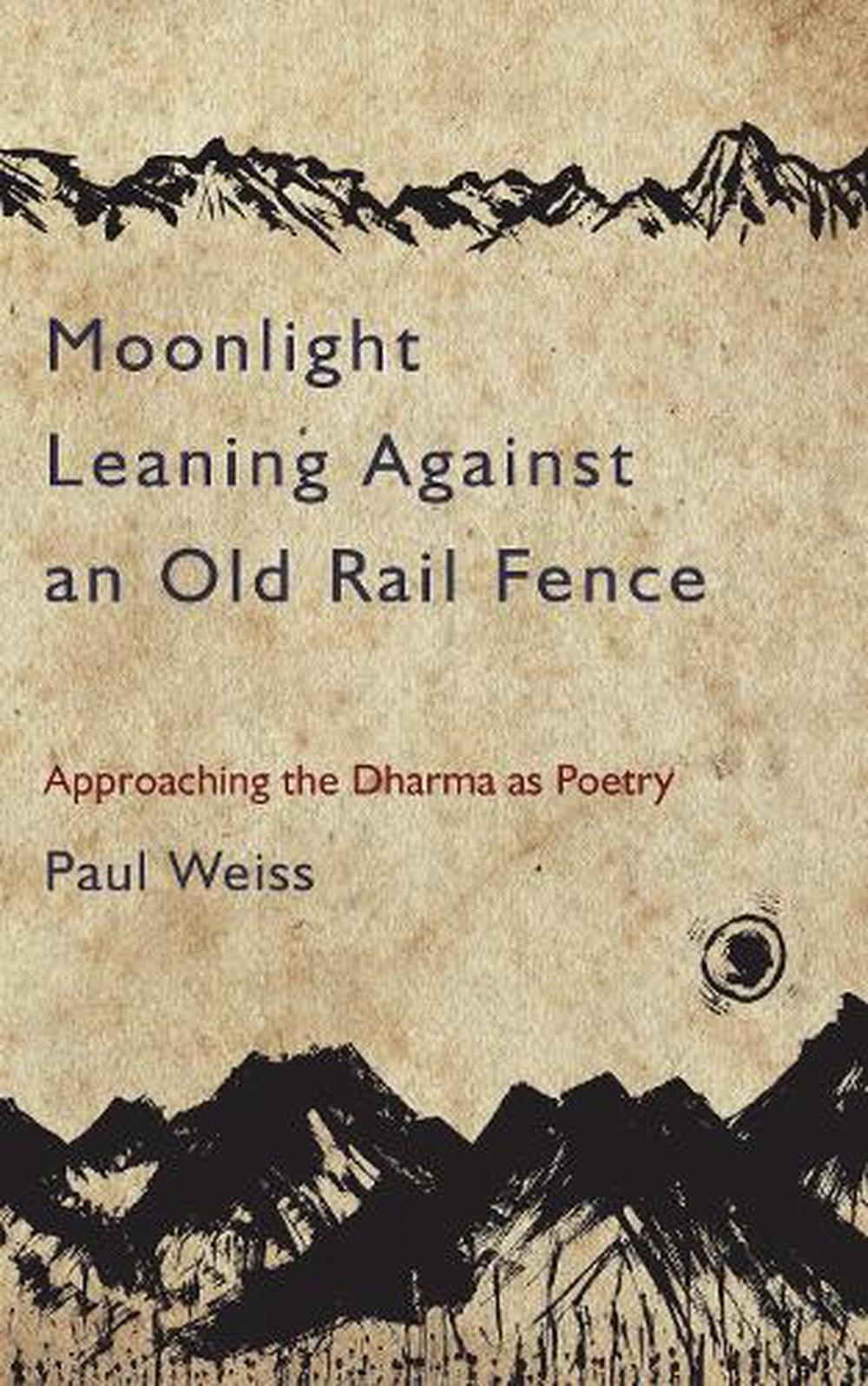 OTHER FORMATS:
PUBLISHED: 3rd August 2015
ISBN: 9781583949450
ANNOTATION:
"A book of spiritual themes and practices weaving the poetic and academic, presented as zen poems with dharma commentary."--

"A book of spiritual themes and practices weaving the poetic and academic, presented as zen poems with dharma commentary."--

Moonlight Leaning Against an Old Rail Fenceais a rich collection of dharma teachings arising from a lifetime of Buddhist practice. It uses poetic perception to illuminate the vast landscape of spiritual practice and realization, never becoming parochial in its presentation or one-sided in its language. The author reflects his broad range of concerns and inclusiveness of spiritual experience, language, and tradition. The voices of Zen and Dzogchen find an easy interchange with Taoist, Sufi, Christian, and indigenous perspectives, psychoanalysis, quantum physics, and neuroscience.

This book comes out of a tradition in which spiritual exposition arises as commentary to an earlier poetic text. In this case, it is 48 poems, each very different, out of which the author teases a rich compendium of spiritual teachings that are both original and relevant to inform and encourage any reader's spiritual practice, comtemplation, and growth. Some are simple and ecstatic celebrations of luminous and transparent reality; some are technical expositions of subtle points of Buddhits teaching or meditation practice, some are reflections and support for everyday life; and some touch on vital issues of history, culture, and human development, from imperialism, fundamentalism, and human atrocity to narcissism, partriarchy, and addiction. All become threads in a challenging but warmly engaging exposition of dharma, continually weaving the personal and the academic, the relative and the universal, the ordinary and the mystical.

While rarely using the terms, the author ultimately celebratesabodhicitta,athe awake, compassionate ground of the universe, and theaprajnaparamita,aits paradoxical and inconceivable nature, which he calles the "Mother of Poetry." Combing technical clarity with lyrical, sometimes rapturous prose,aMoonlight Leaning Against an Old Rail Fenceapoints beyond our literal fixations with language, ideas, and doctrines to evoke the great ungraspable poetic reality that expresses in all our spirituality and in all our human experience.

Born in New York City in 1947, PAUL WEISS began his zen practice at the age of 18 after several transformative experiences and studied with Japanese teachers in New York and San Francisco. He began his study of tai chi chuan with Master Cheng Man-ching in New York in 1967. the same year he completed an undergraduate thesis at Goddard College in Vermont on non-dualistic psychology and the dialectics of liberation. Weiss was drawn to the coast of Maine in 1969 to study with Walter Nowick, one of the first American zen masters. In 1971, he was initiated into Surat Shabd Yoga by the Indian master Sant Kirpal Sing. His study continued through four trips to India and, much later, eight trips to China, where he was certified to teach by three schools of qigong. In 1981, bringing together his accumulated training in counseling psychology, naturopathic health care, body work therapies, meditation and qigong, Weiss founded the Whole Health Center in Bar Harbor, Maine with his wife Alexandra with whom he raised six children. a Over the years, Weiss's attention has remained on his local community, offering counseling and emotional process work grounded in Buddhist practice, a wide variety of workshops, and Buddhist and Taoist retreats. His True Heart True Mind Retreat, offered several times a year since 1984, has drawn many from afar for its transformative fusion of intensive contemplation and deep two-person communication. His current focus is on working with individuals and couples, teaching in large and small community groups on aspects of human development, and rambling in the Maine woods.

"Paul Weiss fearlessly transmits virtue through sharing with us everything from the prajnaparamita of the New York subway system to the spiritual authority of the wild earth, to loving instructions on how to stay awake in the face of the harsh realities of the world today. With the perspective and inclusiveness that come from a lifetime of practice and realization, he helps us make sense of the world we live in, affirm our deepest nature and capacity as human beings, and bring alive the possibilities for our own engaged practice. Drink deeply." --Sarah M. Vekasi, MDiv, founder of the Eco-Chaplaincy Initiative "Paul Weiss is a Dharma teacher with lots of heart wisdom. I have known Paul for many years, and it is truly exciting to see that he has written this book to capture his deep understanding of the spiritual path. This is a beautiful gift for all of us, and reading it can help to open our hearts." --Anam Thubten Rinpoche, founder and spiritual advisor to the Dharmata Foundation and author of No Self, No Problem and The Magic of Awareness

"Paul Weiss fearlessly transmits virtue through sharing with us everything from the prajnaparamita of the New York subway system to the spiritual authority of the wild earth, to loving instructions on how to stay awake in the face of the harsh realities of the world today.