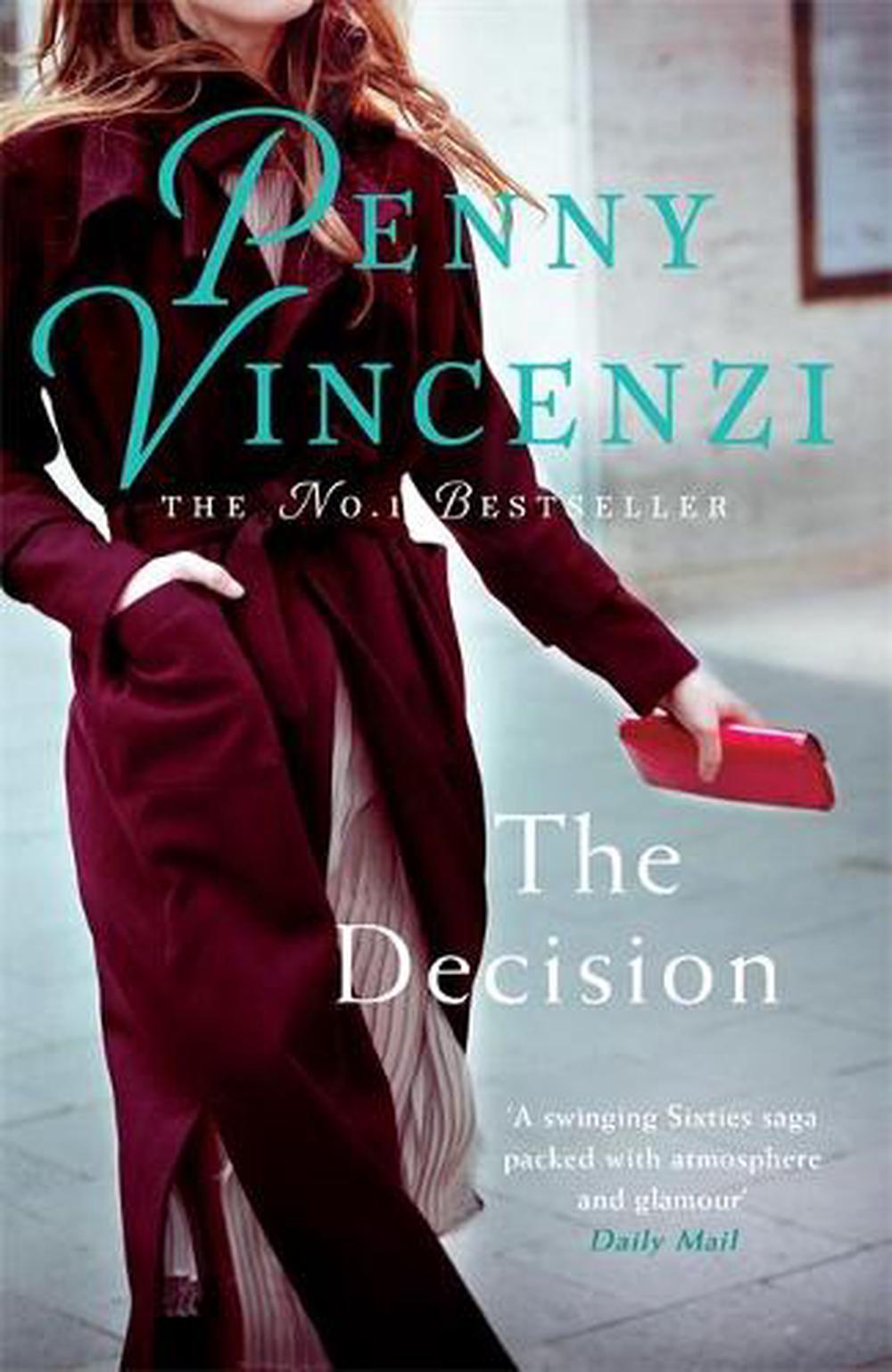 Sixties London, fashion, affairs and heartbreak - an all-consuming tale from No. 1 bestselling author, Penny Vincenzi. The Original and The Best.

'She is such a great seductress that you won't want to take a break, even to fill the kettle' Sunday Express'

It's the Sixties - girls are in miniskirts, King's Road and Carnaby Street are where it's at and big buildings are going up all over London.

Eliza is fresh into town and determined to make her mark in the fashion world; Jeremy is an ad man, clever and full of charm and Matt is devilishly good-looking, a property tycoon on the make. Things are beginning to get busy...

Years later, a hurried marriage is doomed and a child is at the centre of an agonizing divorce. THE DECISION is a sweeping, sizzling novel in which hearts are broken, secrets revealed and reputations shattered. And at the heart of it all lies the fate of a little girl.

Penny Vincenzi, who died in 2018, was one of the UK's best-loved and most popular authors. Since her first book, Old Sins, was first published in 1989, she went on to write sixteen more bestselling novels and two collections of stories. She began her career as a junior secretary for Vogue magazine and went on to work at The Daily Mirror, Tatler, and later as a Fashion and Beauty Editor on magazines such as Woman's Own, Nova and Honey, before becoming a Deputy Editor of Options and Contributing Editor of Cosmopolitan. Over seven million copies of Penny's books have been sold worldwide and she is universally held to be the 'doyenne of the modern blockbuster' (Glamour).

'There are few things better in life than the knowledge that sitting on your bedside table is the latest novel by Penny Vincenzi... A gem, Penny never fails her devoted fans' - The Daily Express

She is such a great seductress that you won't want to take a break, even to fill the kettle - Sunday Express

'Glamorous, weepy, indulgent and at times heartbreaking. Oh, and it has some racy bits, too. Hooray!' - Heat