PUBLISHED: 31st July 2018
ISBN: 9780733639777
ANNOTATION:
This is the story of Tom Phelps and the 'other Kokoda Track'. Seventy-five years later, Tom's grandson, award-winning actor and writer Peter Phelps, is sharing this inspiring tale of resilience, mateship and survival. 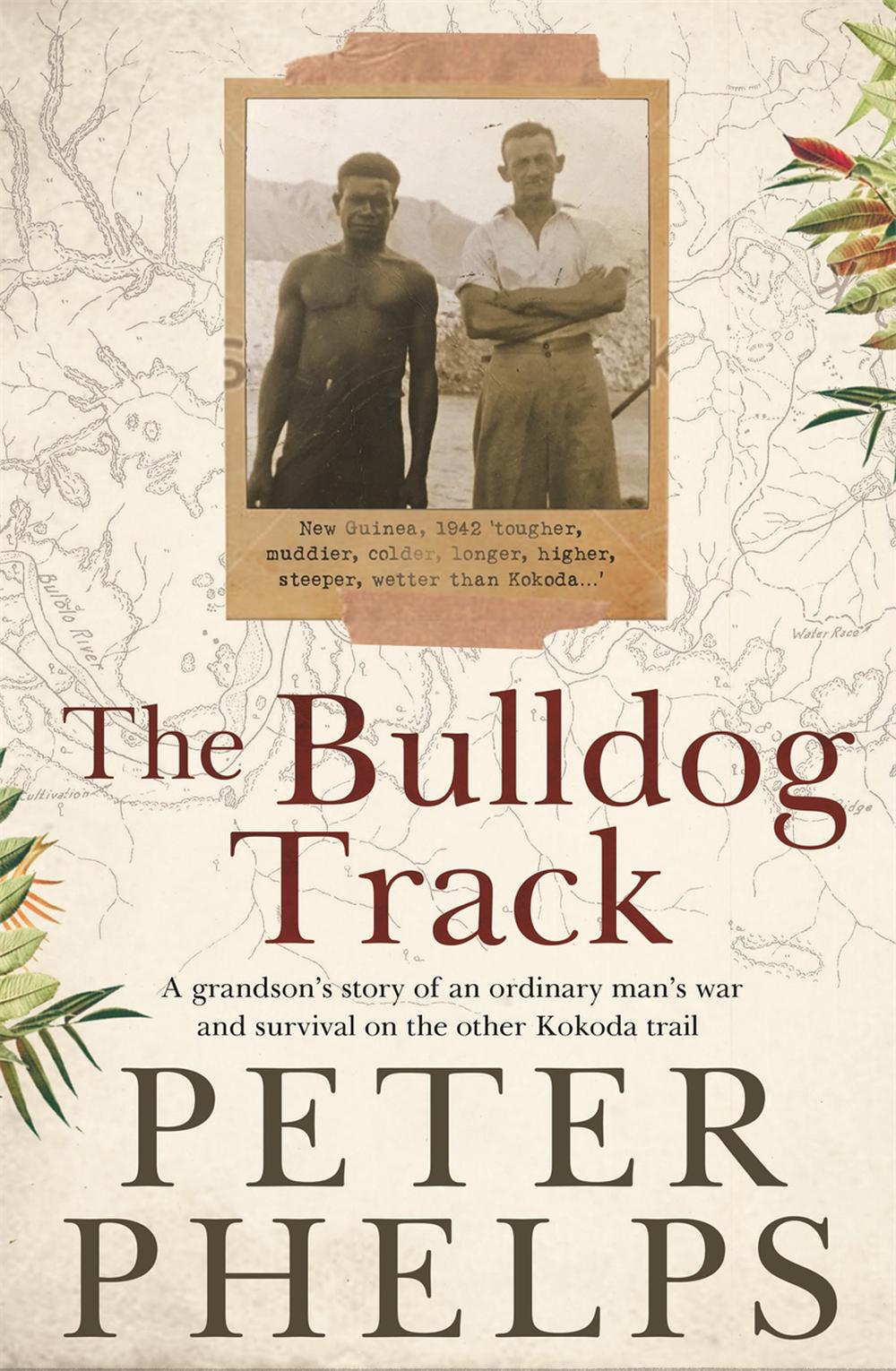 OTHER FORMATS:
PUBLISHED: 31st July 2018
ISBN: 9780733639777
ANNOTATION:
This is the story of Tom Phelps and the 'other Kokoda Track'. Seventy-five years later, Tom's grandson, award-winning actor and writer Peter Phelps, is sharing this inspiring tale of resilience, mateship and survival.

This is the story of Tom Phelps and the 'other Kokoda Track'. Seventy-five years later, Tom's grandson, award-winning actor and writer Peter Phelps, is sharing this inspiring tale of resilience, mateship and survival.

This is the story of Tom Phelps and the 'other Kokoda Track'. Seventy-five years later, Tom's grandson, award-winning actor and writer Peter Phelps, is sharing this inspiring tale of resilience and survival.

March 1942: The world is at war. Too old to fight and with jobs scarce at home, Tom Phelps found work as a carpenter in the goldfields of the New Guinea Highlands. No one expected the Japanese to attack in the Pacific. But they did.

Tom and his mates weren't going to hang around and wait to be killed. With escape routes bombed by the Japanese, their only option was to try to reach safety by foot, through some of the most rugged terrain on Earth - the Bulldog Track.

Back home in Sydney, Rose Phelps, their son, George, and three daughters, Joy, Shirley and Ann, waited for news of Tom's fate. George watched the horrors of war unfold on newsreels knowing his dad was 'over there'.

Travelling by foot, raft, canoe, schooner, train, luck and courage, Tom Phelps, half-starved and suffering malaria, would eventually make it home. His stories of New Guinea would lead his son and grandson to their own experiences with the country.

The Bulldog Track is a grandson's story of an ordinary man's war. It is an incredible tale of survival and the indomitable Aussie spirit.

Peter Phelps is one of Australia's best-loved actors, regularly appearing in film, television and theatre productions. He is an AFI and Logie award winner and has directed episodes of All Saints and Home and Away. In 1994 he wrote the bestselling book Sex without Madonna: True confessions of a hired gun in Tinseltown (a wry look at his years in Hollywood). His second book, The Bulldog Track, is a very personal account of his grandfather's incredible survival in New Guinea during WWII, and his escape by the 'other Kokoda trail'.

Phelps' story is an extraordinary and unforgettable read. Warcry Magazine The amazing feat of his indomitable grandfather and his ragged but resilient companions has been presented in an exciting story demonstrating great family pride and affection. ReadPlus Blog The themes of separation, loneliness, doubt and heroism are all here, and we gain a clear picture of the emotional cost of war to an individual family. Honest History This book perfectly captures the Aussie spirit and the heart of what mateship really means. Gemsbooknook Review Golden Plains Miner His appreciation for a good story is evident; this writer possesses a commanding turn of phrase. Manly Daily