(1 review)
ISBN: 9780262027601
ANNOTATION:
The evolution of the surfboard, from traditional Hawaiian folk designs to masterpieces of mathematical engineering to mass-produced fiberglass. 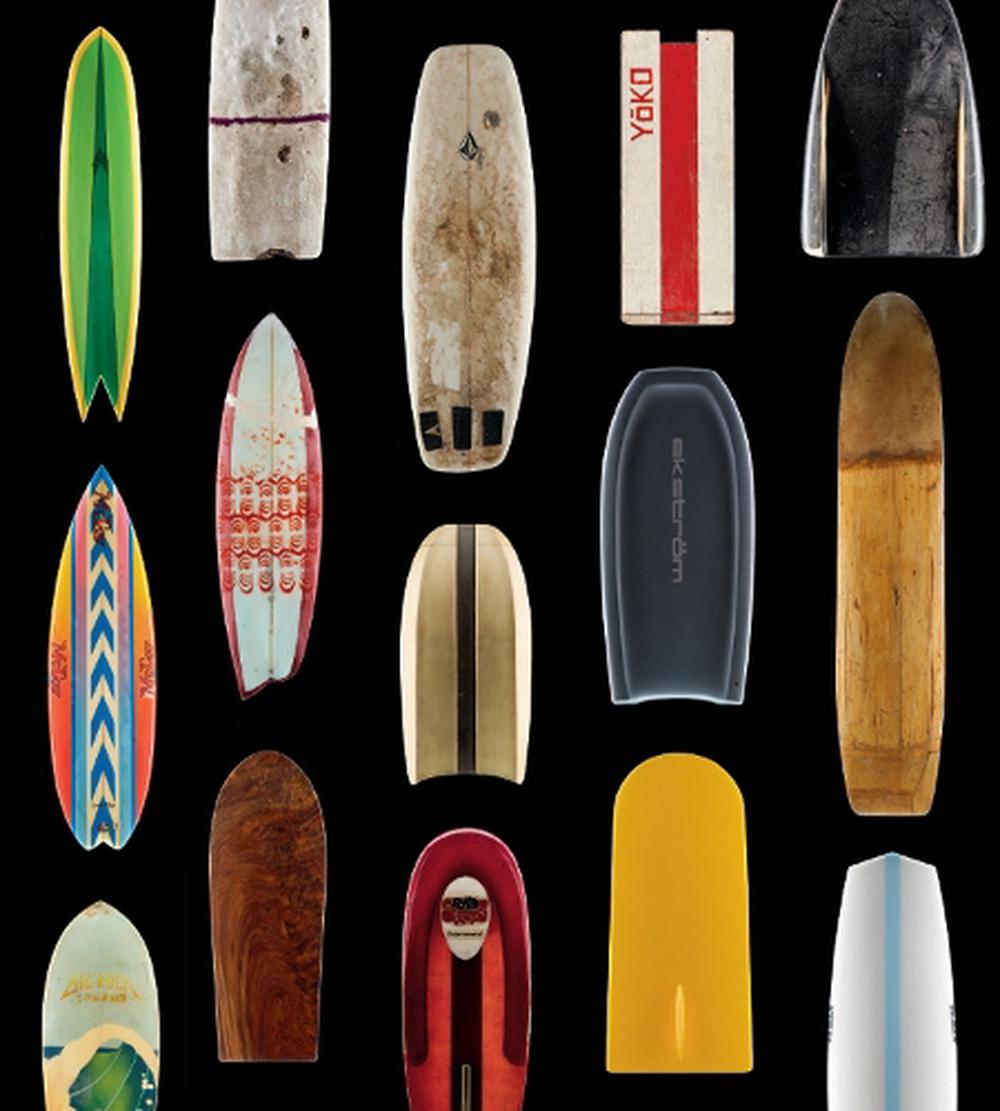 OTHER FORMATS:
ISBN: 9780262027601
ANNOTATION:
The evolution of the surfboard, from traditional Hawaiian folk designs to masterpieces of mathematical engineering to mass-produced fiberglass.

The evolution of the surfboard, from traditional Hawaiian folk designs to masterpieces of mathematical engineering to mass-produced fiberglass.

The evolution of the surfboard, from traditional Hawaiian folk designs to masterpieces of mathematical engineering to mass-produced fiberglass.

Surfboards were once made of wood and shaped by hand, objects of both cultural and recreational significance. Today most surfboards are mass-produced with fiberglass and a stew of petrochemicals, moving (or floating) billboards for athletes and their brands, emphasizing the commercial rather than the cultural. Surf Craft maps this evolution, examining surfboard design and craft with 150 color images and an insightful text. From the ancient Hawaiian alaia, the traditional board of the common people, to the unadorned boards designed with mathematical precision (but built by hand) by Bob Simmons, to the store-bought longboards popularized by the 1959 surf-exploitation movie Gidget, board design reflects both aesthetics and history. The decline of traditional alaia board riding is not only an example of a lost art but also a metaphor for the disintegration of traditional culture after the Republic of Hawaii was overthrown and annexed in the 1890s.

In his text, Richard Kenvin looks at the craft and design of surfboards from a historical and cultural perspective. He views board design as an exemplary model of mingei, or art of the people, and the craft philosophy of Soetsu Yanagi. Yanagi believed that a design's true beauty and purpose are revealed when it is put to its intended use. In its purest form, the craft of board building, along with the act of surfing itself, exemplifies mingei. Surf Craft pays particular attention to Bob Simmons's boards, which are striking examples of this kind of functional design, mirroring the work of postwar modern California designers.

Surf Craft is published in conjunction with an exhibition at San Diego's Mingei International Museum.

Richard Kenvin is Director of the Hydrodynamica Project. He writes for The Surfer's Journal and is the guest curator of the Surf Craft exhibition.

A beautiful coffee table book stuffed with stunning images of the boards on display from the exhibition. It's worth buying simply for the photos alone, but Surf Craft also includes a thoughtfully-written 40-page introduction by Kenvin that traces the evolution of surfboard design, and also explains how meticulous handcraftmanship can inform modern high volume commercially-made surf craft; it's a well-reasoned take on how ramping up surfboard production in the '60s didn't necessarily kill the beauty and art of surfboards.

-Surfer Magazine Richard Kenvin traces the history of surfing from an exclusive pursuit of Hawaiian royals-the 1% scored the most bouyant boards-to the post-Gidget era of big-money competition. Where long or short, wood or fiberglass-all gorgeously photographed here-surfboards have retained their basic uplifting function. Readers may be surprised at how many funky variations board designers have produced over the years-and how beautiful they can be.

-The Wall Street Journal In his gorgeous and learned new book, Surf Craft: Design and the Culture of Board Riding Richard Kenvin makes a strong case that surfboards should be considered works of art.

-John McMurtrie, San Francisco Chronicle Anyone interested in design or surfing or both cannot fail to be enchanted by this beautiful book.... High-quality photographs of the exhibited boards, both traditional and modern, are accompanied by Kenvin's thoughtful commentary on the history of surf board design.

Loved the book but came in a very poor condition and had to send it back.
By Lucy