(1 review)
PUBLISHED: 5th January 1993
ISBN: 9780099173311
ANNOTATION:
Winner of the Nobel Prize for Physics in 1965, Richard Feynman was one of the world's greatest theoretical physicists, but he was also a man who fell, often jumped, into adventure. 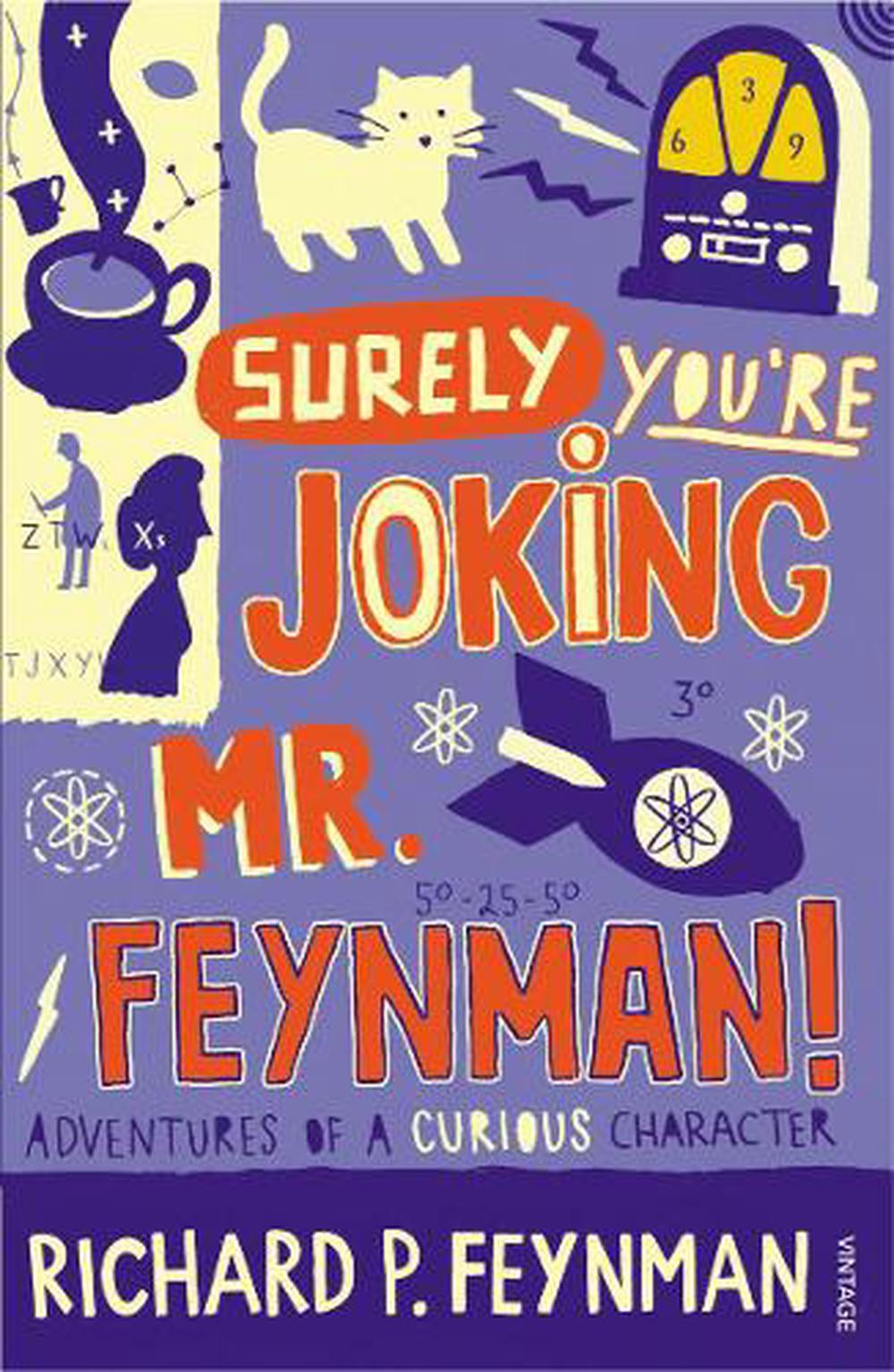 Winner of the Nobel Prize for Physics in 1965, Richard Feynman was one of the world's greatest theoretical physicists, but he was also a man who fell, often jumped, into adventure.

Winner of the Nobel Prize for Physics in 1965, Richard Feynman was also a man who fell, often jumped, into adventure - as artist, safe-cracker, practical joker and storyteller. He solved the mystery of liquid helium, was commissioned to paint a naked (female) toreador, explained physics to the likes of Einstein and Von Neumann, accompanied ballet on the bongo drums, and was judged mentally deficient by a US Army psychiatrist. Over a period of years, Feynman's conversations with his friend Ralph Leighton were first taped and then set down as they appear in this book, little changed from their spoken form, to give a self-portrait of a remarkable man.

Richard Feynman was, until his death in 1988, the most famous physicist in the world. Only an infinitesimal part of the general population could understand his mathematical physics, but his outgoing and sunny personality, his gift for exposition, his habit of playing the bongo drums, and his testimony to the Presidential Commission on the Challenger Space Shuttle disaster turned him into a celebrity.

Richard Feynman died in 1988 after a long illness. Freeman Dyson, of the Institute for Advanced Study in Princeton, New Jersey, called him 'the most original mind of his generation', while in its obituary The New York Times described him as 'arguably the most brilliant, iconoclastic and influential of the postwar generation of theoretical physicists'.

Buzzes with energy, anecdote and life. It almost makes you want to become a physicist Science Digest Quintessential Feynman - funny, brilliant, bawdy...enormously entertaining New Yorker A storyteller in the tradition of Mark Twain. He proves once again that it is possible to laugh out loud and scratch your head at the same time New York Times Book Review There are two types of genius. Ordinary geniuses do great things, but they leave you room to believe that you could do the same if only you worked hard enough. Then there are magicians, and you can have no idea how they do it. Feynman was a magician -- Hans Bethe, theoretical physicist and Nobel laureate