ISBN: 9780141369334
ANNOTATION:
A collection of animal rhymes featuring grisly beasts out for human blood, ranging from Gocky-Wock the crocodile to Sting-A-Ling the scorpion. 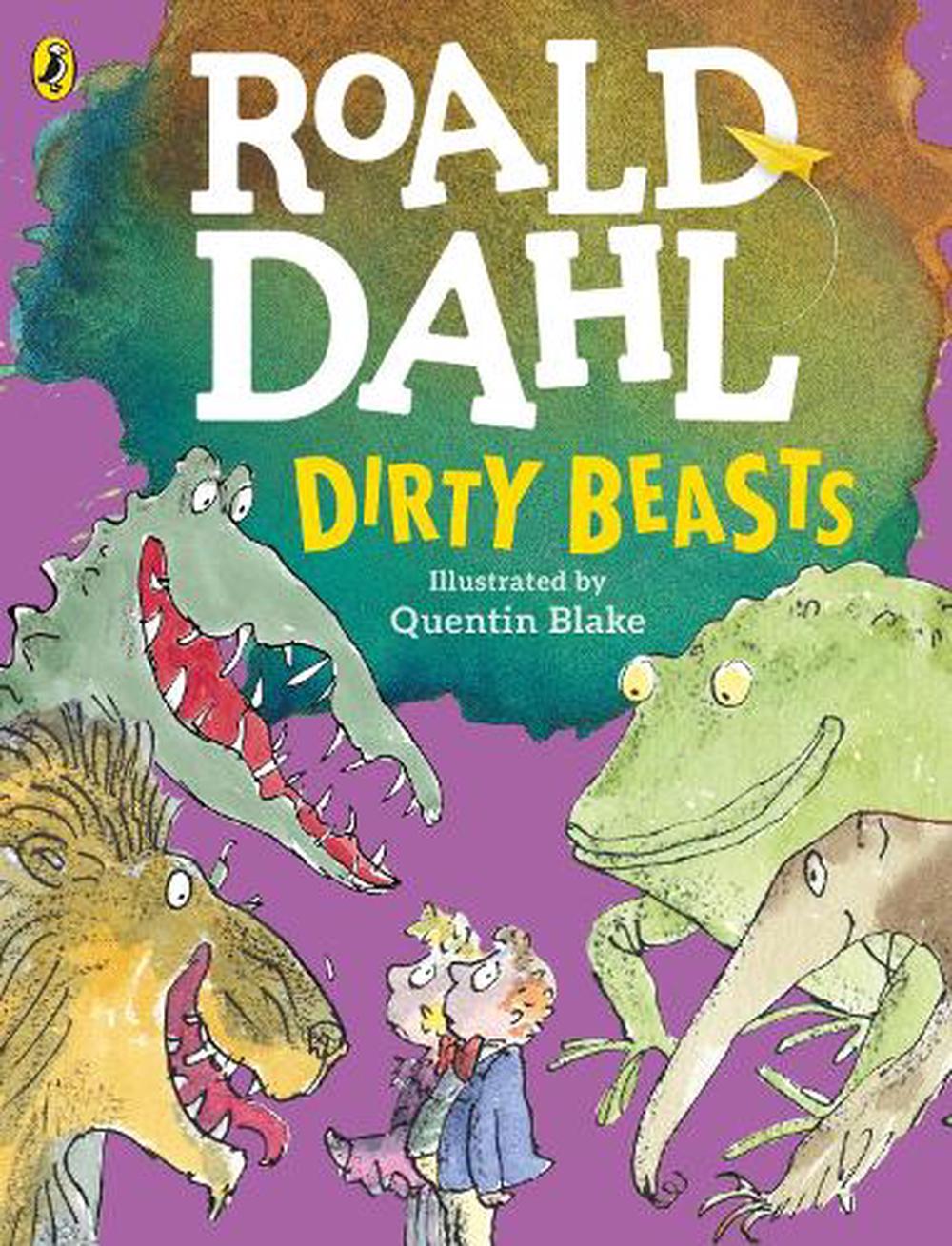 A collection of animal rhymes featuring grisly beasts out for human blood, ranging from Gocky-Wock the crocodile to Sting-A-Ling the scorpion.

Dirty Beasts is a collection of hilarious animal rhymes from the World's NUMBER ONE Storyteller! Reissued in the exciting new Roald Dahl branding. A collection of (mainly) grisly beasts out for human blood, ranging from Gocky-Wock the crocodile to Sting-A-Ling the scorpion. Described in verse with all Dahl's usual gusto and illustrated in suitably lurid style by Quentin Blake. 'A true genius . . . Roald Dahl is my hero' - David Walliams Exciting, bold and instantly recognisable with Quentin Blake's inimitable artwork. Listen to DIRTY BEASTS (with REVOLTING RHYMES) and other Roald Dahl audiobooks read by some very famous voices, including Kate Winslet, David Walliams and Steven Fry - plus there are added squelchy soundeffects from Pinewood Studios! Look out for new Roald Dahl apps in the App store and Google Play- including the disgusting TWIT OR MISS! inspired by the revolting Twits. Look out for the whole collection of wondercrump Roald Dahl books!