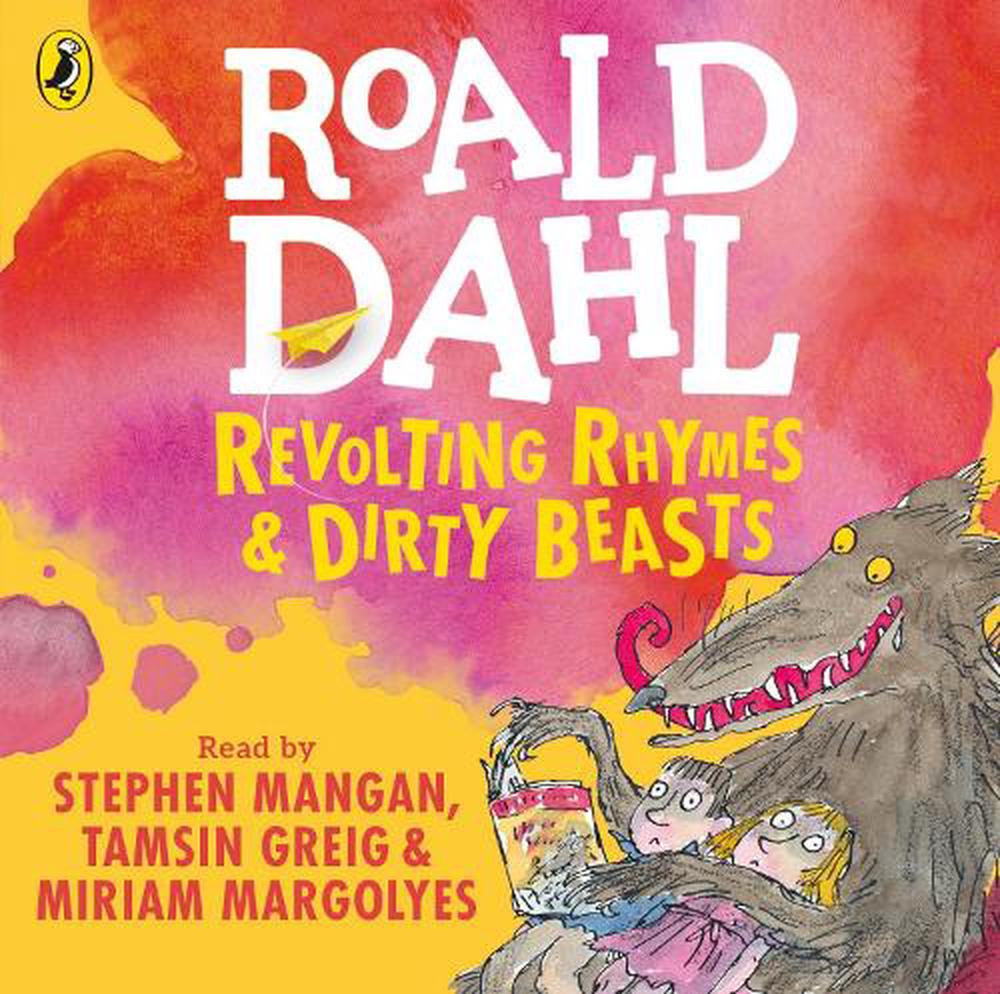 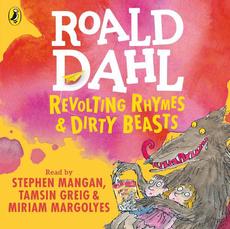 A audiobook that contains original music.

Puffin Audiobooks presents two volumes of beastly poetry by Roald Dahl, complete and unabridged and raucously read by Miriam Margolyes, Stephen Mangan, and Tamsin Greig. The audiobook contains original music. In Revolting Rhymes, you can think again if you thought you knew the stories of some of the most popular fairy tales. Here are six of the best known retold, with more than a twist or two, by the master of the comic and the blood-curdling. In Dirty Beasts we meet a ghastly menagerie of wonderfully comic animals that can only have been invented by Roald Dahl. There is the toad that jumps to France - at his own peril; the pig who ponders the meaning of life; the anteater who gets the wrong end of the stick; and many more. Snigger, titter and laugh at their antics in this collection of irreverent and absurdly comic verse! Listen to other Roald Dahl audiobooks read by some very famous voices, including Kate Winslet, David Walliams and Steven Fry - plus there are added squelchy soundeffects from Pinewood Studios! Look out for new Roald Dahl apps in the App store and Google Play- including the disgusting TWIT OR MISS! inspired by the revolting Twits.

Sitting in a hut at the bottom of his garden, surrounded by odd bits and pieces such as a suitcase (used as a footrest), his own hipbone (which he'd had replaced) and a heavy ball of metal foil (made from years' worth of chocolate wrappers), Roald Dahl wrote some of the world's best-loved stories including Charlie and the Chocolate Factory, The Twits, The Witches, The BFG, Fantastic Mr Fox, James and the Giant Peach and lots more.

In Revolting Rhymes, you can think again if you thought you knew the stories of some of the most popular fairy tales. Here are six of the best known retold, with more than a twist or two, by the master of the comic and the blood-curdling.