PUBLISHED: 6th September 2012
ISBN: 9780141340555
ANNOTATION:
Features jokes, limericks, riddles, Knock knock and Doctor, doctor. This book is suitable for young children, specially themed around characters such as Charlie, George, The BFG, Matilda, James and many others. 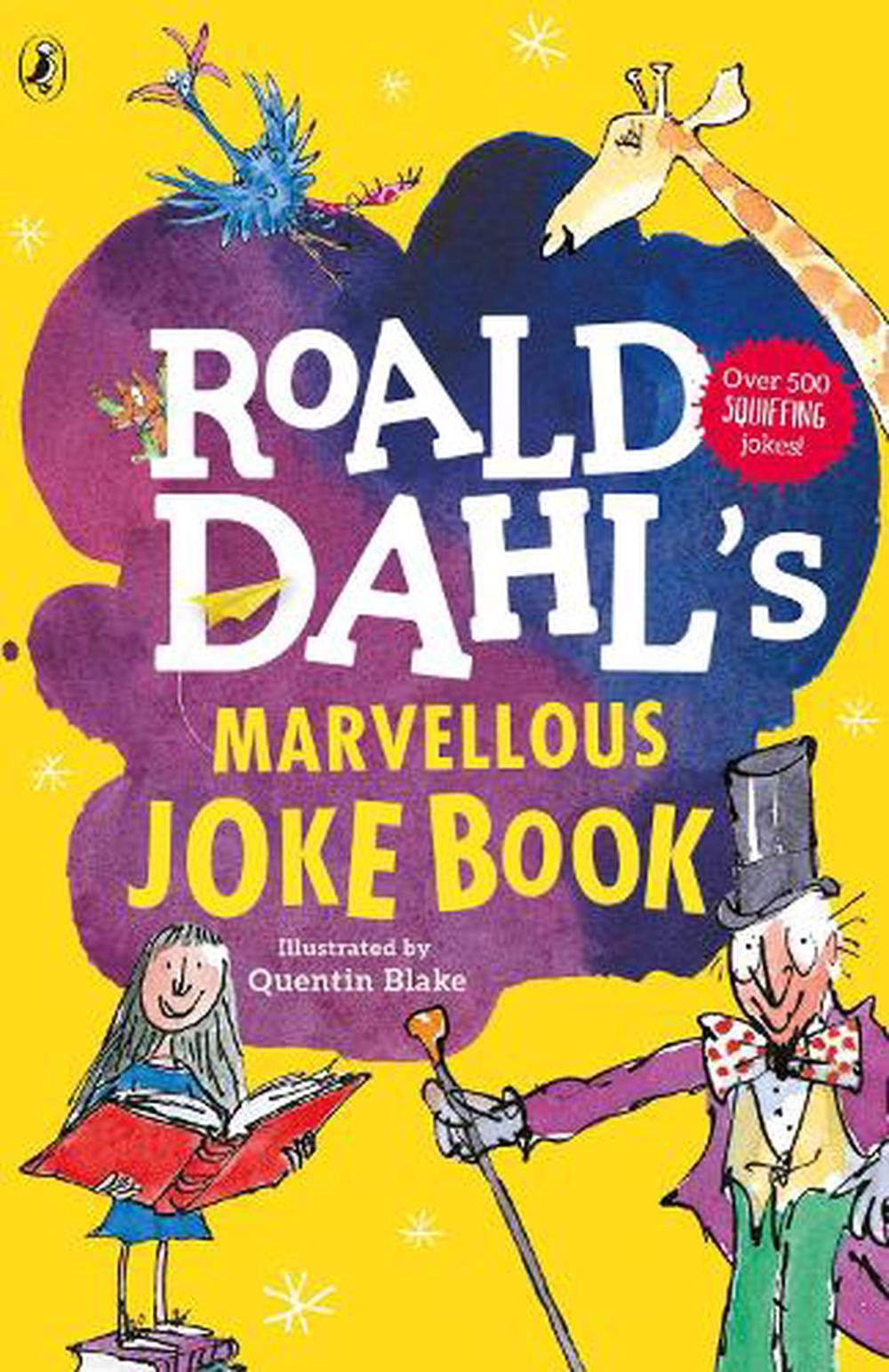 OTHER FORMATS:
PUBLISHED: 6th September 2012
ISBN: 9780141340555
ANNOTATION:
Features jokes, limericks, riddles, Knock knock and Doctor, doctor. This book is suitable for young children, specially themed around characters such as Charlie, George, The BFG, Matilda, James and many others.

Features jokes, limericks, riddles, Knock knock and Doctor, doctor. This book is suitable for young children, specially themed around characters such as Charlie, George, The BFG, Matilda, James and many others.

From chocolate-covered chickens to grizzly grouchy grandmas and the disgusting Twists, this fantabulous book of fantastically funny jokes will keep you and your friends chuckling for hours. And it's all for a very good cause - royalties from the sale of this very special book go towards Roald Dahl's Marvellous Children's Charity, helping to make seriously ill children's lives better. Which famous writer goes well with a hot dog? Roll Dahl! What's green and goes up and down? A Snozzcumber in a lift! What's a rabbit's favourite music? Hip-hop!

When he was at school Roald Dahl received terrible reports for his writing - with one teacher actually writing in his report, 'I have never met a boy who so persistently writes the exact opposite of what he means. He seems incapable of marshalling his thoughts on paper!' After finishing school Roald Dahl, in search of adventure, travelled to East Africa to work for a company called Shell. In Africa he learnt to speak Swahili, drove from diamond mines to gold mines, and survived a bout of malaria where his temperature reached 105.5 degrees (that's very high!). With the outbreak of the Second World War Roald Dahl joined the RAF. But being nearly two metres tall he found himself squashed into his fighter plane, knees around his ears and head jutting forward. Tragically of the 20 men in his squadron, Roald Dahl was one of only three to survive. Roald wrote about these experiences in his books Boy and Going Solo. Later in the war Roald Dahl was sent to America. It was there that he met famous author C.S. Forester (author of the Captain Hornblower series) who asked the young pilot to write down his war experiences for a story he was writing. Forester was amazed by the result, telling Roald 'I'm bowled over. Your piece is marvellous. It is the work of a gifted writer. I didn't touch a word of it.' (an opinion which would have been news to Roald's early teachers!). Fore