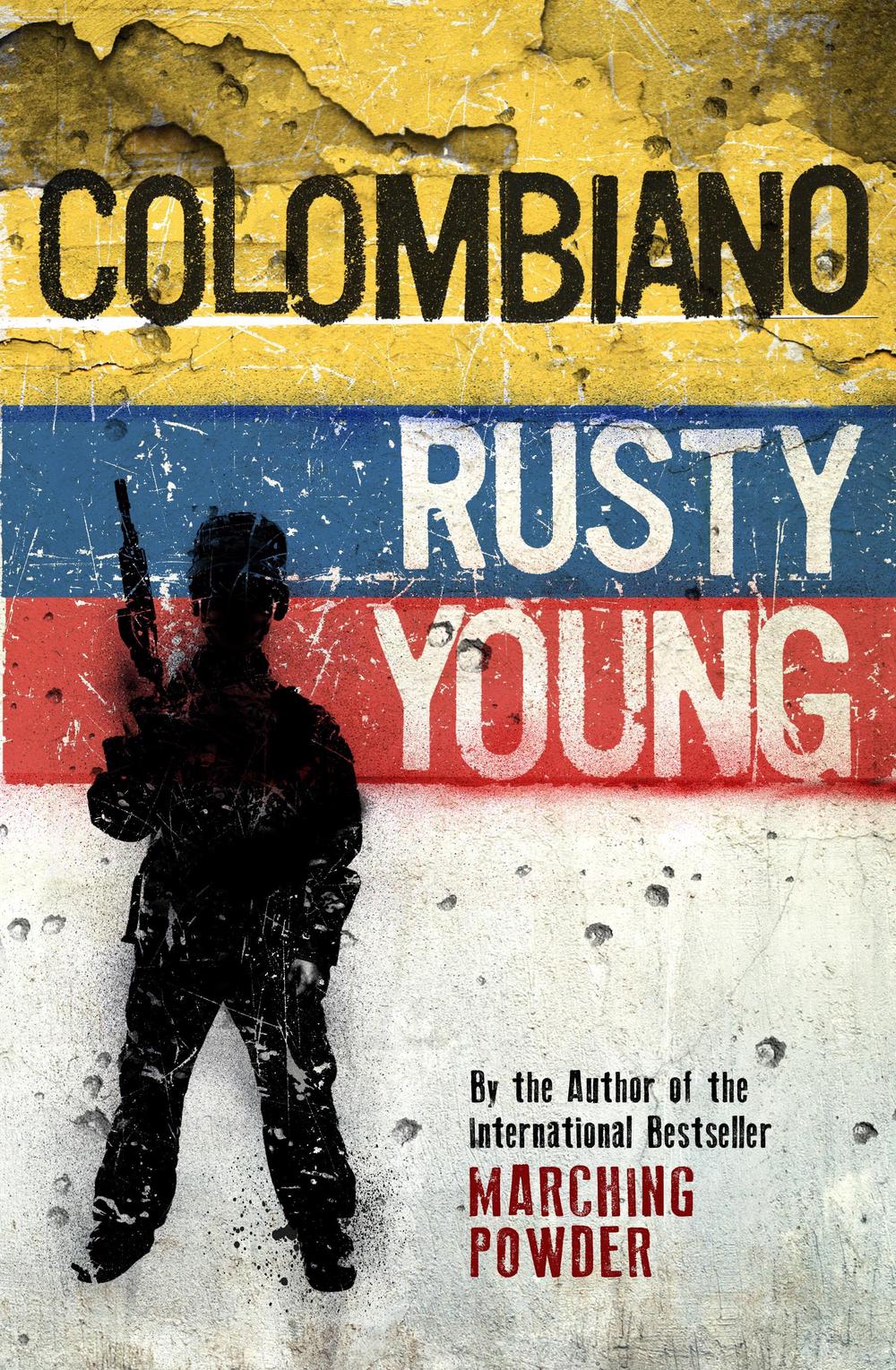 Blending fact and fiction, Colombiano is a powerful and heart-rending story of revenge and war, set in Colombia.

For four years Rusty Young, author of the international bestseller Marching Powder, worked secretly for the US government in Colombia. During this time he was shocked by the stories of child soldiers he encountered. He vowed that one day he would turn their tales into a book and let their voices be heard.

In Colombia you have to pick a side. Or one will be picked for you . . .

All Pedro Gutierrez cares about is fishing, playing pool and his girlfriend Camila's promise to sleep with him on his sixteenth birthday. But his life is ripped apart when Guerrilla soldiers callously execute his father in front of him, and he and his mother are banished from their farm.

Swearing vengeance against the five men responsible, Pedro, with his best friend Palillo, joins an illegal Paramilitary group, where he is trained to fight, kill and crush any sign of weakness.

But as he descends into a world of unspeakable violence, Pedro must decide how far he is willing to go. Can he stop himself before he becomes just as ruthless as those he is hunting? Or will his dark obsession cost him all he loves?

From innocent teenage love to barbaric torture . . . from cruel despots to cocaine traficantes . . . from seedy drug markets to brutal battlefields . . . Colombiano is a blockbuster revenge thriller and an electrifying come-of-age story.

'You won't be able to put this book down' New Idea

Rusty Young is the author of the international bestseller Marching Powder, the true story of an English drug smuggler in Bolivia's notorious San Pedro Prison.

He grew up in Sydney, and studied Finance and Law at the University of New South Wales. However, following the global success of Marching Powder he settled in Bogota, Colombia for seven years.

Since 2011, Rusty's house in Bogota has been the headquarters for a local charity that supports former child soldiers exiting the civil war, teaching them valuable life skills.

Colombiano is his first novel.

A heart-thumping journey into the violent and unpredictable world of post-Escobar Colombia, from the author of the international bestseller MARCHING POWDER.