Autobiography Of A Geisha

PUBLISHED: 5th February 2004
ISBN: 9780099462040
ANNOTATION:
Sayo Masuda's story is an extraordinary portrait of rural life in japan and an illuminating contrast to the fictionalised lives of glamorous geishas. At the age of sis Masuda's poverty-stricken family sent her to work as a nursemaid. 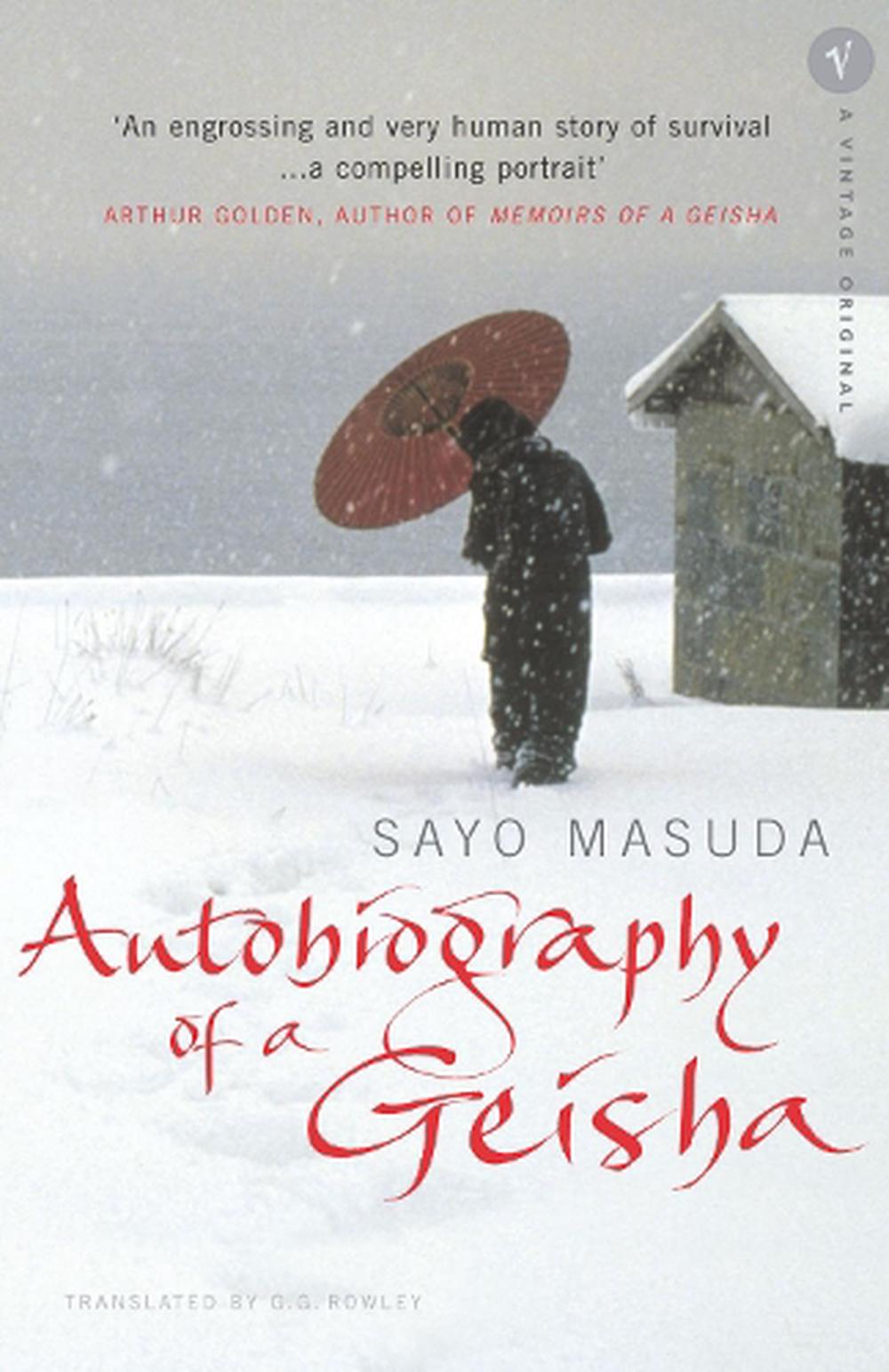 OTHER FORMATS:
PUBLISHED: 5th February 2004
ISBN: 9780099462040
ANNOTATION:
Sayo Masuda's story is an extraordinary portrait of rural life in japan and an illuminating contrast to the fictionalised lives of glamorous geishas. At the age of sis Masuda's poverty-stricken family sent her to work as a nursemaid.

Sayo Masuda's story is an extraordinary portrait of rural life in japan and an illuminating contrast to the fictionalised lives of glamorous geishas.

At the age of sis Masuda's poverty-stricken family sent her to work as a nursemaid.

The glamorous world of Kyoto's geisha is familiar to many readers. This autobiography presents a different view, one that bears little resemblance to the elegant geisha at a hot-springs resort, where the realities of sex for sale were unadorned by the trappings of wealth and power. Masuda was sent to work as a nursemaid at the age of six and was sold to a geisha house at the age of 12. In accordance with tradition, she first worked as a servant while training in the arts of dance, song, shamisen and drum. In 1940, when she was 16, she made her debut as a geisha. Very few geisha have written their memoirs, preferring to fade into obscurity. Although she had never gone to school and could barely write, Masuda undertook to set down her story. Motivated by the desire to tell the truth about life as a geisha, she responded to a national magazine contest - and won. The article later grew into a book. Remarkable for its wit and frankness, the book is a moving record of a woman's survival on the margins of Japanese society - and in the words of the translator is, "the superbly told tale of a woman whom fortune never favoured yet never defeated".

Sayo Masuda died in 2008. The translator G. G. Rowley teaches English and Japanese literature at Waseda University in Tokyo. She is the author of Yosano Akiko and The Tale of Genji.

Masuda's account of being a geisha in rural Japan at a hot springs resort is at once intriguing and heartbreaking. While Arthur Golden's fictional Memoirs of a Geisha continues to be the yardstick against which all other books on the geisha world are measured, Masuda's account is a worthy complement Publishers Weekly An unvarnished firsthand look into the world of a woman who unflinchingly relates the bitter struggle of her geisha existence in pre-World War II Japan. This is a fascinating and heart-rending tale -- Liza Dalby This most recent geisha boom comes with a difference. While Golden's novel skillfully utilises, and feeds into, clich-s of the Madame Butterfly variety, these two new publications can be seen as part of an attempt...to break the gendered orientalist gaze and unravel some enduring stereotypes. Masuda's gripping, heart-rending and humorous account is a gem, especially as it offers a view "from below" of the untold social history of modern Japan Times Literary Review