The Surgeon of Crowthorne

PUBLISHED: 3rd June 1999
ISBN: 9780140271287
ANNOTATION:
A book about the making of the Oxford English Dictionary and the love of words. It tells of the relationship between the dictionary editor and one of its main contributors (they were all volunteers) who corresponded for 17 years before they met - at Broadmoor. 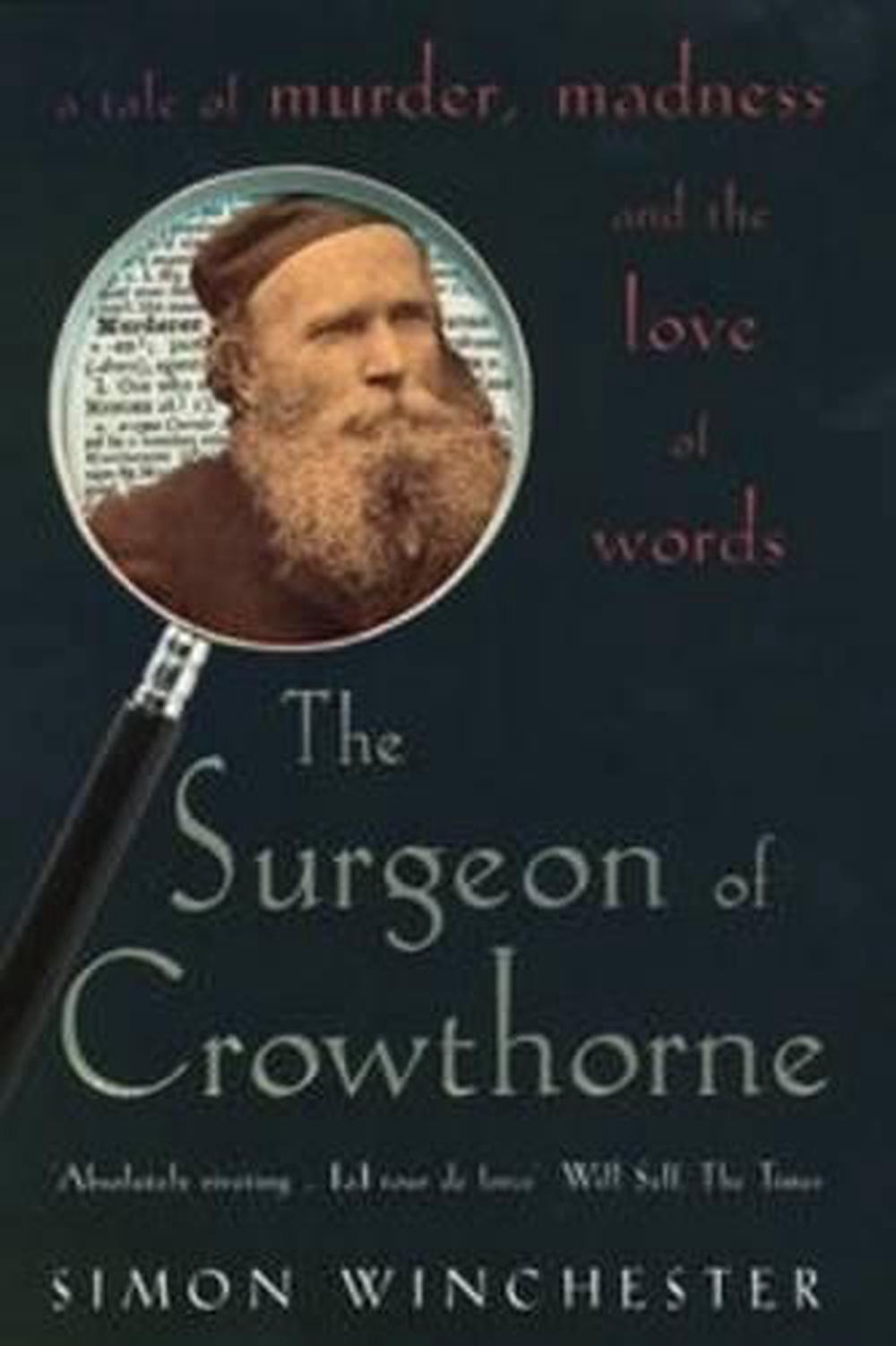 OTHER FORMATS:
PUBLISHED: 3rd June 1999
ISBN: 9780140271287
ANNOTATION:
A book about the making of the Oxford English Dictionary and the love of words. It tells of the relationship between the dictionary editor and one of its main contributors (they were all volunteers) who corresponded for 17 years before they met - at Broadmoor.

A book about the making of the Oxford English Dictionary and the love of words. It tells of the relationship between the dictionary editor and one of its main contributors (they were all volunteers) who corresponded for 17 years before they met - at Broadmoor.

One of the keenest volunteers was a W C Minor who astonished everyone by refusing to come to Oxford to receive his congratulations. In the end, James Murray, the OED's editor, went to Crowthorne in Berkshire to meet him. What he found was incredible - Minor was a millionaire American civil war surgeon turned lunatic, imprisoned in Broadmoor Asylum for murder and yet who dedicated his entire cell-bound life to work on the English language.

Simon Winchester has had an award-winning 20 year career as Guardian correspondent. He lives in New York and is the Asia-Pacific Editor for Conde Nast Traveler and contributes to a number of American magazines, as well as the Daily Telegraph, the Spectator and the BBC. He has written numerous books. THE RIVER AT THE CENTRE OF THE WORLD (Viking 1997/Penguin 1998) has been shortlisted for the 1998 Thomas Cook/Daily Telegraph Travel Book Award.

A gripping tale of violent passions and madness and the precise meaning of words. Two men, miles apart, toil away on a formidable project that was scheduled to take 10 years but in the event demanded 71. Their booklined rooms keep them safe from the roar of the outside world - one a study at Oxford University, the other a cell in Broadmoor Asylum for the Criminally Insane. James Murray, editor of The Oxford English Dictionary, is a willing captive, a respectable academic content in his tower, while Dr W C Minor, one of the OED's most prodigious and painstaking contributors, is held for his own safety as he is constantly pulled back into the maelstrom of his own private madness. They both delight in their task, however, and communicate over many years by footnote, annotation and cross-reference. Winchester is a maddeningly good writer and invests a tale that, in truth, is almost without incident with genuine pace and tension. (Kirkus UK)