ISBN: 9781783295326
ANNOTATION:
Stephen King's #1 Bestseller As You've Never Seen It Before Featuring more than 20 illustrations by acclaimed artists Pat Kinsella, Robert McGinnis, and Mark Summers, this brand new edition of JOYLAND brings the carny world to life in all its bright and sinister glory. 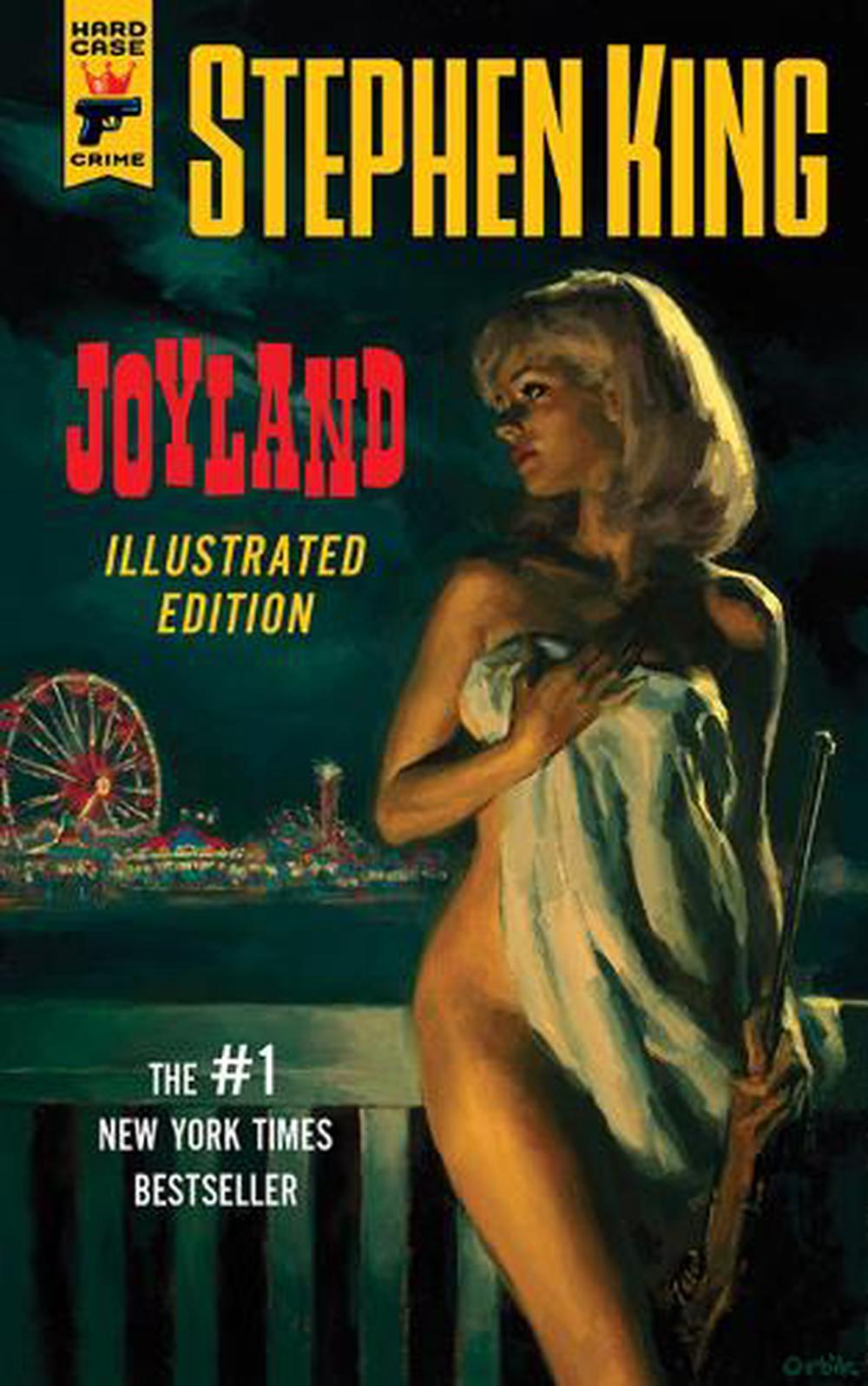 OTHER FORMATS:
ISBN: 9781783295326
ANNOTATION:
Stephen King's #1 Bestseller As You've Never Seen It Before Featuring more than 20 illustrations by acclaimed artists Pat Kinsella, Robert McGinnis, and Mark Summers, this brand new edition of JOYLAND brings the carny world to life in all its bright and sinister glory.

Stephen King's #1 Bestseller As You've Never Seen It Before Featuring more than 20 illustrations by acclaimed artists Pat Kinsella, Robert McGinnis, and Mark Summers, this brand new edition of JOYLAND brings the carny world to life in all its bright and sinister glory.

Set in a small-town North Carolina amusement park in 1973, Joyland tells the story of the summer in which college student Devin Jones comes to work in a fairground and confronts the legacy of a vicious murder, the fate of a dying child, and the ways both will change his life forever. An all-new illustrated edition featuring artwork by Robert McGinnis, Glen Orbik, Mark Summers and Pat Kinsella

Stephen King has written dozens of bestselling books including The Shining, The Stand, and The Green Mile. Film adaptations of his work include "Misery" and "Stand By Me". In 2003, King received the National Book Foundation Medal for Distinguished Contribution to American Letters, and in 2007 he was named a Grand Master by the Mystery Writers of America.

"I love crime, I love mysteries, and I love ghosts. That combo made Hard Case Crime the perfect venue for this book, which is one of my favorites. I also loved the paperbacks I grew up with as a kid, and for that reason, we're going to hold off on e-publishing this one for the time being. Joyland will be coming out in paperback, and folks who want to read it will have to buy the actual book." - Stephen King

Stephen King has written more than forty books and two hundred short stories. He has won the World Fantasy Award, several Bram Stoker awards, and the O. Henry Award for his story "The Man in the Black Suit."

"It's one of King's better recent works and now done up all fancy-like!" - Aint it Cool