The Better Angels of Our Nature

PUBLISHED: 4th October 2012
ISBN: 9780141034645
ANNOTATION:
Can violence really have declined? The images of conflict we see daily on our screens from around the world suggest this is an almost obscene claim to be making. In this title, the author shows violence within and between societies - both murder and warfare. 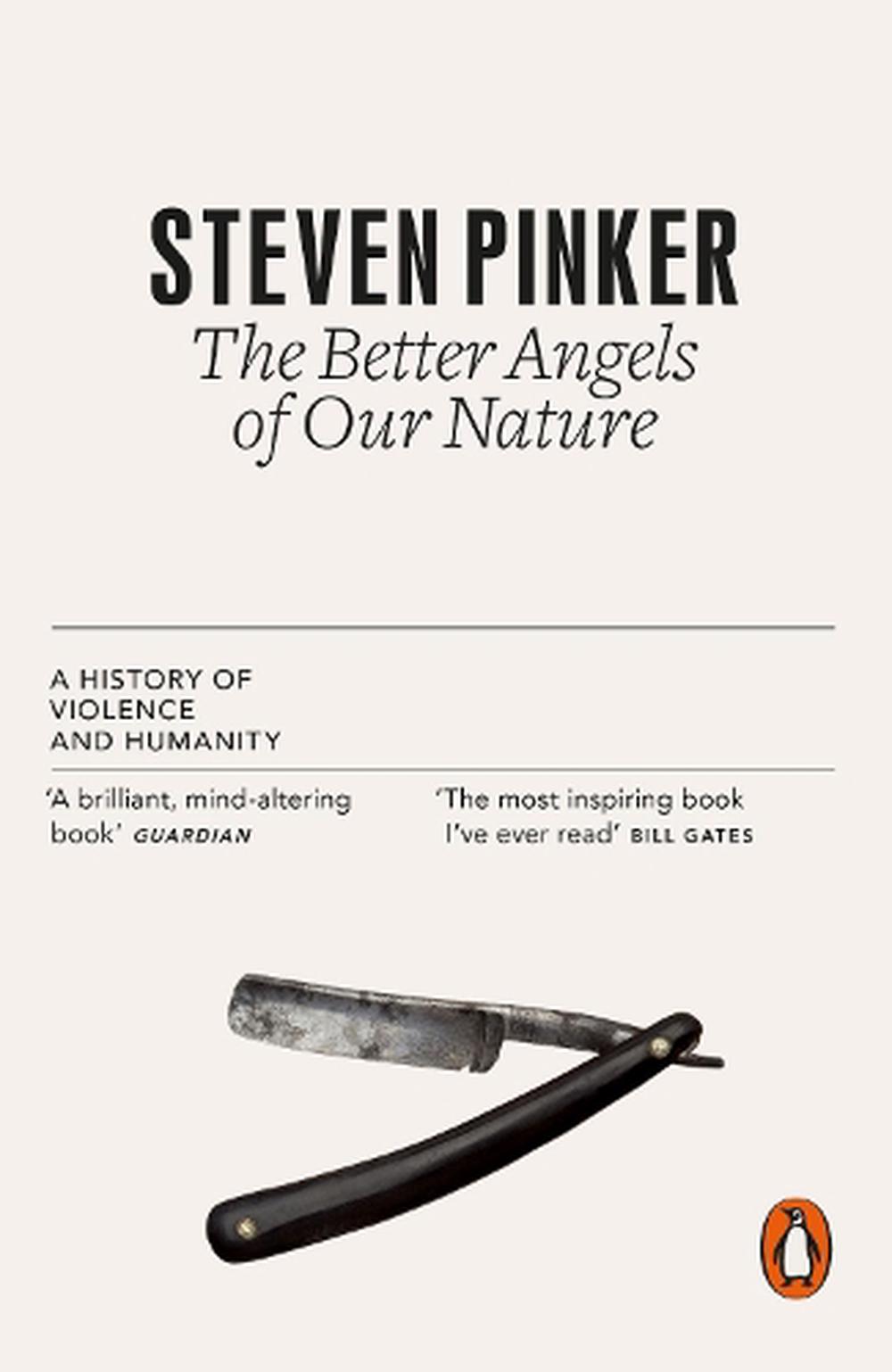 OTHER FORMATS:
PUBLISHED: 4th October 2012
ISBN: 9780141034645
ANNOTATION:
Can violence really have declined? The images of conflict we see daily on our screens from around the world suggest this is an almost obscene claim to be making. In this title, the author shows violence within and between societies - both murder and warfare.

Can violence really have declined? The images of conflict we see daily on our screens from around the world suggest this is an almost obscene claim to be making. In this title, the author shows violence within and between societies - both murder and warfare.

'The most inspiring book I've ever read' Bill Gates, 2017 'A brilliant, mind-altering book ...Everyone should read this astonishing book' Guardian 'Will change the way you see the world' Daily Mail Shortlisted for the Samuel Johnson Prize 2012 Wasn't the twentieth century the most violent in history? In his extraordinary, epic book Steven Pinker shows us that this is wrong, telling the story of humanity in a completely new and unfamiliar way. From why cities make us safer to how books bring about peace, Pinker weaves together history, philosophy and science to examine why we are less likely to die at another's hand than ever before, how it happened and what it tells us about our very natures. 'May prove to be one of the great books of our time ...he writes like an angel' Economist 'Masterly, a supremely important book ...For anyone interested in human nature, it is engrossing' The New York Times 'Marvellous ...riveting and myth-destroying' New Statesman 'A marvellous synthesis of science, history and storytelling, written in Pinker's distinctively entertaining and clear personal style ...I was astonished by the extent to which violence has declined in every shape, form and scale' Financial Times 'An outstandingly fruitful read, with fascinating nuggets on almost every page' Sunday Times, Books of the Year

One of "Time" magazine's "100 Most Influential People in

One of the most important books I've read - not just this year, but ever ... For me, what's most important about The Better Angels of Our Nature are its insights into how to help achieve positive outcomes. How can we encourage a less violent, more just society, particularly for the poor? Steven Pinker shows us ways we can make those positive trajectories a little more likely. That's a contribution, not just to historical scholarship, but to the world -- Bill Gates Brilliant, mind-altering...Everyone should read this astonishing book -- David Runciman Guardian A supremely important book. To have command of so much research, spread across so many different fields, is a masterly achievement. Pinker convincingly demonstrates that there has been a dramatic decline in violence, and he is persuasive about the causes of that decline -- Peter Singer New York Times [A] sweeping new review of the history of human violence...[Pinker has] the kind of academic superbrain that can translate otherwise impenetrable statistics into a meaningful narrative of human behaviour...impeccable scholarship -- Tony Allen-Mills Sunday Times Written in Pinker's distinctively entertaining and clear personal style...a marvellous synthesis of science, history and storytelling -- Clive Cookson Financial Times A salutary reality-check...Better Angels is itself a great liberal landmark -- Marek Kohn Independent Pinker's scholarhsip is astounding...flawless...masterful -- Joanna Bourke The Times Selected by the New York Times as one of the 100 Notable Books of 2011 New York Times