PUBLISHED: 5th January 2012
ISBN: 9780099555445
ANNOTATION:
A transfixing parable of greed, goodness and an extraordinary miracle from the author of The Woman in Black. Tommy Carr was a kind man; 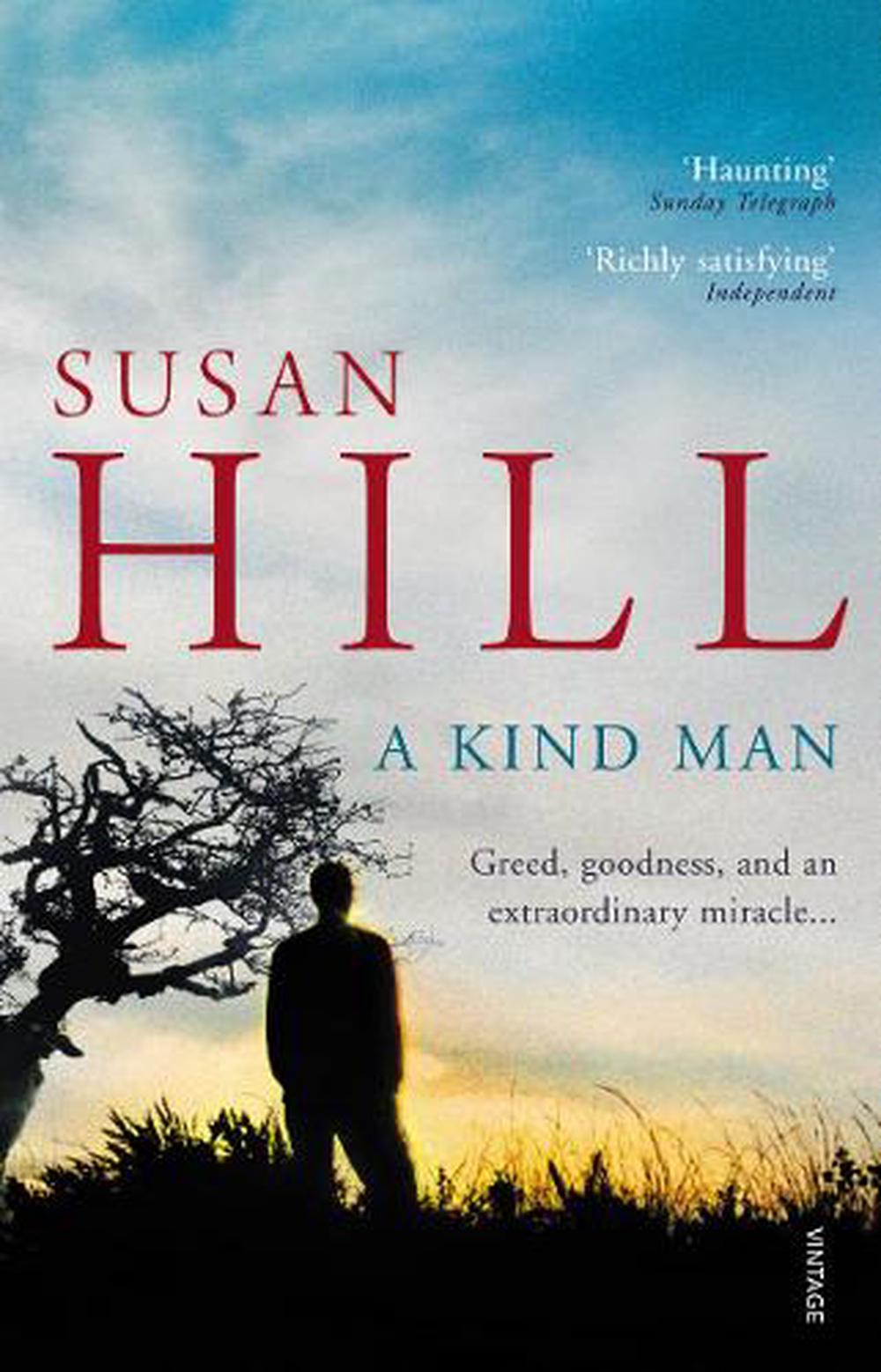 OTHER FORMATS:
PUBLISHED: 5th January 2012
ISBN: 9780099555445
ANNOTATION:
A transfixing parable of greed, goodness and an extraordinary miracle from the author of The Woman in Black. Tommy Carr was a kind man;

A transfixing parable of greed, goodness and an extraordinary miracle from the author of The Woman in Black.

Tommy Carr was a kind man;

A transfixing parable of greed, goodness and an extraordinary miracle from the author of The Woman in Black.

Tommy Carr was a kind man; Eve had been able to tell that after half an hour of knowing him. There had never been a day when he had not shown her some small kindness and even after the tragic death of their young daughter, their relationship remained as strong as before. Grief takes its toll however, and it's not surprising that by the following Christmas, Tommy is a shadow of his former self, with the look of death upon him.

But what happens next is entirely unexpected, not least for the kind man...

Susan Hill's novels and short stories have won the Whitbread, Somerset Maugham and John Llewellyn Rhys awards, and the Yorkshire Post Book of the Year, and been shortlisted for the Man Booker Prize. She is the author of 56 books. The play adapted from her famous ghost story, The Woman in Black, has been running in the West End since 1989; it is also a major feature film. Her crime novels featuring DCS Simon Serrailler are currently being adapted for TV. Susan Hill was born in Scarborough and educated at King's College London. She is married to the Shakespeare scholar Stanley Wells, and they have two daughters. Susan Hill was appointed a CBE in the Queen's Diamond Jubilee Honours. www.susan-hill.com

"Of all the contemporary novelists who are compared to Dickens, Susan Hill probably has the best claim...Hill has produced another perfectly controlled work of fiction... What is striking about the best of Hill's fiction...is her almost Bachian ability to plumb the depths of emotion and bring the reader back out again" -- Amanda Craig Prospect "Hill impresses without seeking to astonish, and so is one of those rare writers whose work is brilliant in the single, secondary sense- not glittering, but distinguished- her prose as pleasing and surprising, say, as a perfectly round stone, or home-cooked haute cuisine" -- Ian Sansom Guardian "Hill's writing here is superb, conveying emotion and pain in the sparest of prose...a comforting keenly moving tale of endurance and the eternal springs of friendship and love" -- Philip Womack Literary Review "It has a power beyond its pages; a haunting resonance between each stark sentence that stayed with me long after I'd turned the final page.The delicate balance between kindness and bitterness, hope and despair, a dying man and a dying town, are almost unbearably poignant. This is a short book that will live long in the memory" -- Rebecca Armstrong Independent on Sunday "Concisely captures primal emotions and offers astonishing transformations... Movingly perceptive" -- David Grylls Sunday Times