PUBLISHED: 25th February 2019
ISBN: 9781580897730
ANNOTATION:
"From Neil Armstrong's first small step to Gene Cernan's last footprint, award-winning author Suzanne Slade captures the experiences of the twelve astronauts who walked on the moon. The book reveals how the Apollo moon missions (1969-1972) built upon one another and unveiled important new discoveries about our nearest neighbor in space."-- 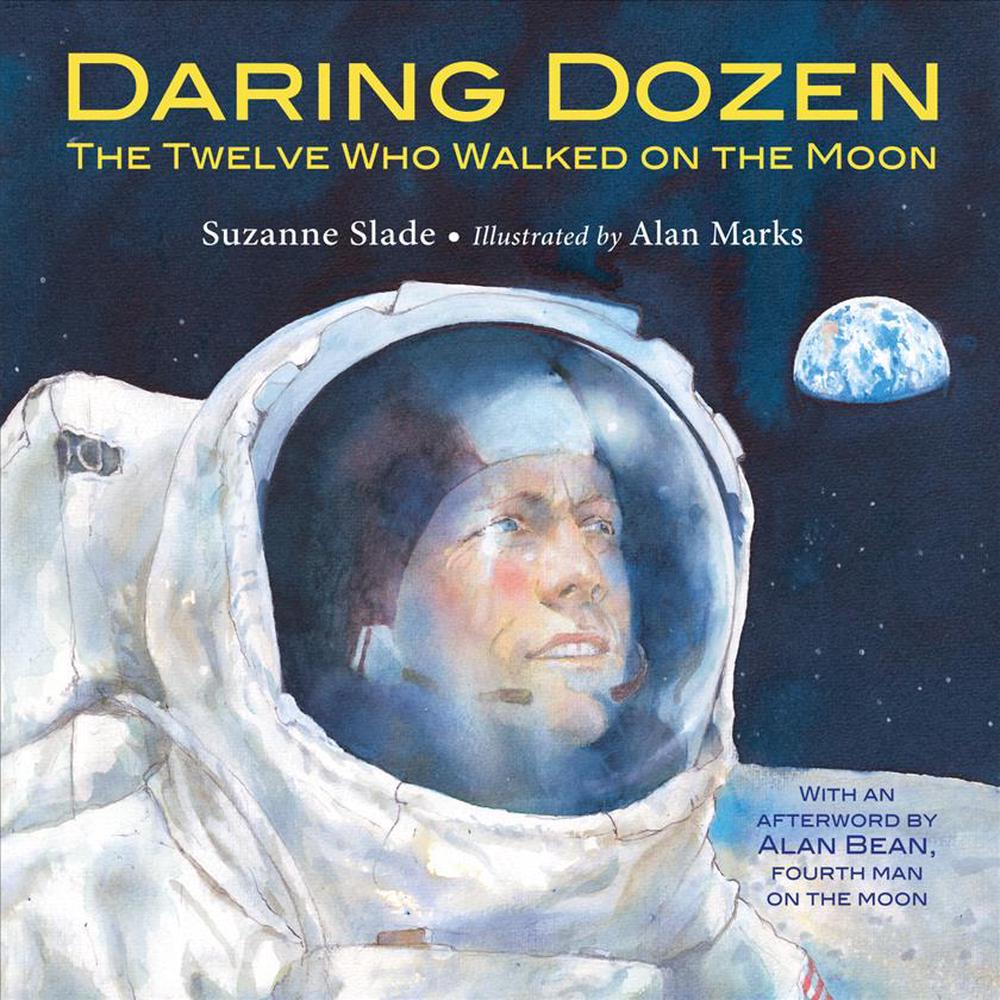 OTHER FORMATS:
PUBLISHED: 25th February 2019
ISBN: 9781580897730
ANNOTATION:
"From Neil Armstrong's first small step to Gene Cernan's last footprint, award-winning author Suzanne Slade captures the experiences of the twelve astronauts who walked on the moon. The book reveals how the Apollo moon missions (1969-1972) built upon one another and unveiled important new discoveries about our nearest neighbor in space."--

"From Neil Armstrong's first small step to Gene Cernan's last footprint, award-winning author Suzanne Slade captures the experiences of the twelve astronauts who walked on the moon. The book reveals how the Apollo moon missions (1969-1972) built upon one another and unveiled important new discoveries about our nearest neighbor in space."--

On July 20, 1969, Neil Armstrong took one small step and made history. Over the course of the next three-and-a-half years, twelve lunar explorers, including Alan Shepard and Gene Cernan, touched down on the moon's surface. Author and engineer Suzanne Slade reveals how the Apollo missions (1969-1972) built upon one another and led to important discoveries about our nearest neighbor in space. Back matter includes an afterword by Alan Bean (1932-2018), the fourth person to walk on the moon.

Suzanne Slade is a mechanical engineer who worked on Delta IV rockets for NASA. She has written more than one hundred children's books, including Dangerous Jane; Out of School and Into Nature- The Anna Comstock Story; The Inventor's Secret- What Thomas Edison Told Henry Ford; Friends for Freedom- The Story of Susan B. Anthony & Frederick Douglass; and The House That George Built. Suzanne lives near Chicago.

It's easy to forget the days of men on the moon were few and over swiftly. This look at the "daring dozen" tells their stories in brief, but with the fascination factor on full display. Beginning with the first moon landing in 1969, Slade introduces the Apollo astronauts, who fulfilled their tasks, be it finding a special kind of rock or exploring the moon's topography. Nor are the vehicles involved in the moon landings ignored: they are tucked in the text and on full display in the backmatter, where there's information and photos on both the spacecraft that brought the astronauts to the moon and back and the lunar rovers and modules that so ably assisted in the astronauts' tasks. While the backmatter is highlighted by photographs, the text's paintings are sweeping, capturing some of the wonder the 12 experienced as they found themselves in an environment untested by any but themselves. The pages depict the way several astronauts personalized their journeys, with a flag, golf club, or photo of their family, adding another layer to both the astronauts' and readers' experiences. An outstanding choice for children who are just beginning to know about moon landings and appended with enough information about each flight so that young students may use it too. --Booklist, starred review Fifty years after the first moon landing, a solemn commemoration of the Apollo 11 to 17 missions. Taking poetic license--she includes nods to the astronauts who remained in lunar orbit and also those aboard the nearly disastrous Apollo 13, so naming 21 in all--Slade briefly describes in present tense each mission's discoveries and highlights, then goes on in a separate section to offer expanded fact summaries about each, along with describing the Apollo rockets and vehicles. Marks' impressionistic views of our remote satellite ("A quiet place where / no wind blows, / no water flows, / no life grows") seen from Earth and of heavily burdened astronauts bounding across grayish-brown moonscapes beneath deep, black skies give way in the second section to small photos, including group portraits of each (all-white and -male) crew. Though aimed at a younger audience than her Countdown: 2979 Days to the Moon, illustrated by Thomas Gonzalez (2018), this history takes up where that one leaves off and so works equally well as a stand-alone tribute to the Apollo program's achievements or as a lagniappe. An inspiring reminder that there are footprints on the moon, addressed to readers who may one day leave some of their own. --Kirkus Reviews

Concise text and stunning watercolor illustrations present information about the Apollo missions that carried twelve American men to the surface of the moon. From Apollo 11 in 1969 to the Apollo 17 mission ending in 1972, each journey is briefly described focusing on its particular astronauts and goals. The artwork effectively reflects the history of space travel laid out in the text, but also adds grace and wonder to the stories of these men who had a a rare and significant experience. Thirteen pages of back matter include a note from Alan Bean, the fourth man to walk on the moon, plus a timeline and detailed information about each of the space vehicles. Every mission has its own extra page of additional information with personnel, photos, specific dates, total time on the moon, and surface EVA time (extravehicular activity). VERDICT: The information about U.S. space travel, coupled with vivid illustrations, will appeal to readers interested in astronauts and the moon. The ample facts and data following the illustrated story make the book effective for a wide range of ages. --School Library Journal

In gentle vignettes, Slade describes each Apollo moon mission in order. "Year after year the moon circles Earth./ All alone," until one day, the Apollo 11 spacecraft appears and "finally it touches the ground." For each mission, Mark's watercolor art captures the majesty of space, with dramatic depictions of the spacecraft being maneuvered and astronauts walking the moon's surface. The Apollo 13 astronauts peer anxiously through the window of their injured ship; the Apollo 17 astronauts collet soil; and on the Apollo 14 mission, Alan Shepard plays a round of golf on the moon's surface. A final illustration shows two children gazing at the "steadfast moon" through a telescope. Substantial back matter, with a timeline and an afterword from astronaut Alan Bean, concludes this reflective and informative portrait of the U.S. moon missions. --Publishers Weekly, included in the 'To the Moon' roundup celebrating the 50th anniversary of the Apollo 11 moon landing