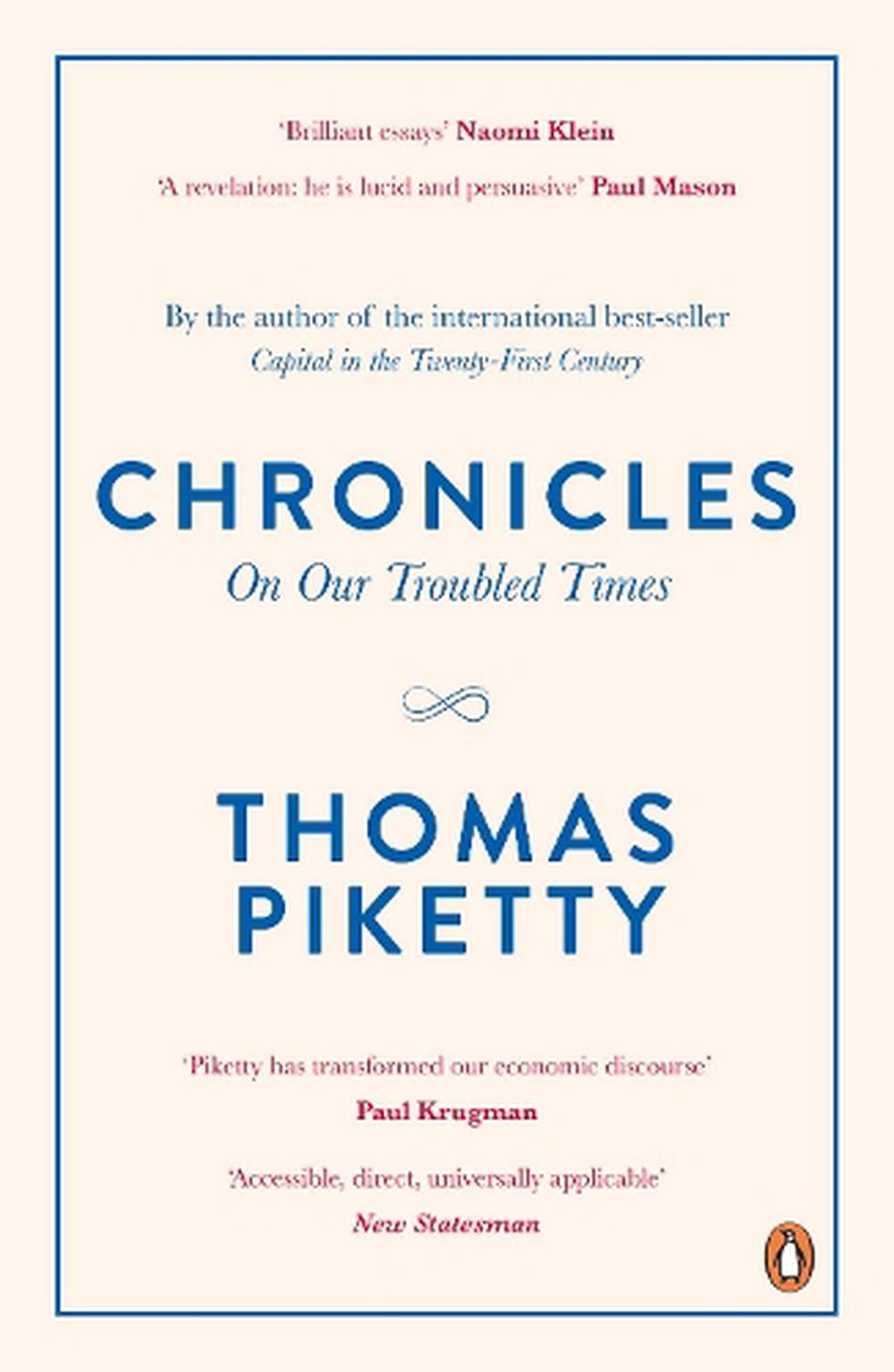 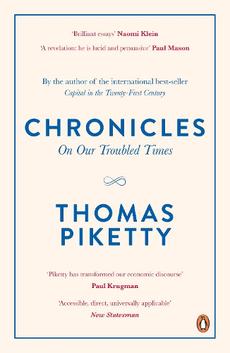 With the same powerful evidence, and range of reference, as his global bestseller Capital in the Twenty-First Century - and in columns of 700 words, rather than 700 pages - Chronicles sets out Thomas Piketty's analysis of the financial crisis, what has happened since and where we should go from here.

Tackling a wider range of subjects than in Capital, from Barack Obama to the migration crisis, it comprises the very best of his writing for Liberation from 2008 until the present day. Now, translated into English for the first time, it further cements Piketty's reputation as the world's leading thinker today.

'Piketty unleashed on real-time economics is a revelation' Paul Mason, Guardian Despatches from the author of the international bestseller of Capital in the Twenty-First Century Can we do anything about inequality? What has happened to the European nation-state? And how can we get the economy moving? In columns of 700 words, Chronicles answers these questions and more, setting out Piketty's thinking through his analysis of the financial crisis, what has happened since and where we should go from here. Tackling a range of subjects, from Barack Obama to the migration crisis, it comprises the very best of his writing from the past 10 years. Translated into English, it brings much needed clarity to our common future, and further cements Piketty's reputation as one of the world's leading thinkers. 'Perfectly matched to its moment . . . Piketty has emerged as a rock star of the policy-intellectual world' Larry Summers, Democracy 'Piketty has transformed our economic discourse. We'll never talk about wealth and inequality the same way' Paul Krugman, New York Review of Books

Thomas Piketty is Professor of Economics at the Paris School of Economics and Centennial Professor at the LSE. His book Capital in the Twenty-First Century, which argued that when the rate of return on capital exceeds the rate of economic growth, the resulting unequal distribution of wealth causes instability, has global sales so far of more than 2m copies.

Chronicles is essential reading on why it is important for regulation to stay ahead of markets, as exemplified by the 2008 crisis that still has wounds festering across the world economy -- Gaurav Choudhury Hindustan Times Most enjoyable... Genuinely informative and filled with new ideas The Hindu This small collection shows Piketty's mastery of a much wider repertoire of political and economic topics...Whether you agree with his views or not, you can't deny his ability to argue and persuade and dazzle his readers. It's a must-read Sydney Morning Herald Piketty's treatment of inequality is perfectly matched to its moment ... [He] has emerged as a rock star of the policy-intellectual world ... His work richly deserves all the attention it is receiving -- Lawrence H. Summers Democracy The author, an inequality expert, is distinguished. The work is acclaimed. The book's empirical detail is already the stuff of legend -- Karl Smith (on 'Capital in the Twenty-First Century') Financial Times blog Alphaville The most important work of political economy to be published in decades -- Nick Pearce (on 'Capital in the Twenty-First Century') New Statesman Piketty, the French Paul Krugman, has an extraordinary knack for translating the complexities of central bank finance, tax policy, regulation, and macroeconomics into lucid, down-to-earth language enriched by shrewd historical and cultural insights. This is a compelling challenge to economic orthodoxy Publishers Weekly Easy to follow for readers without much knowledge of economics, especially when [Piketty] picks apart topics that defy classical economic logic; in this he resembles Paul Krugman, who similarly writes clearly on complex topics ... Helps make sense of recent financial history Kirkus Reviews How one economist tried to make sense of a rapidly changing world .... accessible, direct, universally applicable New Statesman Piketty is back ... as with Capital, Piketty remains quietly optimistic' -- Andrew Neather Evening Standard Thomas Piketty depresses as much as inspires ... Beyond the pleasure of hearing his thoughts, there is a fascination in watching his instant response to events -- Nick Cohen Observer The perfect accoutrement for a Bernie Sanders rally. It's easier to carry through a crowd than the economist's 685-page best-seller of two years ago, Capital in the Twenty-First Century Bloomberg Piketty has transformed our economic discourse. We'll never talk about wealth and inequality the same way we used to -- Paul Krugman New York Review of Books Well-written and accessible. He ranges widely, to Brazil, Hong Kong, South Africa and Japan. His take, as you would expect, is solidly left-wing but he does not bludgeon. Is this a collection worth buying? For those who did not get enough of him in Capital... yes -- David Smith Sunday Times Coming on the heels of his masterwork, Capital in the 21st Century, one might expect this to be the lesser contribution. In fact, Piketty unleashed on real-time economics is a revelation: he is lucid and persuasive - all the more so for being proved right about most of the events he is responding to, even though the full facts only came out later ... For an economist, Piketty draws on a vast and unusual store of honesty and emotional intelligence -- Paul Mason Guardian The questions explored in these brilliant essays cut to the heart of our failing economic and democratic systems. If you have been influenced by Piketty's landmark work on inequality, make sure to read this next. -- Naomi Klein, author of 'This Changes Everything' and 'The Shock Doctrine' Amazing, inspiring, forward-thinking, and pragmatic. There is a pattern forming -- Marx, Keynes, Piketty. As our world changes the surest explanations and most practical solutions change in turn -- Professor Danny Dorling, University of Oxford Piketty fans will be fascinated . . . He explains economic concepts to the lay reader with the kind of clarity that comes from a deep understanding of the topic -- Ben Chu Independent on Sunday

Piketty fans will be fascinated . . . He explains economic concepts to the lay reader with the kind of clarity that comes from a deep understanding of the topic

The best-selling, award-winning author of Capital takes on the financial crisis.