PUBLISHED: 16th February 1995
ISBN: 9780099532514
ANNOTATION:
Slow Learner is a compilation of early stories written between 1959 and 1964, before Pynchon achieved recognition as a prominent writer for his 1963 novel, V and containing a revelatory essay on his early influences and writing. 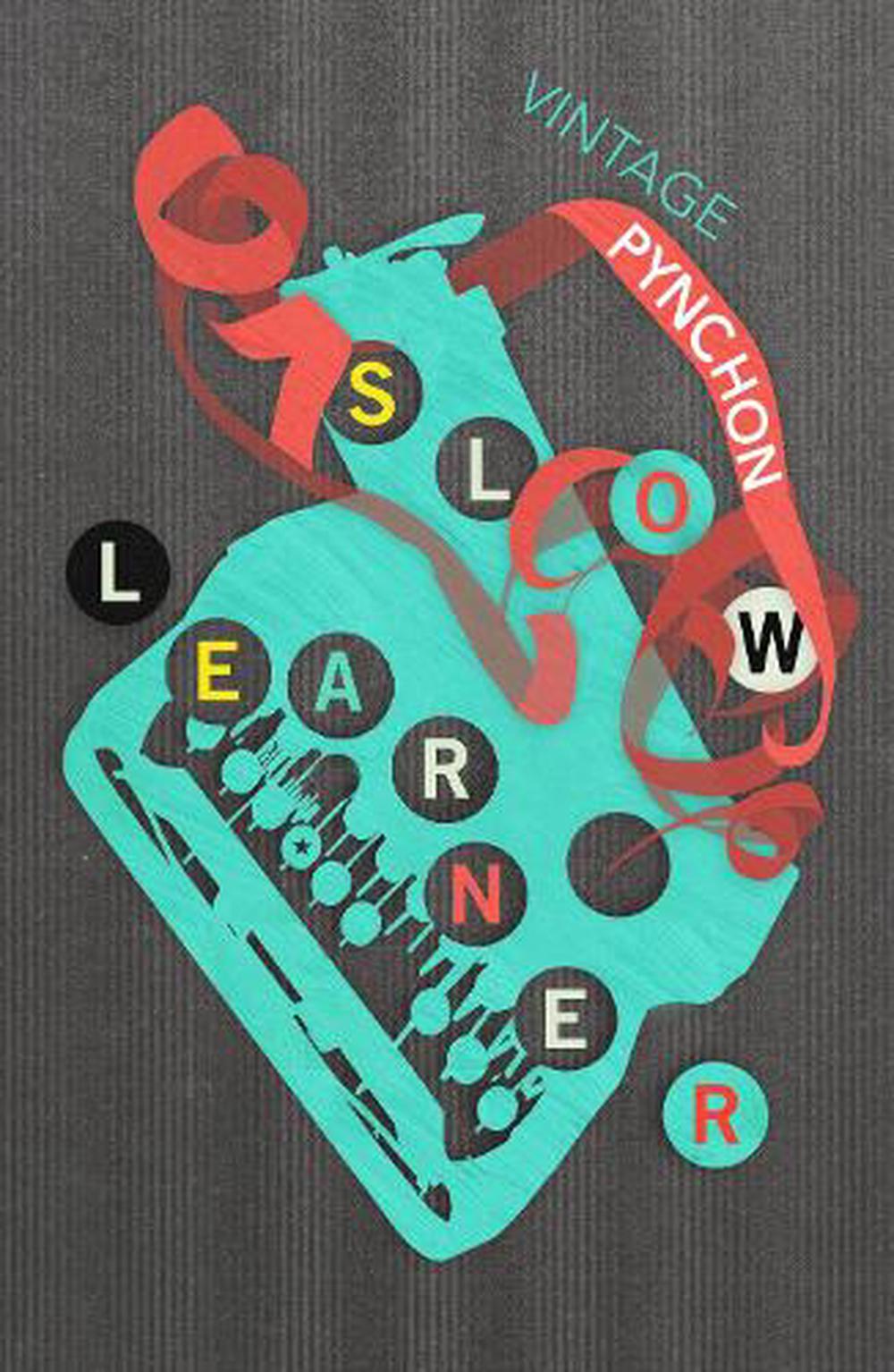 Slow Learner is a compilation of early stories written between 1959 and 1964, before Pynchon achieved recognition as a prominent writer for his 1963 novel, V and containing a revelatory essay on his early influences and writing.

Slow Learner is a compilation of early stories written between 1959 and 1964, before Pynchon achieved recognition as a prominent writer for his 1963 novel, V and containing a revelatory essay on his early influences and writing.

The collection consists of five short stories- 'The Small Rain', 'Lowlands', 'Entropy', 'Under the Rose', and 'The Secret Integration', as well as an introduction written by Pynchon himself for the 1984 publication. The five stories were originally published individually in various literary magazines but in 1984, after Pynchon had achieved greater recognition, Slow Learner was published to collect and copyright the stories into one volume. The introduction also offers a rare insight into Pynchon's own views on his work and influences.

Thomas Pynchon is the author of V., The Crying of Lot 49, Gravity's Rainbow, Vineland, Mason and Dixon, Against the Day and Inherent Vice. He received the National Book Award for Gravity's Rainbow in 1974.

"Possibly the most accomplished writer of prose in English since James Joyce" London Review of Books "Anything from the most monstrous talent in the post-war West should be pursued in earnest. I've eaten two copies already" Time Out "In Slow Learner he breaks cover for the first time with a remarkable open handed portrait of the writer as a young man. Here is the sustained pleasure of watching a clever and talented young man struggling to find a style of his own. From such a reticent man it is a weirdly generous book" Sunday Times

Five stories, dating from 1959 through 1964, four of them written while Pynchon (Gravity's Rainbow) was still in college - plus an introduction that's fetchingly modest about this gathering of juvenilia. (". . . My best hope is that, pretentious, goofy and ill-considered as they get now and then, these stories will still be of use to somebody, someplace, with all their flaws intact, as illustrative of typical problems in entry-level fiction, and cautionary about some practices which younger writers might prefer to avoid.") "The Small Rain" - about an Army detail cleaning up after a deadly Louisiana hurricane - introduces a highly hip, literary, and ironic main character who, in different guises, will show up in all the other stories as well. "LowLands" introduces Pynchon's yet-to-be-developed interest in the poetries of physics, as does "Entropy." "Under the Rose" - Egypt, 1890s, colonial and baroque - is abrim with rather pointless erudition (siphoned, Pynchon confesses in the introduction, from an old Baedeker guide). And "A Secret Integration" offers some whiz-kids involved in cultural subversion in the cause of liberal values; while there's one credible, three-dimensional character here (an alcoholic jazz musician), this piece also bites off a bit more than it can chew. Both stories, though, do point the way to the novelist Pynchon was to become - with foreshadowings of his problematic encyclopedic qualities. And, throughout, there's the nascent sense of Pynchonesque display: alert intelligence, quite in-the-know and savvy, easy for a reader to admire - but not quite participate in or feel with. Intriguing material for Pynchon fans and critics. (Kirkus Reviews)