The Crying of Lot 49

PUBLISHED: 3rd January 1998
ISBN: 9780099532613
ANNOTATION:
Oedipa Maas, recent heiress, enquires into the nature of her inheritance- trying to understand her own life and the motivation of her dead lover, she is led on am ambiguous trail of clues. The moment of revelation hovers on the horizon like a mirage. Pynchon's shortest novel, and one of his best. 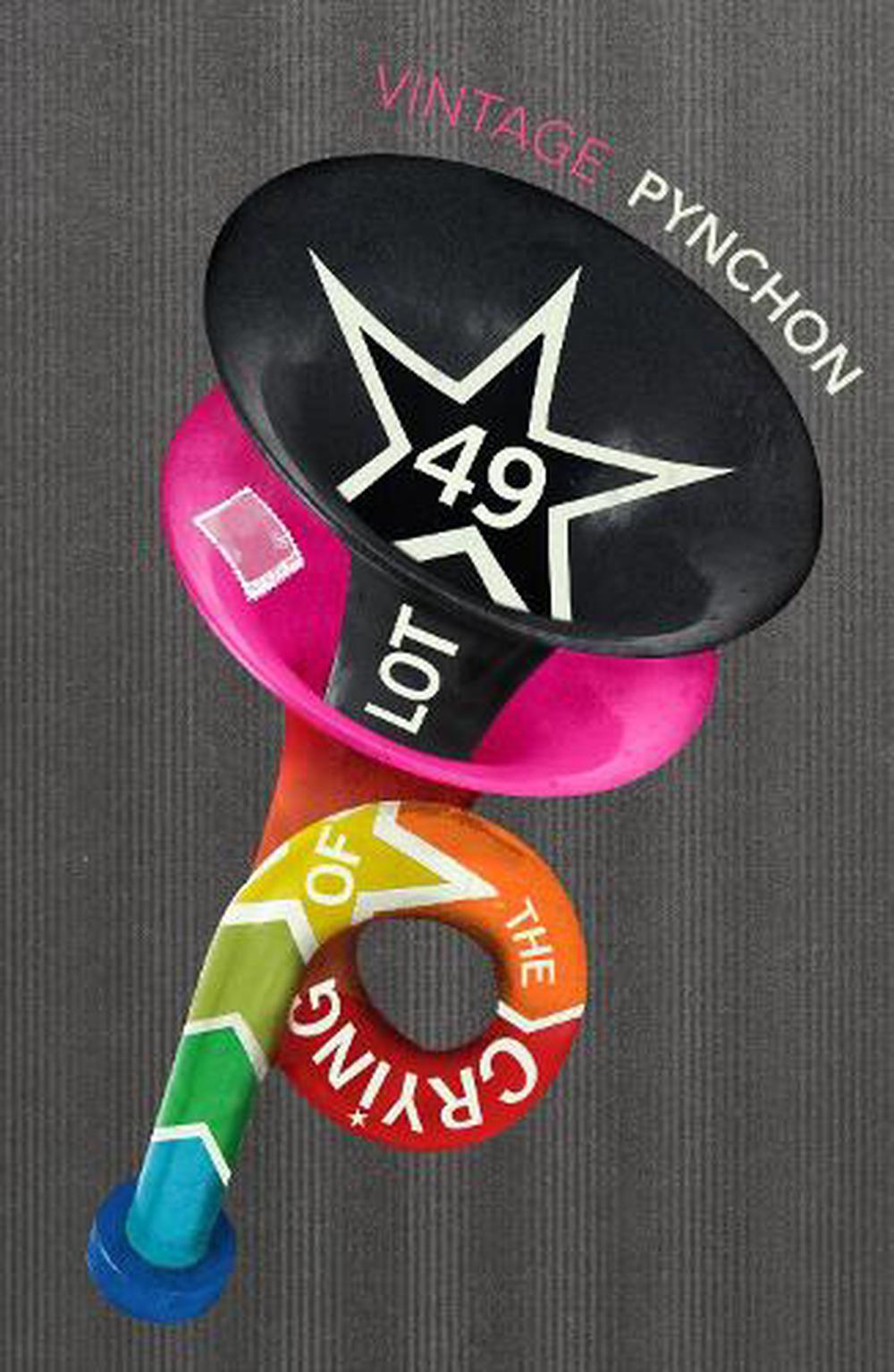 OTHER FORMATS:
PUBLISHED: 3rd January 1998
ISBN: 9780099532613
ANNOTATION:
Oedipa Maas, recent heiress, enquires into the nature of her inheritance- trying to understand her own life and the motivation of her dead lover, she is led on am ambiguous trail of clues. The moment of revelation hovers on the horizon like a mirage. Pynchon's shortest novel, and one of his best.

Oedipa Maas, recent heiress, enquires into the nature of her inheritance- trying to understand her own life and the motivation of her dead lover, she is led on am ambiguous trail of clues. The moment of revelation hovers on the horizon like a mirage. Pynchon's shortest novel, and one of his best.

Suffused with rich satire, chaotic brilliance, verbal turbulence and wild humour, The Crying of Lot 49 opens as Oedipa Maas discovers that she haas been made executrix of a former lover's estate. The performance of her duties sets her on a strange trail of detection, in which bizarre characters crowd in to help or confuse her. But gradually, death, drugs, madness and marriage combine to leave Oepida in isolation on the threshold of revelation, awaiting The Crying of Lot 49.

One of Pynchon's shortest novels and one of his best.

Thomas Pynchon is the author of V., The Crying of Lot 49, Gravity's Rainbow, Slow Learner, a collection of short stories, Vineland, Mason and Dixon and, most recently, Against the Day. He received the National Book Award for Gravity's Rainbow in 1974.

"The best American novel I have read since the war" Frank Kermode "For the reader who has yet to make acquaintance with this important comic talent... an appropriate introduction...defiantly, purposefully outrageous" Spectator

A witty, chaotic and brilliant novel from the incomparable Thomas Pynchon

This surreal take on southern Californian subculture follows the fortunes of heiress Oedipa Maas. Her quest to find the truth about her inheritance, and to discover what motivated her deceased lover, sets her on a trail of vague clues which leads her into a web of international conspiracy. With his usual satire and wit, Pynchon depicts a kind of apocalypse which only he could imagine. Following on from V, this is a highly original book packed with sharply drawn characters. A 20th-century classic. (Kirkus UK)

Whether you were with it or not, Pynchon's first novel V. had some prodigally exciting sequences to startle the most phlegmatic imagination. Here, however, his narrative verve has shrivelled into sheer bizarrerie. So much of it is not only unidentifiable but also unintelligible - it's not to be read as much as deciphered. The third chapter opens with "Things then did not delay in turning curious" but it has been prefaced with all kinds of Happenings after Mrs. Oedipa Maas leaves her husband Mucho. He's a disc jockey spooked by his dream of the car lot where he had once worked. She spends a night with a lawyer in a motel, playing Strip Botticelli in front of the tube. And from then on Oedipa's search, in fluid drive up and down the freeways, to the Yoyodyne electronics factory in San Narciso, into a strange society called The Tristero and for the answer to a reappearing symbol - W.A.S.T.E., back to her psychiatrist Dr. Hilarius, and to Mucho who now knows the answer to the "crying" of the lot (it's N.A.D.A.) - oh well, this is all a dizzying exposure to what is presumably a satire of contemporary society and its fluor-essence, Southern California... Pynchon's accessories include names (Driblette; Koteks; Genghis Cohen); props (feeding "eggplant sandwiches to not too bright seagulls"); insets (a long Jacobean play) and in jokes... HELP! Even the Beatles can't and they suggest the singing group called the Paranoids. Somehow it seems as if a genuine talent had reduced itself to automated kookiness. Hip, yes; hooray, no. (Kirkus Reviews)