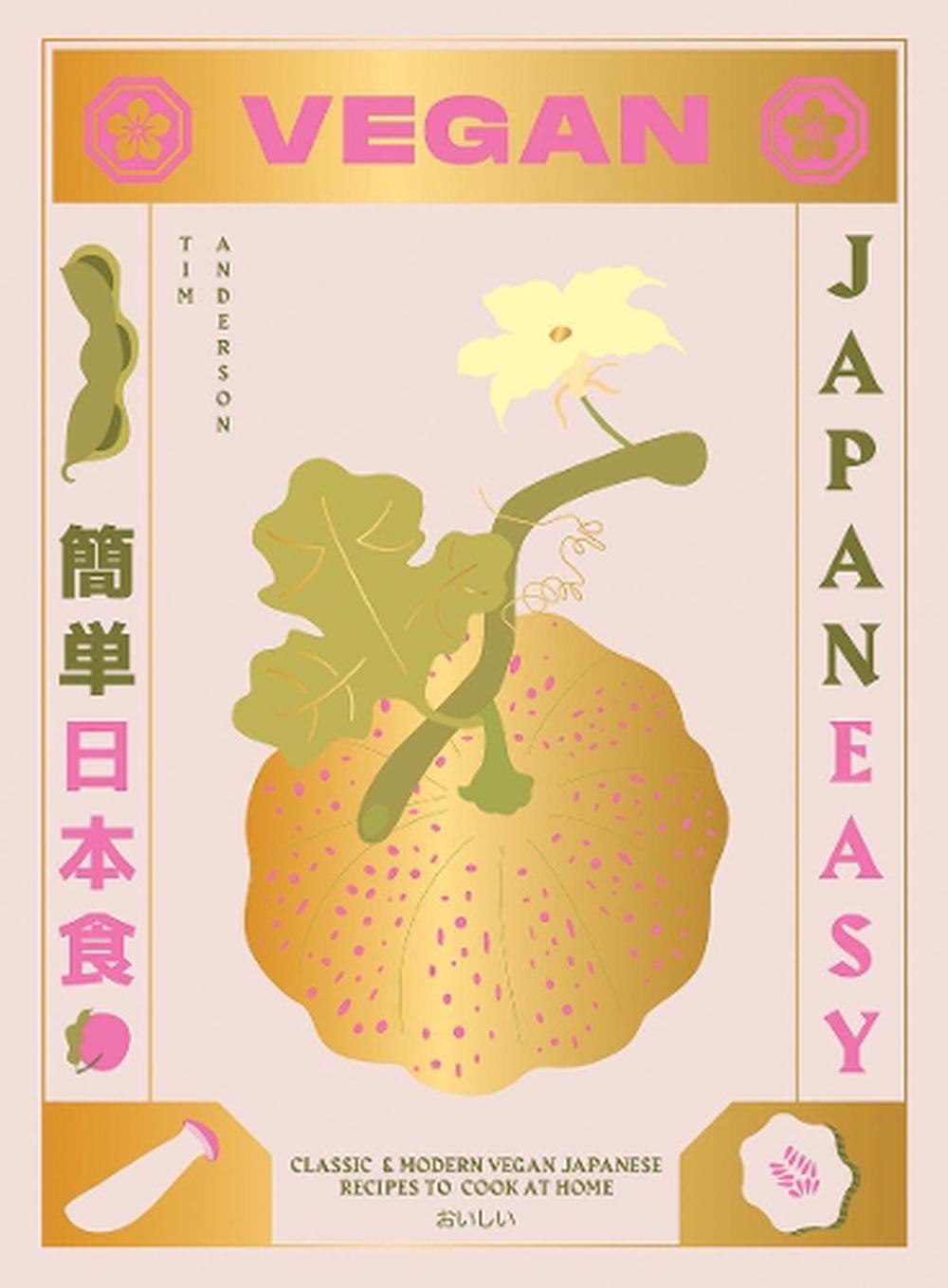 Believe it or not, Japanese cuisine in general is actually quite vegan-friendly, and many dishes can be made vegan with just a simple substitution or two. You can enjoy the same big, bold, salty-sweet-spicy-rich-umami recipes of modern Japanese soul food without so much as glancing down the meat and dairy aisles. And best of all, it's super-easy to make!

In Vegan Japaneasy, Tim Anderson taps into Japan's rich culture of cookery that's already vegan or very nearly vegan, so there are no sad substitutes and zero shortcomings on taste. From classics like Vegetable Tempura, Onigiri, Mushroom Gyoza and Agedashi Tofu, to clever vegan conversions including Cauliflower Katsu Curry, French Onion Ramen and Mapo Tofu with Ancient Grains, you don't need to be vegan to enjoy this tasty recipes. Add to that some outrageously good drinks and desserts, like the Watermelon Mojito and Soy Sauce Butterscotch Brownies, and you'll be spoilt for choice!

With ingredients like tangy miso, savoury shiitake mushrooms and zingy ponzu, to name a few, who needs meat? So if you're new to veganism, new to Japanese cooking, new to both, or you just want to expand your meat-free repertoire, this is the book for you!

Tim Anderson is a chef, food writer, and MasterChef champion. Born and raised in Wisconsin, Tim studied Japanese food culture at university and lived in Japan for two years. After moving to London, he won MasterChef in 2011, which catapulted him into a position as one of the UK's most prominent voices on Japanese food, American food, and craft beer. Tim's restaurant Nanban, opened in the heart of Brixton at the end of 2015, and has been widely supported by critics and customers alike. He is also author of JapanEasy and Tokyo Stories.