ISBN: 9781784705978
ANNOTATION:
Thomas needs to speak to his mother before she dies. But he's set to give a talk to a conference of physiotherapists in the Netherlands; 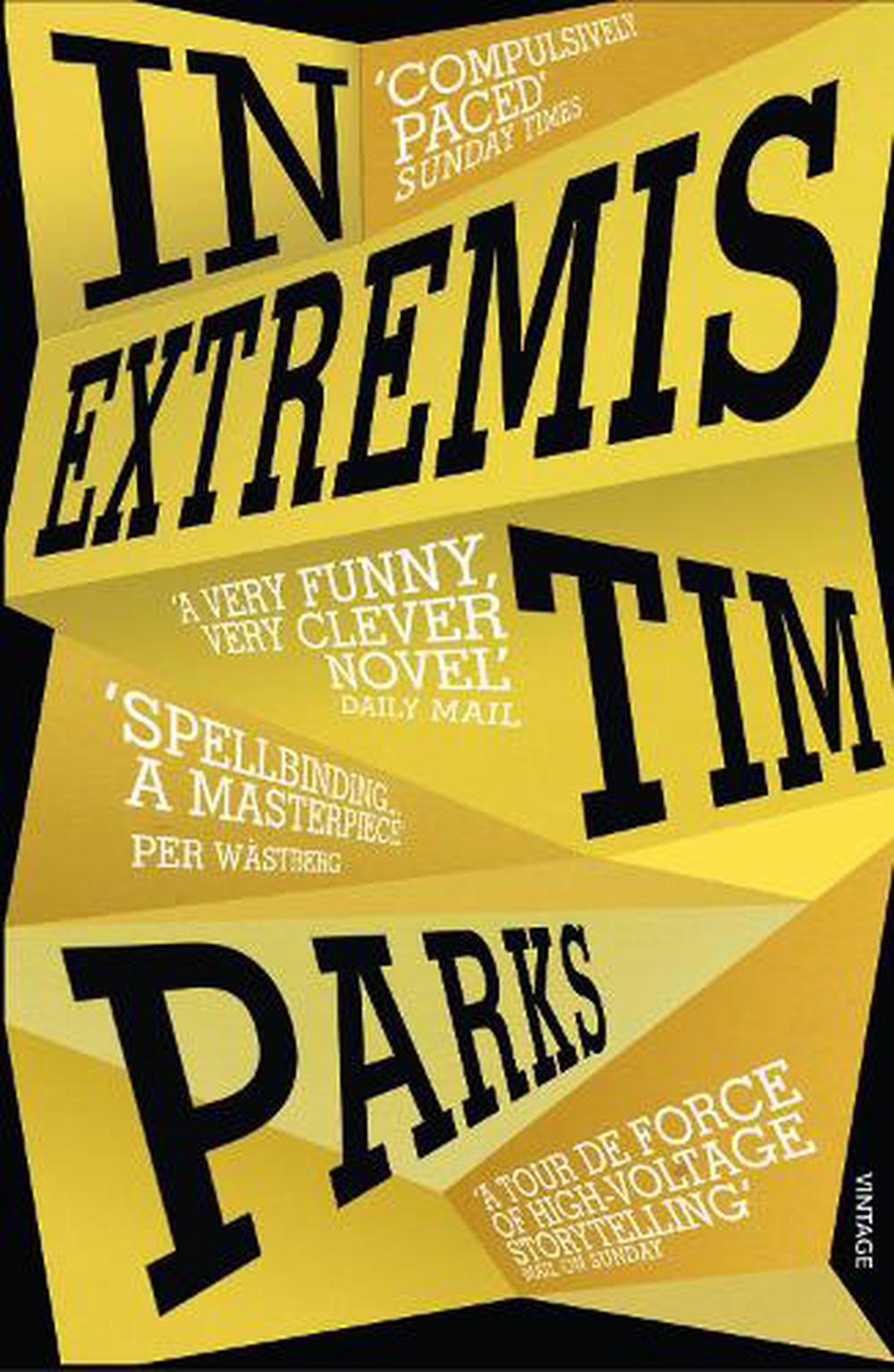 OTHER FORMATS:
ISBN: 9781784705978
ANNOTATION:
Thomas needs to speak to his mother before she dies. But he's set to give a talk to a conference of physiotherapists in the Netherlands;

Thomas needs to speak to his mother before she dies. But he's set to give a talk to a conference of physiotherapists in the Netherlands;

Thomas needs to speak to his mother before she dies.

But he's set to give a talk to a conference of physiotherapists in the Netherlands; if he leaves now will he get to her deathbed in time?

Will he be able to say what he couldn't say before? He can't concentrate on what is happening now- his mind won't sit still. Should he try to solve his friend's marital crisis? Should he reconsider his separation from his own wife? And why does he need to pee again?

In Extremis is Tim Parks's masterwork- a darkly hilarious and deadly serious novel about infidelity, mortality and the frailties of the human body.

Born in Manchester, Tim Parks grew up in London and studied at Cambridge and Harvard. He lives in Milan.

He is the acclaimed author of novels, non-fiction and essays, including Europa, In Extremis, A Season with Verona, Teach Us to Sit Still and Italian Ways. He has been shortlisted for the Booker Prize, won the Somerset Maugham Award, the Betty Trask Prize, the John Llewellyn Rhys Prize, the John Florio Prize and the Italo Calvino Prize.

Tim Parks's brilliant new comedy is an invigorating twist on the male mid-life crisis novel... A very funny, very clever novel that shows with tremendous verve how life is so often a beleaguering collision between the absurd and the profound. Daily Mail Tim Parks is a hugely talented writer, who deserves to be a good deal more celebrated than he is... thematically taut and compulsively paced. Sunday Times Head and shoulders above so many of the books turned out by similar writers... Parks, by being funny, explodes all that. This is a wonderfully written novel that draws us close to Thomas in spite of who he is, not, as a lesser author would have had it, because of how he's been carefully curated to be. -- Kirsty Gunn Guardian Nobody tells this sort of story better than Tim Parks, who has a gift, unrivalled among his contemporaries, for capturing the sheer rapidity with which unconnected trains of thought hurtle round and round in the human brain. The novel is a tour de force of high-voltage storytelling Mail on Sunday The best novel I read this year was Tim Parks's In Extremis, a frantic and minutely observed comedy of family, marriage, life and death. There is something in the synaptic twitch of Parks's prose that brings us closer to the pressures and rhythms of a lived life than the work of any other contemporary writer I can think of -- Mike McCormack New Statesman, Best Books of 2017