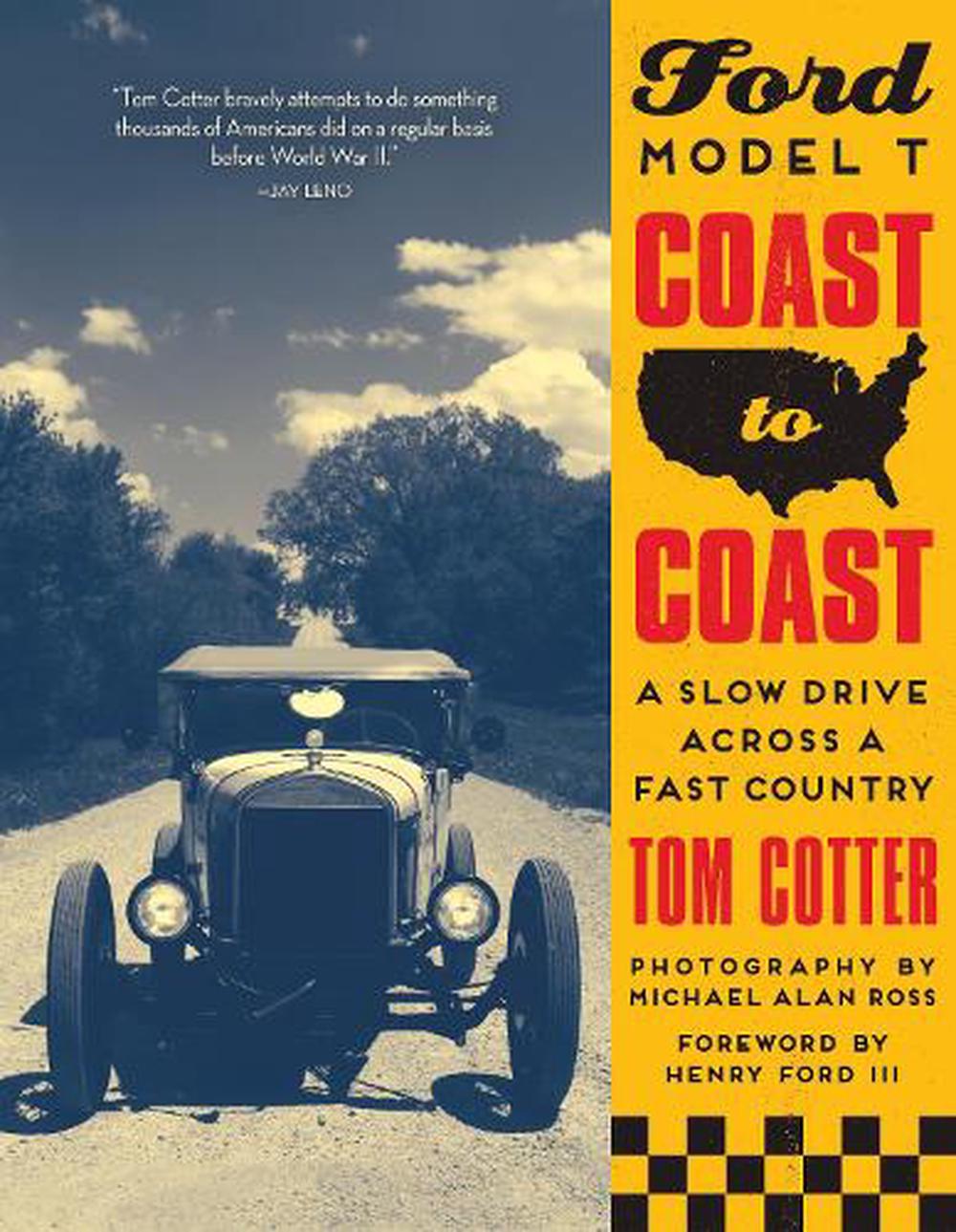 Automotive writer Tom Cotter undertakes a coast-to-coast road trip in an ancient Ford Model T. As the world embraces self-driving cars, what's it like to drive cross-country in the first mass-produced car?

The book is as much a contemplation of early-20th century American life as it is a fond farewell to the automotive age. Can the car still be the vehicle of freedom and discovery, when we're no longer in command? Or will we finally be able to fully appreciate the scenery rushing past?

Significant cross-country runs, such as those by speed-record setter Cannonball Baker, and literary adventurers such as Jack Kerourac, John Steinbeck and Bill Bryson are considered in light of the driverless future. Cotter also drives some of the same roads that a young Edsel Ford traveled in his father's Model T upon high school graduation in 1917.

In addition to the central road trip, Cotter also visits interesting automotive and transport museums as well as "keepers of the flame" such as Model-T clubs, mechanics, junkyards and collectors across the country.

He also records the numerous trials and tribulations in keeping a 100-year-old car operating on a 3,000-mile journey, something the driverless car of the future is unlikely to encounter.

Join Cotter on his "slow drive across a fast country." You'll be glad you did.

Tom Cotter had long been involved in nearly every end of the automotive and racing industries before he even wrote his first book. From mechanic and auto salesman to heading the public relations department at Charlotte Motor Speedway, Cotter formed his own racing and automotive PR and marketing agency, Cotter Group. The agency represented some of the largest clients in NASCAR, IndyCar/CART, drag racing and road racing. He has written biographies of the legendary Holman-Moody race team, Tommy Ivo and Dean Jeffries, but is best known for his series of barn find books, such as Cobra in the Barn, 50 Shades of Rust and Barn Find Road Trip. Cotter appears in the Barn Find Hunter video series, which is distributed by Hagerty Insurance. He teaches public relations at Belmont Abbey College, sits on the advisory board of McPherson College's Auto Restoration program, and is a member of the Road Racing Driver's Club (RRDC).