PUBLISHED: 27th April 2000
ISBN: 9780141182797
ANNOTATION:
It's New York in the 1940s, where the martinis flow from cocktail hour till breakfast at Tiffany's. And nice girls don't, except, of course, for Holly Golightly: glittering socialite traveller, generally upwards, sometimes sideways and once in a while - down. 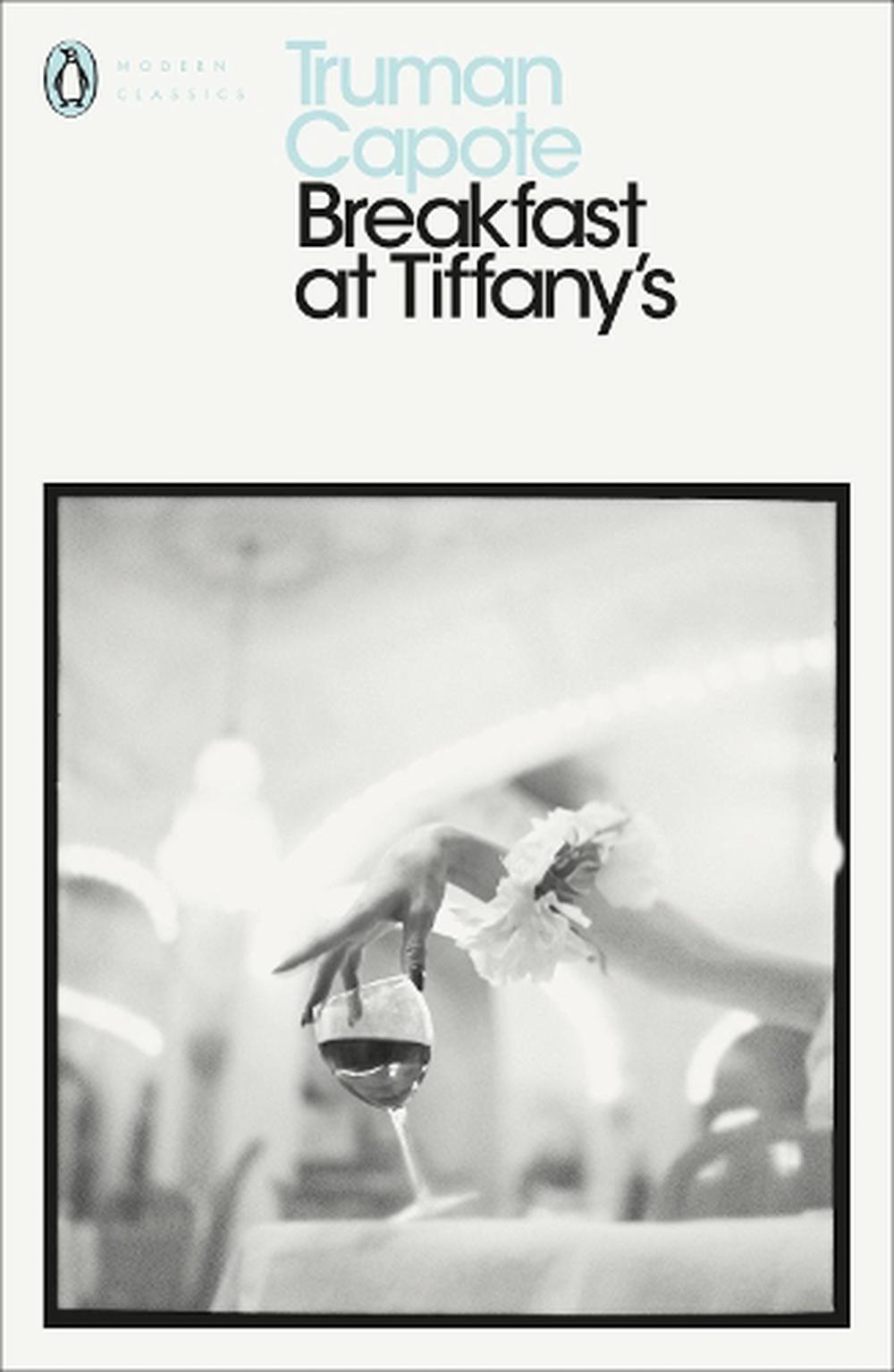 OTHER FORMATS:
PUBLISHED: 27th April 2000
ISBN: 9780141182797
ANNOTATION:
It's New York in the 1940s, where the martinis flow from cocktail hour till breakfast at Tiffany's. And nice girls don't, except, of course, for Holly Golightly: glittering socialite traveller, generally upwards, sometimes sideways and once in a while - down.

It's New York in the 1940s, where the martinis flow from cocktail hour till breakfast at Tiffany's. And nice girls don't, except, of course, for Holly Golightly: glittering socialite traveller, generally upwards, sometimes sideways and once in a while - down.

Immortalised by Audrey Hepburn's sparkling performance in the 1961 film of the same name, Breakfast at Tiffany's is Truman Capote's timeless portrait of tragicomic cultural icon Holly Golightly, published in Penguin Modern Classics.It's New York in the 1940s, where the martinis flow from cocktail hour till breakfast at Tiffany's. And nice girls don't, except, of course, for Holly Golightly- glittering socialite traveller, generally upwards, sometimes sideways and once in a while - down. Pursued by to Salvatore 'Sally' Tomato, the Mafia sugar-daddy doing life in Sing Sing and 'Rusty' Trawler, the blue-chinned, cuff-shooting millionaire man about women about town, Holly is a fragile eyeful of tawny hair and turned-up nose, a heart-breaker, a perplexer, a traveller, a tease. She is irrepressibly 'top banana in the shock deparment', and one of the shining flowers of American fiction.This edition also contains three stories- 'House of Flowers', 'A Diamond Guitar' and 'A Christmas Memory'.If you enjoyed Breakfast at Tiffany's, you might like Capote's In Cold Blood, also available in Penguin Modern Classics.

Truman Capote (1924-84) was born in New Orleans. He left school when he was fifteen and subsequently worked for The New Yorker, which provided his first - and last - regular job. He wrote both fiction and non-fiction - short stories, novels and novellas, travel writing, profiles, reportage, memoirs, plays and films; his other works include In Cold Blood (1965), Music for Chameleons (1980) and Answered Prayers (1986), all of which are published as Penguin Modern Classics

Far darker and more disturbing than the fizzy Hepburn screen version, this examination of an irresistible and amoral young woman on the make in Manhattan is a masterpiece of characterization and dialogue. Capote packs in humour, pathos and wicked observation. (Kirkus UK)

Excursions into other worlds of other depths have been the source material and trademark of Capo??'s literary career. Breakfast at Tiffany's a novelette and three short stories, is no exception and bears the indelible mark of Capote and an indication of his literary maturation. Holly Golightly, the heroine of the novelette, is the neurotic product of experience as a child-bride, girl-about-New York, pay-as-you-play. Innocent services to a dear Mr. Sally Tomato result in her complicity in gangsterdom. She takes a quick trip to Rio and soon discovers rich and duha?? Senor, forgetting, thereby, the insults wafted by a rich Brazilian of indefinable vocation, a Hollywood VIP, and a lost cat. The short stories, notably House of ?? are more reasonable. A girl from the mountains, who had turned prostitute, gives up all for love; an old prisoner revives his interest in life when Tico Feo, a soft-spoken Cuban boy, plays his diamond guitar; recollections of fruit-cake-making by a young child and his friend, an old woman. The vague undertones of homosexuality and the elements of weirdness are hot as pronounced as in former books. These stories are gentle, delicate and almost sound. (Kirkus Reviews)