Intruder In The Dust

PUBLISHED: 8th August 1996
ISBN: 9780099740315
ANNOTATION:
An elderly, proud black farmer, Lucas Beauchamp, is wrongfully arrested for the murder of a white man. The lynch mob are baying for his blood. His sole hope lies with a young white boy, bent on repaying an old favour, who with the help of Lucas's cynical lawyer will work to find the truth and hatch a risky plot to prove his innocence. 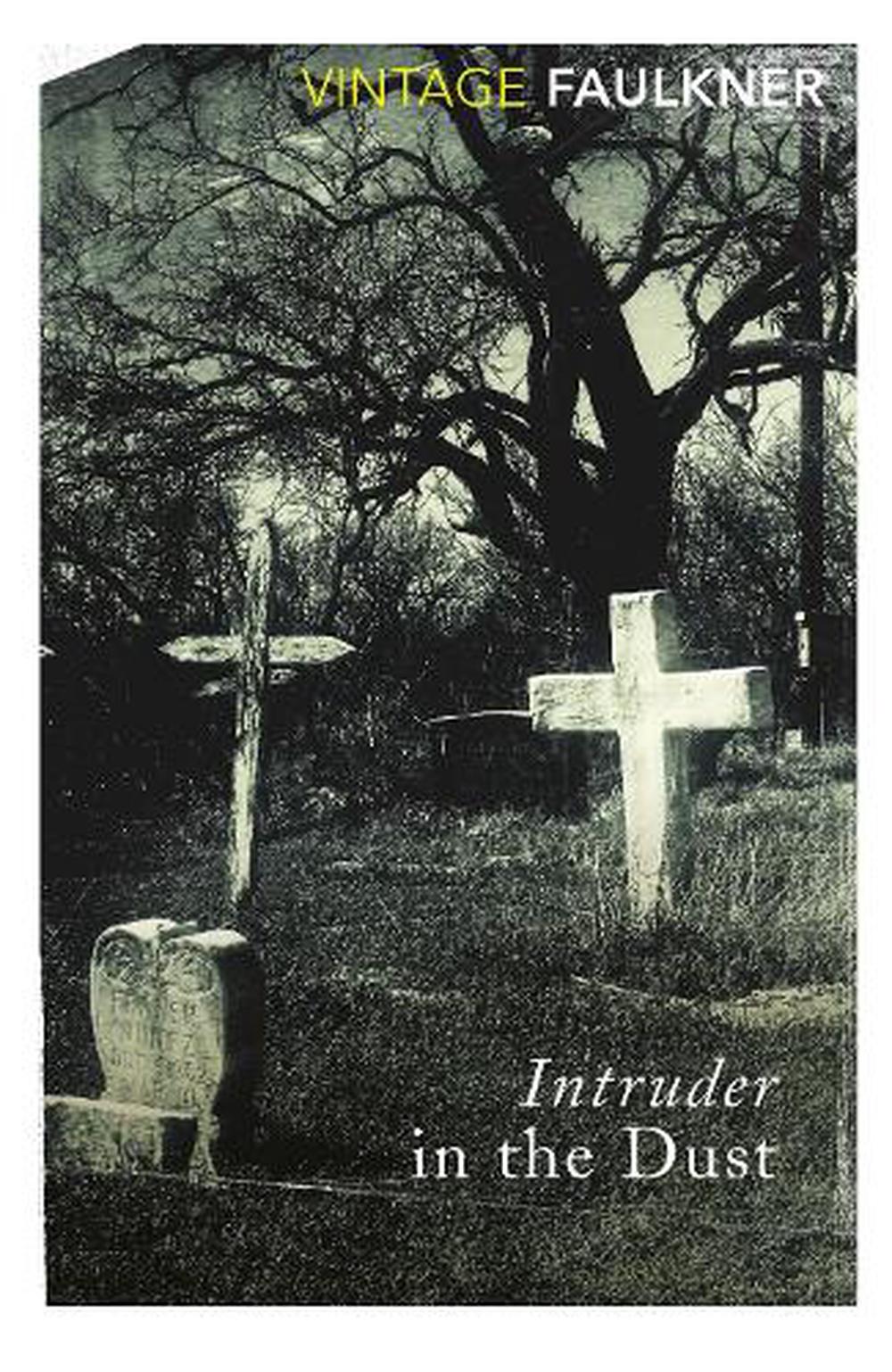 An elderly, proud black farmer, Lucas Beauchamp, is wrongfully arrested for the murder of a white man. The lynch mob are baying for his blood. His sole hope lies with a young white boy, bent on repaying an old favour, who with the help of Lucas's cynical lawyer will work to find the truth and hatch a risky plot to prove his innocence.

Set in the deep south that provided the backdrop for all of Faulkner's finest fiction, INTRUDER IN THE DUST is the novel that marks the final phase of its author's outstanding creative period. The chronicle of an elderly black farmer arrested for the murder of a white man and under threat from the lynch mob is a characterist-ically Faulknerian tale of dark omen, its sole ray of hope the character of the young white boy repays an old favour by proving the innocence of the man who saved him from drowning in an icy creek.

Born in 1897 in New Albany, Mississippi, William Faulkner was the son of a family proud of their prominent role in the history of the south. He grew up in Oxford, Mississippi, and left high school at fifteen to work in his grandfather's bank. Rejected by the US military in 1915, he joined the Canadian flyers with the RAF, but was still in training when the war ended. Returning home, he studied at the University of Mississippi and visited Europe briefly in 1925. His first poem was published in The New Republic in 1919. His first book of verse and early novels followed, but his major work began with the publication of The Sound and the Fury in 1929. As I Lay Dying (1930), Sanctuary (1931), Light in August (1932), Absalom, Absalom! (1936) and The Wild Palms (1939) are the key works of his great creative period leading up to Intruder in the Dust (1948). During the 1930s, he worked in Hollywood on film scripts, notably The Blue Lamp, co-written with Raymond Chandler. William Faulkner was awarded the Nobel Prize for Literature in 1949 and the Pulitzer Prize for The Reivers just before his death in July 1962.

"He has written a novel which in form is a thriller - and a very good thriller too - but this is without detracting from its profundity" New Statesman "A very good novel indeed" -- John Betjeman "Faulkner has inexhaustible invention, powerful imagination, and he writes, generally, like an angel" -- Arnold Bennett

After a silence of eight years, Faulkner's new novel is sure of critical attention and wide interest, not only from the sheerly literary aspect but as an indication of Southern feeling on the controversial subject of the Negro. For the story here hinges on a 16 year old boy's active participation in preventing a Negro, Lucas Beauchamp, from being lynched for the murder of a white man and in being receptive to the impact of change in his inherited misjudgment of the black and white question. Charles, hating his debt to Lucas, who had once saved his life, is the only one who will listen to Lucas' hints as to his innocence, is driven to dig up the dead man to find proof of it. Aided by Aleck Sander, his colored companion, and Miss Habersham, a determined, incorruptible spinster, they accomplish their task and find, not Vinson Gowrie, Lucas' supposed victim, but a timber buyer casually known in the county. When they return, with the Sheriff, the body is gone, and Vinson's family, respected for the terror they have created, help locate that body as well as Vinson's, and the murderer as well, thereby clearing Lucas... That is the plot powered theme, that "injustice is ours, the South's. We must expiate and abolish it ourselves, alone and without help, not even advice."... "human life is valuable simply because it has a right to keep on breathing."... which, in showing how homogeneity in the South, and the Southern tradition of men of good will, is argued and expanded exhaustively, in a flow of concentrated prose. Faulkner's Mississippi and its inhabitants seem to have exchanged some of their nightmare quality for a quality of mercy, Southern style. (Kirkus Reviews)