On the Pleasure of Hating 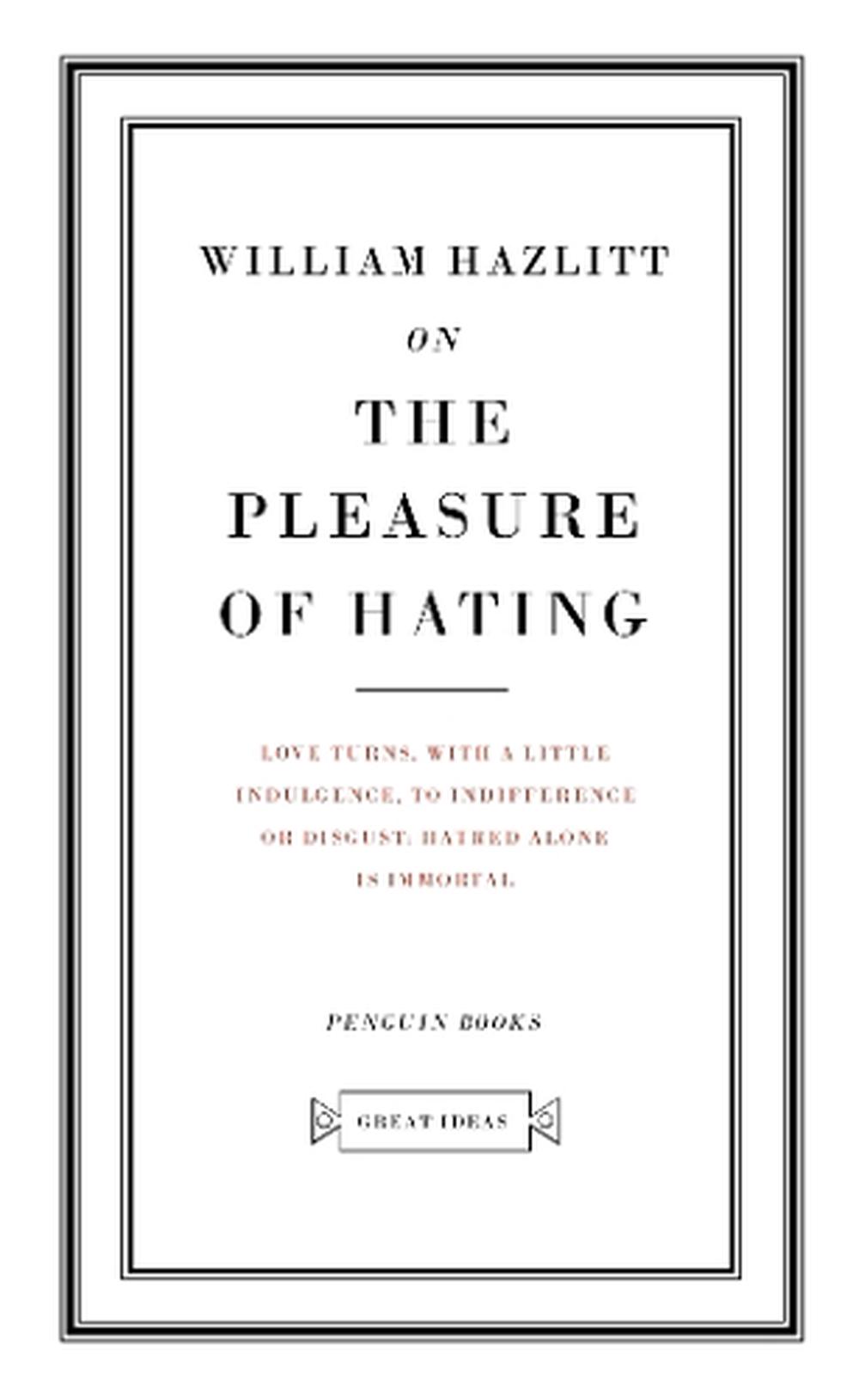 PUBLISHED: 2nd September 2004
ISBN: 9780141018928
ANNOTATION:
William Hazlitt's tough combative writings on subjects ranging from slavery to the imagination, boxing matches to the monarchy, established him as one of the greatest radicals of his age and have insspired journalists and political satirists ever since.
$16.59
Or pay later with

William Hazlitt's tough combative writings on subjects ranging from slavery to the imagination, boxing matches to the monarchy, established him as one of the greatest radicals of his age and have insspired journalists and political satirists ever since.

Throughout history, some books have changed the world. They have transformed the way we see ourselves and each other. They have inspired debate, dissent, war and revolution. They have enlightened, outraged, provoked and comforted. They have enriched lives and destroyed them. Now Penguin brings you the works of the great thinkers, pioneers, radicals and visionaries whose ideas shook civilization, and helped make us who we are.

William Hazlitt (1778-1830) was a prolific journalist, parliamentary reporter, dramatic and literary critic, essayist and lecturer. He was the one of the first English writers to make a profession of descriptive criticism.